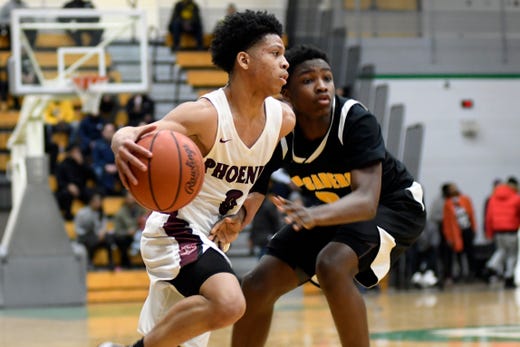 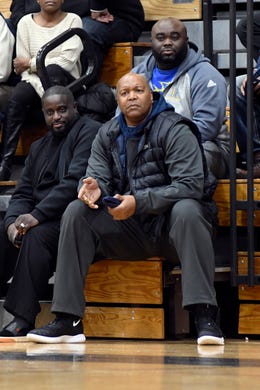 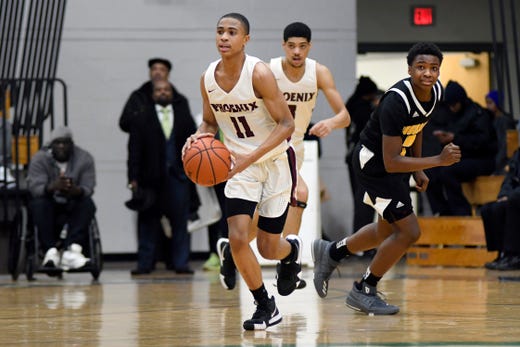 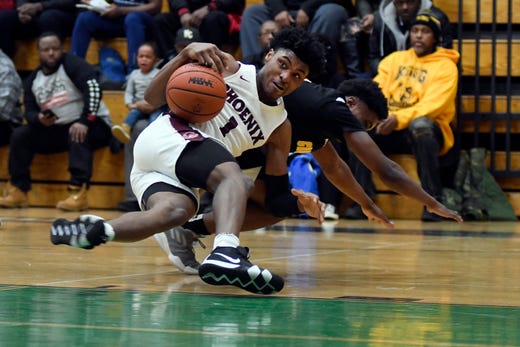 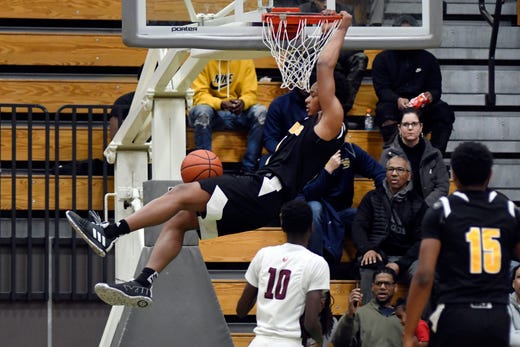 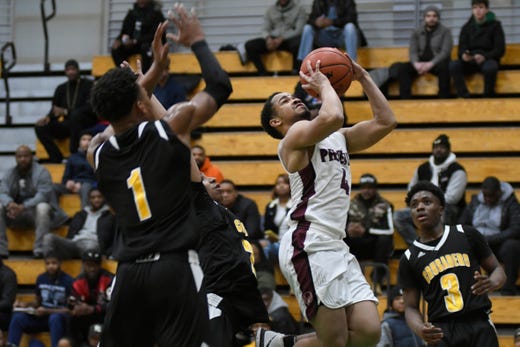 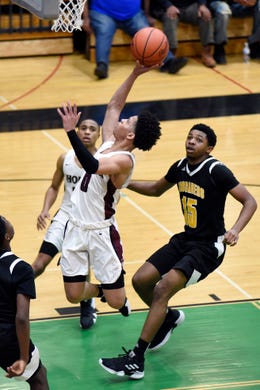 Detroit Renaissance’s Keon Henderson (0) goes up for a basket against Detroit King during the fourth quarter. Jose Juarez, Special to Detroit News
Fullscreen 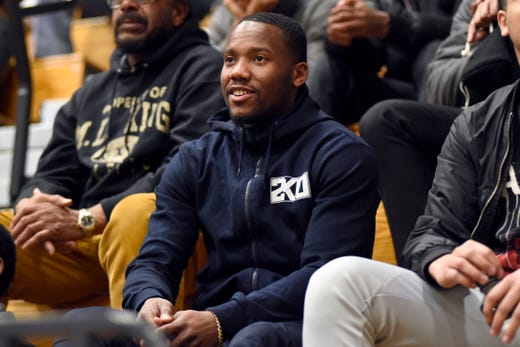 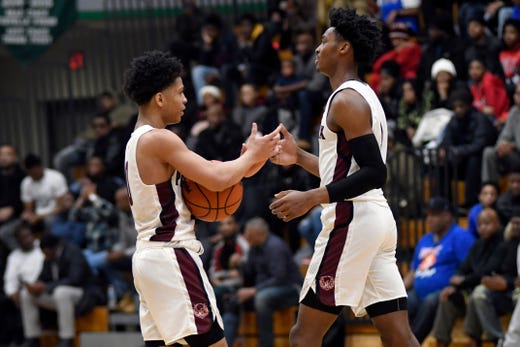 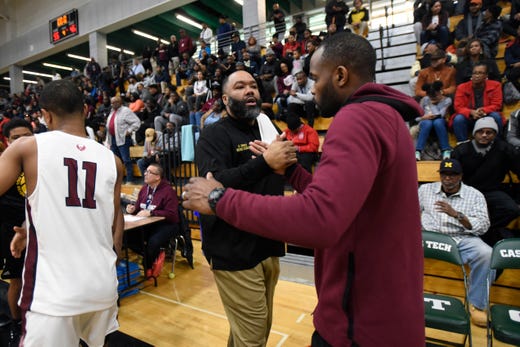 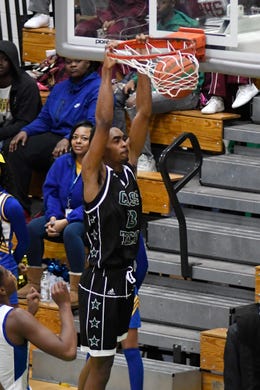 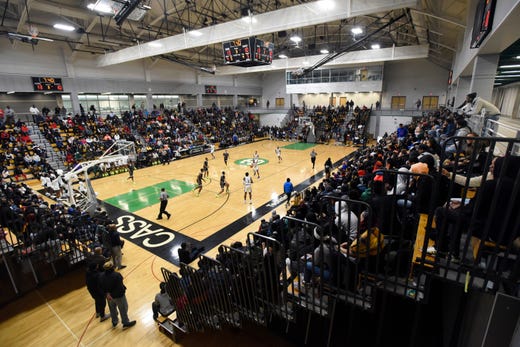 More than 2,000 people fill the stands as they watch the second quarter between Cass Tech and Detroit Pershing, Tuesday, Feb. 12, 2019, in a PSL boys basketball semifinal held at Cass Tech HS in Detroit. Jose Juarez, Special to Detroit News
Fullscreen
Detroit Pershing's Tharren Hill (4) goes in for a layup as his lane is blocked by Cass Tech's Joshua Harris during the second quarter. Jose Juarez, Special to Detroit News
Fullscreen 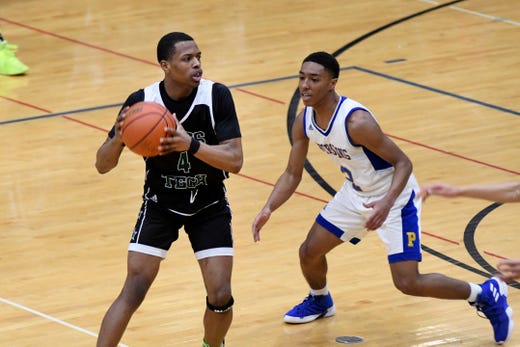 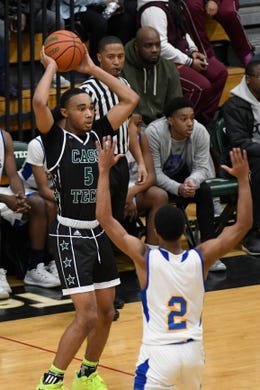 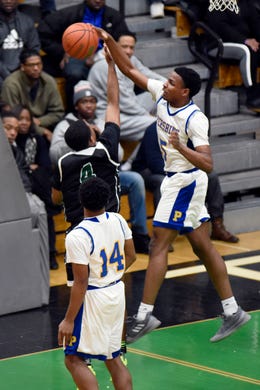 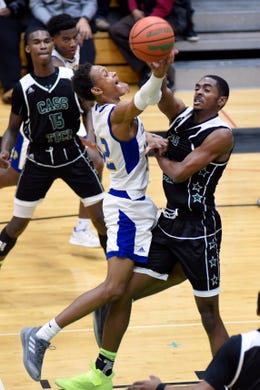 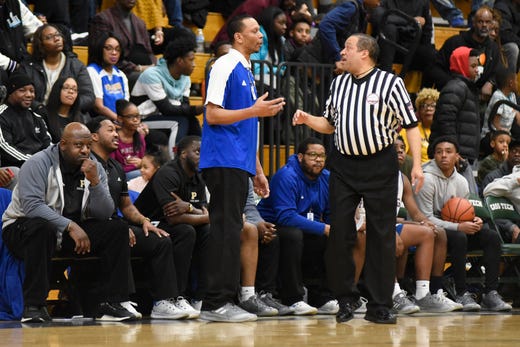 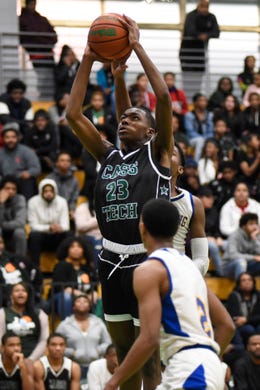 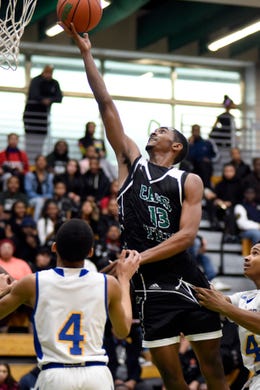 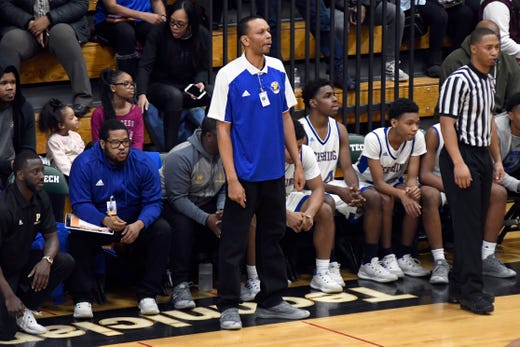 Detroit — Chandler Turner played like a senior leader Tuesday evening in the PSL semifinal, coming out with great energy to help give Detroit Renaissance the lead, then making big plays down the stretch to lead his team to a 55-46 upset win over No. 6 Detroit King before more than 2,000 fans at Cass Tech.

Turner, a 6-foot-6 guard/forward, scored seven in the opening quarter to spark a 12-8 lead, then Renaissance went on a 8-0 run to start the second quarter with Kaylein Marzette and Juwan Maxey each making 3-pointers to open up a 20-8 cushion.

Simply put, King (15-3, 9-1 Midtown) was careless with the ball and struggled with its shooting, turning the ball over 10 times in the opening half and making just 11-of-29 shots from the field through three quarters, including just 1-of-11 three-pointers.

King did pull within 45-40 with 2:40 left on Jordan Whitford’s 3-pointer, but those were the lone points coming off of four turnovers that King had forced with its fullcourt pressure during the final three minutes of the game.

“This is exciting, just to be back in this position for the first time since ninth grade, it’s really amazing to be back in this position with all the drama and everything,” said Turner, talking about the firing of longtime Renaissance coach Vito Jordan this past fall despite having a team capable of competing for the state championship and then losing a potential Mr. PSL and Mr. Basketball player in Carrington McCaskill who transferred after Jordan’s ouster.

Renaissance advanced to PSL championship games in 2015 and ’16, losing both times, then finishing 15-7 last season.

“We were just switching everything around, man, zone, just kept switching,” said Turner, who finished with 14 points and six rebounds and will be playing at Bowling Green next season. “Really, we’ve finally perfected everything that we’ve been working all season and I’m glad that it’s paying off now. It’s just great to be back playing on the big stage again.”

Whitford scored 19 for King with 12 coming during the fourth quarter, and 6-4 sophomore Omar Zeigler scored 14.

After Zeigler split a pair from the line to pull King to within 47-41 with 2:10 left, Turner scored inside, then made a free throw on Renaissance’s next possession for a 50-41 advantage with just over a minute left.

Whitehead, a 6-5 senior forward, scored off an alley-oop dunk, then made an inside basket before knocking down a 3-pointer during the pivotal run. He finished with 19 points and nine rebounds, making 6-of-9 shots from the field.

“That was an important run because we needed to get some momentum to keep the pressure up so we could keep the lead,” Whitehead said. “It feels great to be in the championship game. We just need to all be on the same page to come out on top (against Renaissance).”