David Goricki of The Detroit News selects the top girls basketball players in the state. 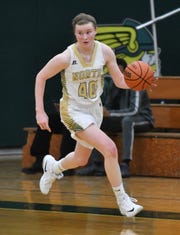 David Goricki of The Detroit News selects the top girls basketball players in the state.

Ayrault had the ability to put up big numbers, backed up with her 30-point performance in a 60-48 regional semifinal upset win over No. 3 Birmingham Marian. The Michigan State-bound Ayrault averaged 20 points, nine rebounds, 4.4 steals, four blocks and 3.4 assists.

“One of my favorite things about Julia is that she is a great teammate,” coach Gary Bennett said of the Miss Basketball finalist. “She makes a strong connection with her teammates through her passing. She wants everyone to feel happy, comfortable, welcome and important, and I think the one way she guarantees that this happens is by being inclusive with her passes. By that I mean that she includes everyone in her field of vision, and considers every teammate to be a potential receiver.”

Elliott showed her ability to score in multiple ways, including transition, off of putbacks or by making the 3-pointer. She averaged 17.4 points, 5.4 rebounds, three steals and three assists to help Edison earn its third straight state championship.

“Gabby is a quiet player who feeds off of Rickea (teammate and Miss Basketball award winner Jackson) who challenges her in practice, resulting in her answering it,” coach Monique Brown said. “She just works and lets her play do the talking. She’s a great competitor, has a high motor, is a strong defender and really runs the floor well. She can shoot from the perimeter, get to the basket and was able to bang in the post since she’s gotten stronger.” 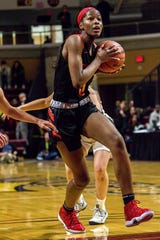 Jackson earned the title of Miss Basketball for Michigan while leading Edison to a third straight state championship. She averaged 22.1 points and 8.1 rebounds, including 28 points on 11-of-16 shooting in the 77-58 Division 2 state championship game win over Freeland.

“Rickea’s size and versatility is super special, as is her competitiveness and drive to get better,” coach Monique Brown said. “Her will and desire to win was second to none.”

She will play next season at Mississippi State.

Joiner showed her all-around ability when she had a triple-double (14 points, 10 rebounds, 10 assists) in a 58-55 state semifinal win over Wayne Memorial, then following it up with a 17-point, 8-rebound, 8-assist effort, making 4-of-9 3-pointers in a 55-40 Division 1 state title game win over Southfield A&T to repeat as state champions.

“We’ve been knowing about that for four years with Mo, the versatility and the fact she plays every position on the floor, guards the best player, rebounds and gets assists,” coach Vonnie DeLong said of Joiner’s triple-double ability. “She’s extremely good, has a high basketball IQ and that enables her to do as well as she does.”

Joiner will play next year at Michigan State.

Winston had a strong senior season for Muskegon, averaging 24.7 points, 3.3 steals and 3.2 assists to help Muskegon reach its first Division 1 state semifinal appearance in program history while being a Miss Basketball finalist. She scored 25 in a state semifinal loss to Southfield A&T, helping her team battle back from a 20-point first half deficit to put itself in position to take the lead in the final minutes.

She will play next year at Michigan State.

Coach of the Year

Brown is busy putting together a dynasty at Edison, coming away with three straight state championships with plenty of quality players returning to compete for yet another title next season. Edison showcased Miss Basketball award-winner Rickea Jackson (Mississippi State) this season, has one of the top players in the 2020 class in Gabrielle Elliott and one of the premier players in the country in the 2021 class in point guard Damiya Hagemann.

“The strength of this year’s team was its competitiveness,” Brown said. “Their will and desire to get better was huge and they wanted to push that competitiveness on the freshmen. Our compete level in practice was high, making them tough and once we got to the games it seemed easy for them.” 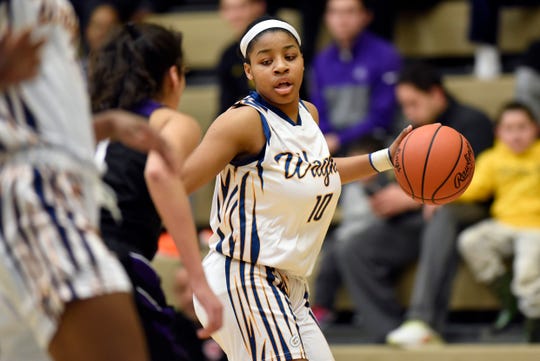 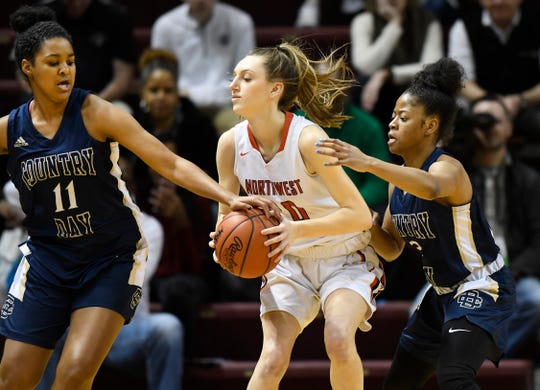 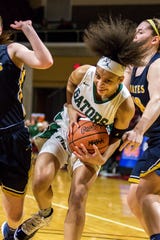 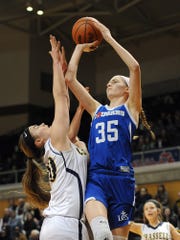