Six players from Michigan have made the new ESPN 300 – a ranking of the top 300 college football prospects in the 2020 recruiting class. 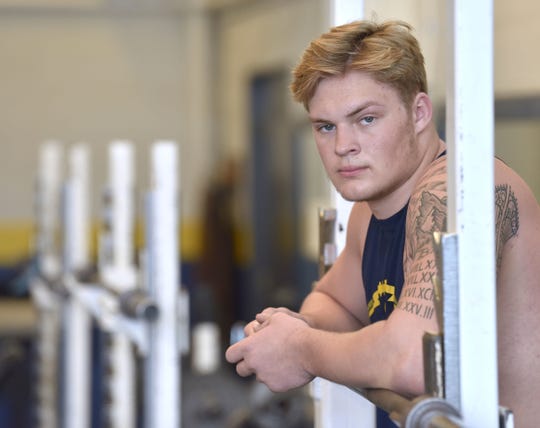 Six players from Michigan have made the new ESPN 300 – a ranking of the top 300 college football prospects in the 2020 recruiting class.

The highest-ranked Michigan player is defensive end Braiden McGregor of Port Huron Northern. McGregor committed to Michigan in May.

Oak Park two-way lineman Justin Rogers, a Kentucky commit, is next on the list at No. 113.

McGregor is also the highest-ranked University of Michigan commit on the list, followed by Illinois receiver A.J. Henning at No. 105, Seldon at No. 157, Maryland running back Blake Corum at No. 176, New Jersey safety Jordan Morant at No. 195 and Massachusetts linebacker Kalel Mullings at No. 207.

The No. 1 player is Houston running back Zachary Evans, who is uncommitted but is considering Alabama, LSU, Georgia, Texas and Texas A&M, among others.