Dexter will try to get off to its first 4-1 start since 1983 — or a year before the Tigers’ last World Series title — when it plays host to Adrian (0-4) in a Southeastern Conference White Division game on Friday. 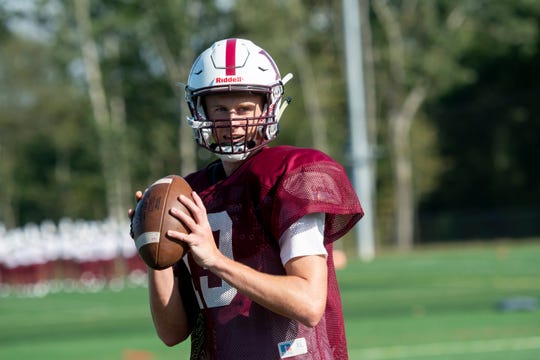 Dexter — It was a little more than a year ago that Dexter ended its 42-game losing streak with a Week 2 win over Ypsilanti.

Now, Dexter will try to get off to its first 4-1 start since 1983 — or a year before the Tigers’ last World Series title — when it plays host to Adrian (0-4) in a Southeastern Conference White Division game on Friday.

Dexter had a surprising season last year when it finished 6-4, made its first state playoff appearance, falling at then-unbeaten and No. 19 South Lyon, 31-24.

Coach Phil Jacobs and his players feel they have the talent to get the job done.

“When we first took over and got them in the weight room we felt that this was the year that could be special because of the kids coming into the program,” said Jacobs, who took over the Dexter job after the 2016 season, then suffered through another 0-9 season before last year’s turnaround. “We had success come a year early and the kids have continued to work hard, believe in what we’re doing and are now having the type of season we felt we could back then.” 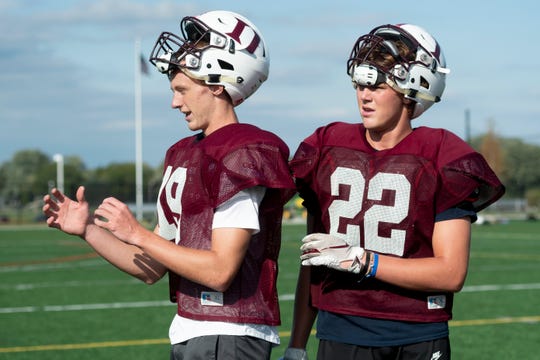 One of the top targets for quarterback Colin Parachek, left, is his brother Brennan, right. (Photo: David Guralnick, The Detroit News)

Parachek has played with confidence again his junior year, showing he is comfortable in Jacobs’ spread offense, throwing for 1,180 yards and 16 TDs with just two interceptions while leading Dexter to a 3-1 start. In the team’s lone loss, a 22-17 season-opening setback to Chelsea, he completed 30-of-46 for 398 yards and two TDs with his two interceptions.

“The game has just kind of slowed down for me,” Parachek said. “I did a lot of work this off season, kind of worked on the mental side of the game, kind of going over coverages, identifying blitzes and stuff like that, and it’s really slowed the game down and allowed me to kind of just play the game and not worry as much at what other people are doing, just focus on what I’m doing and trying to make plays.” 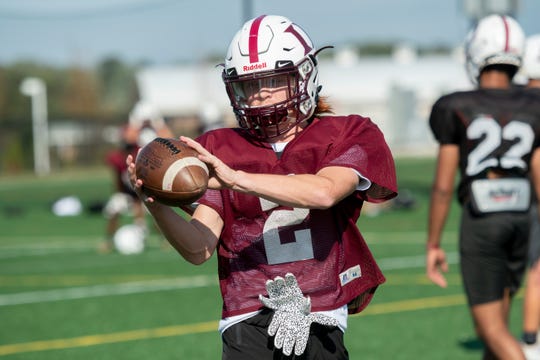 “Antwan’s route running is unlike anything that I’ve ever seen, his change of direction. We kind of laugh when teams try to play man against us because we don’t think anybody can guard him man-to-man. The way he runs his routes is so precise and once he catches the ball it’s tough to tackle him in the open field. Rhett is the same way as Antwan. Teams don’t know a lot about him because he was hurt last year, so teams are focusing on Antwan right now, trying to take him away which has allowed Rhett to have a great year.”

And, on playing with Brennan?

“It’s awesome, I never really imagined it happening his freshman year, so it will be cool to play two years with him,” Collin said. “He’s something that we’ve never really had here at Dexter. He’s a big target and you’re really not tackling him backwards. He’s getting yardage every time he gets the ball. He’s a big target to go to and he’ll go up and grab it, just sometimes throw that jump ball to him.”

Brennan has enjoyed playing with his brother.

“It’s crazy, a great experience because I’ve always wanted to play with him, just didn’t think it would happen so soon,” Brennan said. “We have like this connection because we’ve been playing catch since I was 3. We just have this connection where I know where he wants me to be and he knows where he wants me to be. I feel like my best route is something where I’m able to cut, like either a post or I like jump balls because I’m tall and I can get up there.”

“He just seems to make the right reads, and we’ve got a really good group of receivers that he’s distributing the ball to,” Jacobs said.

“He’s getting looks, but he doesn’t have any offers,” Jacobs said. “I don’t understand it. What he does on the field is unbelievable. His arm strength has improved a lot, and his decision making has improved a lot too. He gets rid of the ball quickly.” 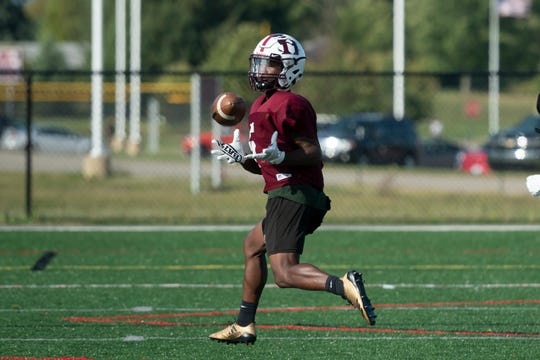 Ficklen, who runs a 4.4 40, has offers from Toledo, Ferris State, Saginaw Valley and multiple FCS schools.

“We accomplished a lot last year and Coach Jacobs got us working, we’re way ahead of where we were last year,” Ficklen said. “We want a playoff win this year. The goal is to get to Ford Field.

“I’ve just been focusing on my route running. And, I feel Rhett is a good player. He helps a lot because when teams double me like Chelsea did, Rhett will get open and make a catch, and then we’ve got Brennan too.”

Rhett Jacobs had a fracture in his fibula early in the ’18 season and was sidelined the rest of his junior year.

“It was really disappointing because I wanted to be a part of that, but I knew I was hurt so I had to fill a bigger role and cheer on my team any way I could,” Rhett said.

And, on being able to play his senior year?

“It’s really exciting to get back out there and play with my boys, I couldn’t ask for anything better,” Rhett said. “We’re going to try and host a playoff game, that would be ideal, that be fun, and then go out and win it.”