Senior Michaleigh and sophomore Lillian believe the school was on the cusp of winning its first state title since 2007.

The Vallimont sisters were planning to make this season a special one before Michaleigh made her way to Central Michigan to play softball for the Chippewas.

Michaleigh, a standout shortstop, and her younger sister, Lillian — a sophomore catcher — felt Allen Park Cabrini could challenge for the Division 4 state championship this spring. But Cabrini will not get that chance since the COVID-19 pandemic put an end to the season before it got started. 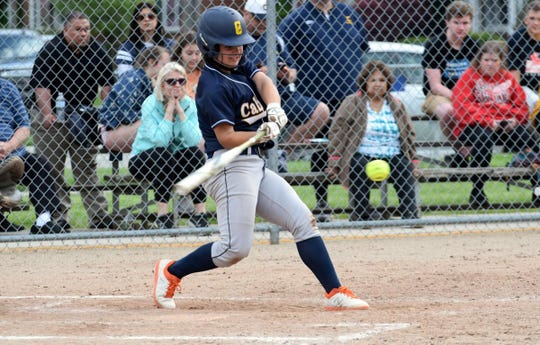 Michaleigh Vallimont hit .535 last season with 12 home runs and Lillian hit .557 with 11 homers with each knocking in 49 runs to help Cabrini to a 25-5 record, losing to Division 1 state champion Warren Regina in the Catholic League title game before getting upset by Riverview Gabriel Richard in the district, a team it beat three times during the regular season.

“The toughest part is not being able to play the last season with my sister. We’re graduating five or six seniors, so this was supposed to be our year. I think everyone was looking forward to this season, working hard to be ready, feeling this was our year to go all the way.”

Michaleigh Vallimont was looking forward to her senior year, feeling she could have helped Cabrini win its first state title since 2007 and make its first state championship game appearance since 2010.

“It’s really hard, definitely a hard pill to swallow, just because everyone always talks about team chemistry and there’s no better bond than your actual blood sister, so we definitely had high expectations and we wanted to go far, especially being my last year,” Michaleigh said. “She’s (Lillian) grown as a player so much from her freshman to sophomore year, so it would have been amazing to go out and win states with her, especially for Cabrini and our family.”

Though the high school season is over, the Vallimont sisters are still training together.

“We go to the field a lot, our mom owns a trucking company, so she put in a batting cage there and we’ll take some cuts while listening to music. We’ll also go to the field a lot, to field and throw. There are days we get on each other’s nerves, but it definitely pushes us, and it’s the best thing to have her push me to get better.

“I guess now my high school days are over and my college career has officially started. I’ve talked to my strength and conditioning coach (at CMU) and talked to my coaches, getting me ready.”

Cabrini longtime coach Debbie Norman wanted that final year with Michaleigh and the rest of the seniors.

“I was really devastated this year because we probably could have had one of the best teams at Cabrini,” said Norman, who started as Cabrini’s head coach in 2000 and was set to start her third decade at the school. “We had six kids that made commitments, three seniors and then three underclassmen. This is the time where the seniors would have been with me four years, so it was a culmination of the growth and everything with them, then we had some very talented underclassmen.

“Last year, we split with Regina and they won the Division 1 state championship and we played USA (Division 4 state champion Unionville-Sebewaing) to extra innings in a tournament in Beaverton, so the team was right there, just a little young and we didn’t lose much.”

If this was supposed to be one of Norman’s best teams, it would have been special since Cabrini won consecutive Division 4 state championships in 2006 and ’07, then losing state title games in 2008 and 2010 in Division 3.

Cabrini owns the state record for consecutive wins (80, 2006-08) and possesses the national record for fewest runs allowed in a season (one, 2007).

The Vallimont sisters and junior pitcher Mackenzie Noah (Taylor University) all earned all-state honors last season. Junior outfielder/infielder Wyndhem Reid is a Bowling Green commit and will be back next year to work with Lillian Vallimont.

No return trip for Howell

Howell coach Ron Pezzoni believed his team had the ability to make a return trip to MSU and this time get the job done with seven starters back from last year’s Division 1 state runner-up team. 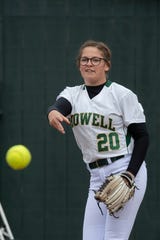 “Molly had surgery over the offseason, so I didn’t know what her status would be, but believed she would have been full strength by the end of May. But our top hitter, Avery Wolverton, is probably one of the top four pitchers in the state, so we would have still been fine,” Pezzoni said. “All of this (COVID-19 pandemic) stinks, the players miss it, the coaches miss it, but you have to do what you have to do, but this was a close-knit group, one that was fun to be with.”

While Pezzoni’s dream of a state championship is over, he is proud of the fact that 15 of his 25 seniors the last six years have moved on to play college ball. He owns Turnin2 travel baseball and would love nothing more than to be busy with the organization this summer.

Northwestern is getting some of the top talent from Michigan with head coach Kate Drohan and her twin, associate head coach Caryl Drohan, leading the way for nearly two decades, guiding the Wildcats to the 2006 national championship game. 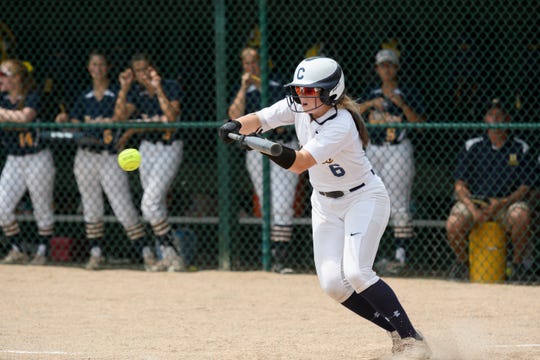 The Drohan twins have been getting quality players from Metro Detroit since convincing former Detroit King infielder Robin Thompson to come to Evanston and help the Wildcats earn NCAA tournament appearances in 2008 and ’09, then earning second-team All-Big ten honors in 2011.

“I think all the people are going to Northwestern because of the coaches,” Lillian Vallimont said. “They are the reason I chose Northwestern. They are amazing and create a bond. For instance, this fall they had a perfect attendance at all my games. I played on the Tennessee Mojo. There are 10 girls from 10 different states on that team, and they (Northwestern coaches) were at all my games. They build great relationships.

“Another reason I think everyone is going there is because everyone is very familiar with each other and we have stud recruits coming in so the upcoming years are supposed to be the prime time.”