Angels get Matt Joyce from Rays for Kevin Jepsen

Angels get Matt Joyce from Rays for Kevin Jepsen 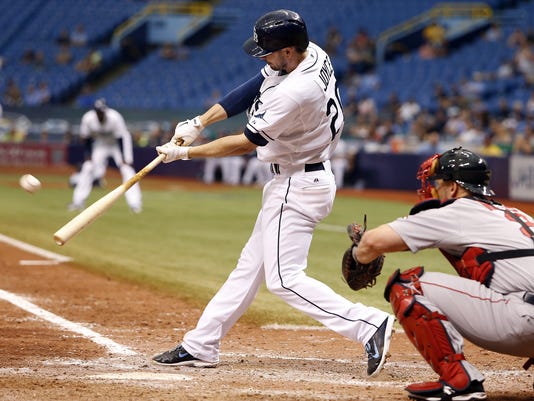 The clubs announced the deal Tuesday.

Joyce batted .254 with nine homers and 52 RBIs last season, his seventh in the majors and sixth with Tampa Bay. The 2011 All-Star and Tampa native has 88 homers and 313 RBIs in his career.

Jepsen was the Angels’ seventh-inning specialist last season, his seventh with the Angels. He established career bests with 65 innings pitched, 75 strikeouts and a 2.63 ERA.

Jepsen was drafted by the Angels in 2002. He ranks fifth in franchise history with 315 appearances.