Chicago Cubs third baseman Kris Bryant was a unanimous pick as NL Rookie of the Year. 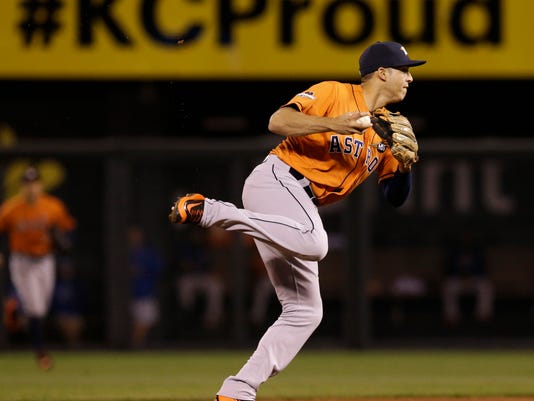 Bryant made his debut on April 17 and became an NL All-Star. The 23-year-old hit .275, leading big league rookies with 26 homers, 31 doubles and 99 RBIs as Chicago returned to the playoffs for the first time since 2008

Correa, the top pick in the 2012 amateur draft, made his debut June 8 and hit .279 with 22 homers, 68 RBIs and 14 steals, helping the Astros make their first postseason appearance in a decade. The youngest position player in the major leagues, he turned 21 in September.

The Mariners acquired outfielder Leonys Martin from the Rangers as part of a four-player trade that sent right-handed reliever Tom Wilhelmsen to the Rangers.