Free agent Fernando Rodney has agreed to a one-year, incentive-laden contract with the Padres. 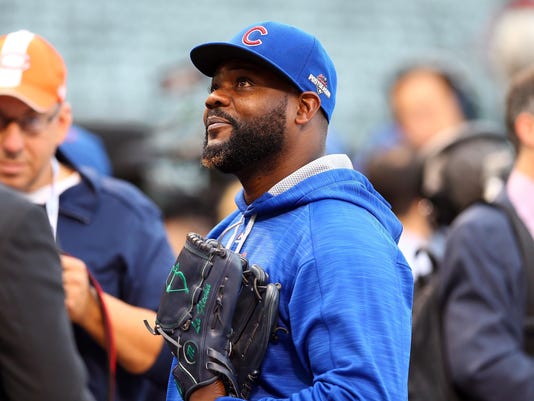 Free agent Fernando Rodney has agreed to a one-year, incentive-laden contract with the Padres, who will give the veteran reliever the opportunity to close. The deal is pending a physical.

According to a source, the former Tigers reliever’s base salary for 2016 is $1.6 million. He has a club option for 2017 worth $2 million against a $400,000 buyout. The deal includes $5 million in annual incentives that also escalate the option. If Rodney reaches all his performance bonuses in the first year, the option would be worth $7 million, with the $5 million in available incentives rolling over.

Rodney’s total earnings over two years can go as high as $18.6 million. If the option is declined, he is guaranteed $2 million plus whatever incentives he makes in 2016.

Rodney, who turns 39 in March, will join the Padres’ staff as its only member with extensive experience pitching the ninth inning. Over 13 seasons with the Tigers, Angels, Rays, Mariners and Cubs, he has a 3.71 ERA and 236 saves. He was an American League All-Star in 2012 (with Tampa Bay) and 2014 (with Seattle), saving 48 games both years.

His numbers, however, plummeted in 2015. After recording a 5.68 ERA and blowing six saves through 54 appearances, the Mariners designated him for assignment in August and subsequently traded him to the Cubs for cash. Rodney did perform better in a setup role for Chicago, posting a 0.75 ERA in 14 games. He logged 1 2/3 innings over two postseason appearances, allowing a pair of runs, both coming on a home run by Daniel Murphy in the National League Championship Series.

Rodney, who still throws his fastball in the mid-90s, must avoid the command issues that plagued him last year as he went from averaging 10.3 strikeouts every nine innings in 2014 to 7.6 in 2015 with Seattle. The Padres this winter traded closer Craig Kimbrel and setup man Joaquin Benoit and saw veteran Shawn Kelley depart as a free agent. Brandon Maurer, one of San Diego’s top young arms, is moving from the bullpen to the rotation.

The Padres’ only other reliever with more than a few years of service time is Carlos Villanueva, who signed a $1.5 million contract last week. Setup options could include Villanueva, Kevin Quackenbush, Jon Edwards, Nick Vincent and Drew Pomeranz.

Unpredictable and oftentimes erratic, Rodney will not provide the certainty the Padres had in Kimbrel last season. But the Dominican native does have talent to complement his personality (Rodney wears his cap cocked toward his left ear and celebrates saves with an imaginary bow-and-arrow routine).

Including Rodney and shortstop Alexei Ramirez, whose signing should soon become official, the Padres currently have a payroll of a little more than $100 million.