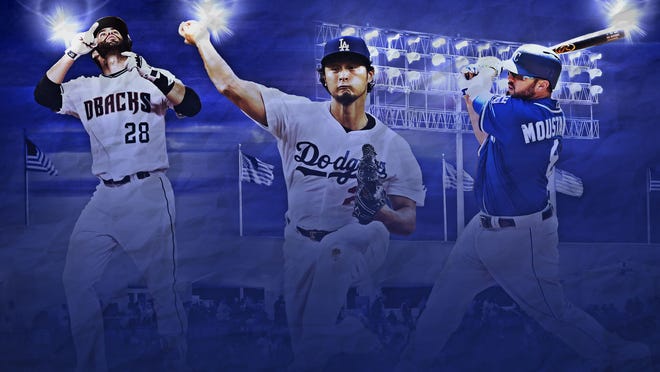 MLB and Nippon Professional Baseball reached agreement several weeks ago on the framework of a new deal. The rules call for pretty much a continuation of the same system for this offseason: The Japanese club would get a maximum $20 million posting fee, and any MLB club willing to bid that amount would be able to negotiate with Otani for 30 days.

Starting next offseason, the fee would be 15 percent of the guarantee of a major league contract and 20 percent of the signing bonus if a player is subject to bonus pools, a person familiar with the terms said, speaking on condition of anonymity because they were weren’t announced. If a player is added to the 40-man roster within two seasons, the fee would double by an additional 20 percent.

The union wants to cut the additional fee and cut the time period for posting players each offseason from Nov. 1-Dec. 1, down from Nov. 1-March 1, the person said. The union also wants to eliminate the right of a Japanese team to withdraw a posting before the process is complete.

The players’ association must approve any agreement and last Thursday set a Monday deadline. MLB Commissioner Rob Manfred said he did not think the obstacles were insurmountable.

Ohtani is the reigning Pacific League MVP and was 3-2 with a 3.20 ERA this year for the Nippon Ham Fighters, limited because of thigh and ankle injuries. The 23-year-old hit .332 in 65 games with 16 doubles, eight homers and 31 RBIs.

In related news, the Yankees raised their available signing bonus money for Ohtani to $3.5 million, acquiring $250,000 in pool money from the Miami Marlins on Monday for left-hander Caleb Smith and first baseman Garrett Cooper. New York has the second-highest total of available international signing bonus money behind the Texas Rangers at $3,535,000. Minnesota is third at $3,245,000, followed by Pittsburgh ($2,266,750), Seattle ($1,557,500) and Miami ($1.49 million).

A rare jersey from Jackie Robinson’s historic rookie season with the Brooklyn Dodgers 70 years ago has sold for $2.05 million at auction.

The jersey, part of a Heroes of Sports offering by Heritage Auctions, was accompanied by a letter from Robinson’s widow, Rachel, saying it is the one brought home by the Hall of Famer at the end of the 1947 season, when he became the first black player in the majors and earned Rookie of the Year honors.

The sale price set a record for a jersey from the post-World War II era, easily topping the $573,600 for a 1955 Sandy Koufax rookie jersey with the Dodgers.

Another item from Heritage’s auction, which ended Sunday, was a customized Nike Air Jordan worn by Michael Jordan in November 1985 that went for $55,000 — setting a record for the iconic sneaker.