Every team in Major League Baseball will shut its spring training camp over concerns about the coronavirus pandemic, a move that came in the wake of the Philadelphia Phillies announcing Friday five players had tested positive for COVID-19.

The closures come while MLB owners and players try to negotiate a deal to begin the season, and raise the possibility the virus outbreak could scuttle all attempts at starting up this year. 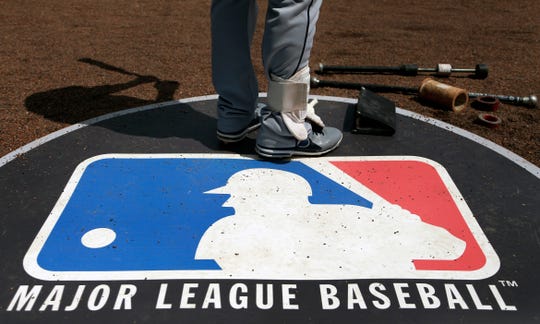 A person familiar with the decision told The Associated Press the spring complexes in Florida and Arizona will temporarily close because of recent events. The person spoke on condition of anonymity because there wasn’t an official statement.

The facilities will undergo a deep cleaning and disinfecting. No one will be permitted back inside without a negative test for the virus.

Soon after the Phillies became the first known team to be affected by the outbreak, Toronto shuttered its site in Dunedin, Florida, about five miles from Philadelphia’s camp in Clearwater. The Blue Jays said one player showed symptoms consistent with the virus.

The San Francisco Giants’ facility in Scottsdale, Arizona, was shut after one person who had been to the site and one family member exhibited symptoms Thursday. Texas closed its camp about 30 miles away in Surprise, saying no one had tested positive but that it wanted to expand testing protocols.

Also, the Houston Astros said a player working out at their spring camp in West Palm Beach, Florida, tested positive several days ago and was recovering. The Astros said they “implemented all health and safety protocols” but didn’t say the camp was closed.

Stuck in a bitter fight over money, owners and the union had hoped to have players begin testing Tuesday and then start a second round of spring training by next weekend. Most teams had anticipated holding those workouts at their home ballparks, rather than at their spring camps in Florida and Arizona.

Earlier this week, Deputy Commissioner Dan Halem wrote in a letter to players’ union chief negotiator Bruce Meyer that “the proliferation of COVID-19 outbreaks around the country over the last week, and the fact that we already know of several 40-man roster players and staff who have tested positive, has increased the risks associated with commencing spring training in the next few weeks.”

Regarding the implications of the outbreak on the season, the Phillies said “it is too early to know.”

The Phillies said three staff members at the camp also tested positive. The team didn’t identify any of those affected.

Florida has experienced rising incidents of new cases and rates of those testing positive for COVID-19. Over the past two weeks, the rolling average number of daily new cases in Florida has increased by 1,422.7, or 144.4%.

Arizona also has had a recent spike in cases, hitting a record for new daily cases.

The Phillies said the first confirmed case occurred Tuesday. The club said eight staff members have tested negative for the virus, while 12 staff members and 20 players – both major leaguers and minor leaguers – living in the Clearwater area are being tested.

The Phillies closed their facility in March when the coronavirus pandemic shut down sports. Players returning from injuries were allowed to continue their rehab after the facility was cleaned thoroughly. A few of the team’s athletic trainers and staff remained to supervise and safety precautions were taken.

Several more players began working out at the facility over the past few weeks but group sizes were limited.

In a statement, managing partner John Middleton said, “The Phillies are committed to the health and welfare of our players, coaches and staff as our highest priority.”

“As a result of these confirmed tests, all facilities in Clearwater have been closed indefinitely to all players, coaches and staff and will remain closed until medical authorities are confident that the virus is under control and our facilities are disinfected,” he said.

The World Series champion Washington Nationals, who didn’t reopen the spring camp they share with Houston after closing their portion in mid-March, said they’d had one minor league player test positive in the Dominican Republic. The team said the player was not at their facility.