He was put on the 15-day disabled list Thursday, but unless the Tigers get ridiculously hot, his season is likely over. 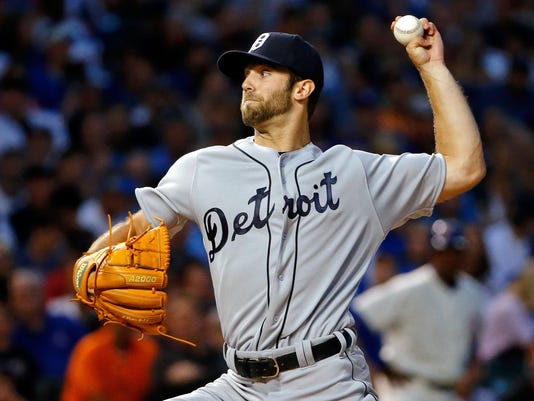 Daniel Norris was put on the 15-day disabled list Thursday, but unless the Tigers get ridiculously hot, his season is most likely over.(Photo: Jon Durr / Getty Images)

Detroit — Daniel Norris, just a few innings after hitting a home run in his first professional at-bat and just two outs away from maybe securing a win against the Cubs, felt a stabbing pain in his right oblique on Wednesday.

He was put on the 15-day disabled list Thursday, but unless the Tigers get ridiculously hot, his season is most likely over.

“It’s a pretty good oblique strain,” he said after the Tigers’ 4-0 win. “Three-to-six weeks is what they are telling me. I told Brad (Ausmus) that I’d be ready to pitch in October.”

The timing is the worst part for Norris.

“I was telling the coaches, it’s frustrating because the past two starts, stuff-wise, I was getting back to who I am,” he said. “Last night I felt really good. I was getting swings and misses. It’s just unfortunate.”

Norris will remain with the team while he convalesces.

“I told them I would really love to stay here,” he said. “I am just starting to build relationships with these guys.”

Norris and Anibal Sanchez (rotator cuff strain) were put on the DL on Thursday. Veteran Randy Wolf was acquired from Toronto to fill one spot and Buck Farmer has been put into the rotation and will start on Monday.