Evolution of the Tigers since 2006 rebirth 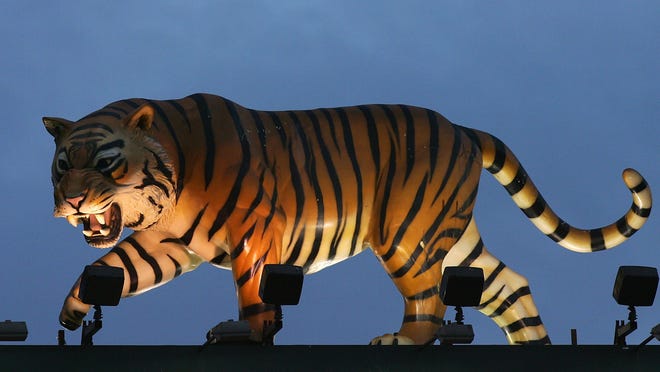 Go through the gallery above or go HERE to see the changes the Tigers have experienced among the position players since the Detroit baseball renaissance began in 2006.

It’s all too easy to forget about February 2006 and what then constituted Detroit’s baseball psyche.

The Tigers had not won in 12 seasons. A long stretch of futility, and even disgust, had jaded too many fans as a new manager, Jim Leyland, arrived for spring camp in Lakeland, Fla.

Eight months later, the Tigers not only had pivoted in the win-loss column, thanks to a 95-67 record, they had ambushed the Yankees in a first-round playoff series, swept the A’s in the league championship showdown, and roared into a World Series the Cardinals ultimately took.

Ten years. A lot has changed with the Tigers during a relatively vibrant run, replete with four division titles, a 163rd-game duel with the Twins in 2009, and another World Series ticket in 2012 that didn’t go quite as planned.

What can surprise even those who have most closely followed the Tigers during a raucous decade is the evolution at each position, the way in which a batting order has been realigned through the years, with characters and performers who can quickly slip from our current consciousness.

It can sometimes be helpful to stop and reacquaint one’s self with the Tigers’ family tree. It reintroduces players whose roles and importance get lost in the wash of long seasons, and the nearly 2,000 games that have been played since Leyland pulled into Tigertown a decade ago.

A look, then, at the lineage at nine positions (pitching staffs excepted) since that amazing 2006 season, which in so many necessary and giddy ways, reunited the Tigers with their vast galaxy of fans and followers.

Go through the gallery above or go HERE to see the players and their contributions.

1. Ian Kinsler, 2B: No sign that Kinsler is slowing down, or going anywhere.

3. Miguel Cabrera, 1B: Feeling good and looking strong at age 32.

4. Victor Martinez, DH: Knees are healthy. Martinez, at 37, should be dangerous.

5. J.D. Martinez, RF: Biggest Tigers gift in years could be headed for 40 homers.

6. Nick Castellanos, 3B: Shaking off his youth and likely to have good 2016 numbers.

7. James McCann, C: Showed the Tigers as a rookie that he could be invaluable.

9. Anthony Gose, CF: Hopes to climb a gear at the plate in his second season.