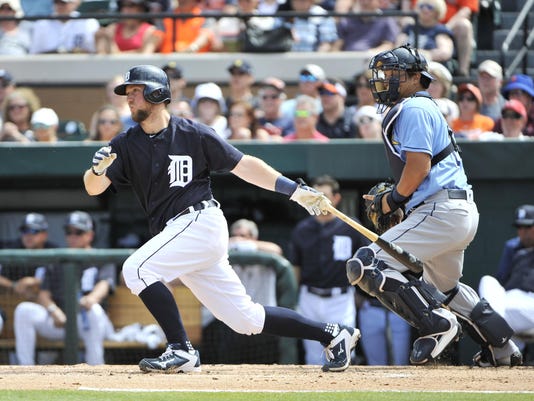 Lakeland, Fla. — It was inevitable.

From the minute he came to camp this spring, catcher Bryan Holaday was essentially auditioning for other clubs. And regardless of how he performed — he hit .500 with a 1.000 slugging percentage — he was out of minor league options and not likely to make the Tigers’ 25-man roster.

The only question was, would the Tigers lose him on waivers, or be able to get some value back in a trade? They got the latter.

Wilson, who will be 33 in April, has played for the Angels, Diamondbacks, Rays and Rangers in parts of seven seasons. He will likely start the season in Triple-A Toledo.

Holaday, who grew up in Dallas and went to TCU, was drafted by the Tigers in the sixth round in 2010. He made his bigleague debut in 2012. He served as the Tigers primary backup catcher in 2014, but was displaced by the emergence of James McCann.

Holaday is likely to be the backup to Robinson Chirinos in Texas.