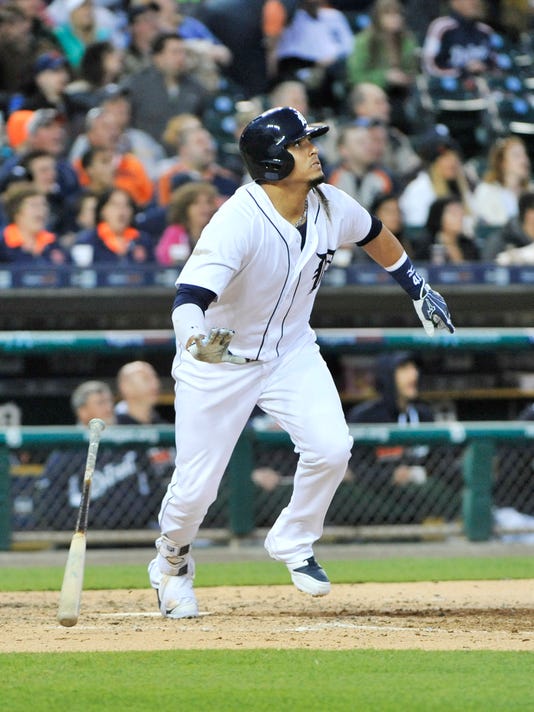 One exception to the Tigers' hitting tumble: Victor Martinez.

The daily designated hitter was hitting .368 spanning last weekend’s Indians series and the first two games against the A’s.

Martinez, of course, had knee surgery during 2015 spring camp and never quite rediscovered his left-handed swing, particularly early last season when his knee wasn’t cooperating.

“Looking back, we should have started the season without him,” Ausmus said. “That’s hindsight. He always felt he was good.

“But he looks good to me now.”

Shane Greene’s next rotation turn comes Friday against the Twins in Minneapolis.

He won’t be pitching. Not when a blister that knocked him from last weekend’s game against the Indians is still healing.

Ausmus said Wednesday he knows who will start Friday, but isn’t saying.

Among relievers most suited to a spot-start is Buck Farmer, a right-hander who has worked in bit rotation roles during past seasons for the Tigers and who arrived this week from Triple A Toledo, where he was 2-0 with a 1.80 ERA.

Farmer threw five innings, total, and would not be expected to labor deep into Friday’s game. That, no doubt, was one of the considerations Wednesday when the Tigers reactivated Francisco Rodriguez from the family leave designation and thereby added a 13th pitcher to the staff.