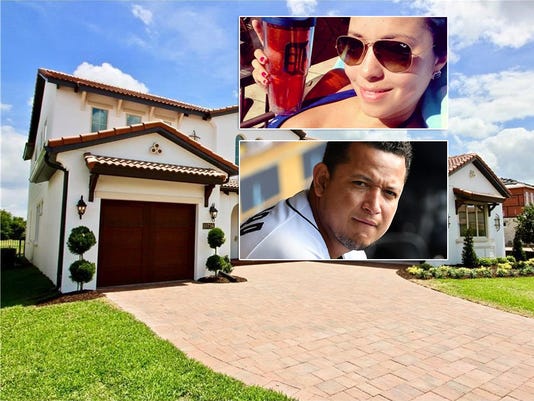 Detroit Tigers slugger Miguel Cabrera is being sued by a Florida woman who says the two-time Most Valuable Player isn’t paying enough to support two children he fathered with her, setting up a legal showdown that could cost the superstar more than $100,000 a month.

The allegations are contained in court records obtained by The Detroit News that chronicle a public fight over money and offer insight into the personal life of a married, intensely private, baseball player who has three children with his wife of 15 years, Rosangel.

Belkis Mariela Rodriguez, 35, of Orlando, sued Cabrera in Florida in August after the Tigers first baseman allegedly slashed child-support payments, a move that coincided with the Tigers veteran helping her buy a nearly $1 million home earlier this year. Cabrera is one of the world’s wealthiest athletes, earning more than $30 million a year, but is fighting over how much money the children should receive.

Cabrera, 34, wants paternity tests conducted on the children, born in 2013 and 2015, and has accused Rodriguez of extorting him, according to court records. It’s unclear if those tests have been administered. Cabrera currently is paying her more than $6,200 a month. 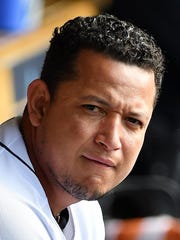 Rodriguez, a florist, has custody of both children, though Cabrera has visitation rights and a say in all “major” decisions involving the children, per court documents. Cabrera is named as the father on both birth certificates, Rodriguez says in the court documents.

Cabrera’s legal team has accused Rodriguez of “embarking on a mission to extort additional moneys to be used for her benefit under the guise of child support,” according to court records filed in Orange County, Florida.

A lawyer for Rodriguez, who owns Lake Eola Florist in Orlando, declined comment.

“For professional reasons and in order to protect the privacy of the affected persons, it is our general policy and practice not to comment on ongoing matters,” her lawyer, Terry Young, wrote in an email to The News on Thursday.

The court documents, 193 pages and growing, are surfacing weeks after the end of Cabrera’s worst season in his Hall-of-Fame-caliber Major League Baseball career.

Neither party disputes that Cabrera has paid support since the birth of the first child, but now there’s a struggle over how much is sufficient.

Rodriguez’s attorney calls the $6,200-plus monthly sum “inadequate,” and is seeking to have her children have a similar standard of living to Cabrera’s three other children. Additionally, Rodriguez is seeking health insurance and uncovered medical expenses, life insurance and attorneys’ fees and costs, as well as back child support. 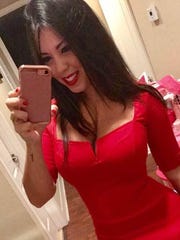 Cabrera, through his attorney, argues Rodriguez is “extorting” him for “alimony”-like support, and makes the case that because of his significant income, he shouldn’t be subjected to Florida’s child-support guidelines.

Factoring in his salary after taxes, Cabrera makes more than $1 million a month and, under Florida statute guidelines, could be in line to pay more than $100,000 a month in child support.

Cabrera’s attorney contends the support judgment should “deviate downward” from state guidelines, and anything awarded above and beyond the children’s general needs be placed in a trust or a college fund.

According to court documents, lawyers for both parties were ordered to attempt to resolve the matter amongst themselves but were unable to reach an agreement.

The case now is headed for mediation — to be paid for by Cabrera, after he fought for Rodriguez to contribute some fees — which is scheduled for Oct. 25, and then, eventually, a final hearing and judgment, likely in November or December. It could be held up longer than that if Cabrera’s request to have the judge recuse herself is upheld. The judge’s husband, a retired attorney, has a title with Rodriguez’s lawyers’ law firm, following a merger.

Cabrera’s attorney has petitioned the court to make the proceedings confidential, to protect the image of Cabrera, who won the Triple Crown — leading the league in home runs, RBIs and batting average — in 2012.

“There is no reason for the respondent’s private information to become part of a public record other than to harass and/or embarrass the respondent, and potentially damage his career,” Hodas wrote in a Sept. 19 filing.

The case remains public record, and in it, Rodriguez, a one-time pharmacist intern, claims she makes less than $2,000 a month running Lake Eola Florist, a four-star shop based on 26 Google reviews and a 3.5-star based on five Yelp reviews. On business documentation, she goes by Mariela Rodriguez. 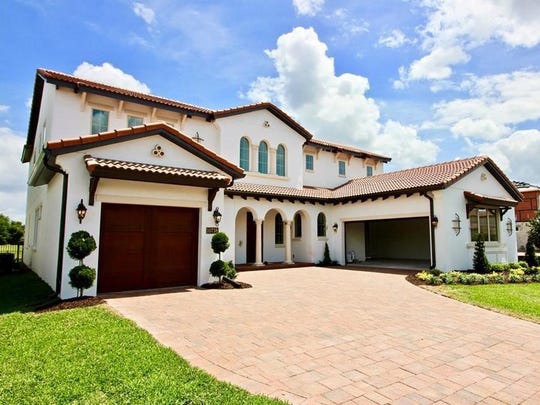 On April 26, Rodriguez purchased a Spanish colonial in Orlando, overlooking the par-four 12th fairway of posh Eagle Creek Golf Club, according to Orange County Comptroller records. The house sold for $924,774 and Rodriguez took out a $739,000 mortgage, records show. The 3,704-square-foot home — so new it does not yet show up on satellite imagery — features five bedrooms, six baths, a private pool, outdoor kitchen and three-car garage.

In court filings, Rodriguez acknowledges Cabrera helped her purchase the house, then alleges he left her “high and dry” when it came to keeping up with the monthly expenses. Rodriguez claims Cabrera recently “unilaterally” lowered the monthly child-support amount to an undisclosed sum, necessitating the lawsuit. Rodriguez claims she has to borrow money each month while waiting for a judgment.

Both parties — it’s unclear how the two met, or when — are requesting full financial disclosures from the other, with Rodriguez requesting specifics on how much Cabrera spends on his other three children. Cabrera has objected to that request. Rodriguez’s attorney argues the two children “should be entitled to share in the same good fortune” as his three children with his wife.

There were no apparent references to Cabrera or their relationship on social media — but there were hints. Rodriguez posted photos on her public Facebook page, under the name Mariela Ela, while attending Tigers away games.

On July 24, 2015, the Tigers were at Fenway Park in Boston. Cabrera didn’t play — he was nursing a calf strain — and the Tigers lost, 2-1, but Cabrera traveled with the team.

“I wanted to be here,” he told reporters. “If I stay home, it’s hard to stay positive.”

Rodriguez was there, too. She posted a shot from several rows behind home plate, the park’s famous Green Monster in the distance.

One month later, on Aug. 29, 2015, Cabrera was back in the lineup and the designated hitter during a road game against the Toronto Blue Jays at Rogers Centre. Cabrera went 0-for-4, striking out twice, and the Tigers lost, 15-1. Rodriguez was there, too. She posted a selfie from what appears to be a hotel suite, a room-service tray to her left.

A month later, on Sept. 27, 2015, Rodriguez posted a photo sitting in an airplane seat, a Gucci purse in her lap. The caption read: “Texas” and included an airplane emoji. The next day, the Tigers played the first of three road games against the Texas Rangers. Rodriguez posted a selfie at the Omni Fort Worth Hotel.

The next day, Sept. 29, 2015, Rodriguez posted a photo while wearing cowboy boots and sitting near the third-base line at Globe Life Park in Arlington, Texas, a Bobblehead in her lap. Cabrera was the designated hitter, striking out once while going 1-for-4 and scoring on a J.D. Martinez home run. The Tigers lost, 7-6. 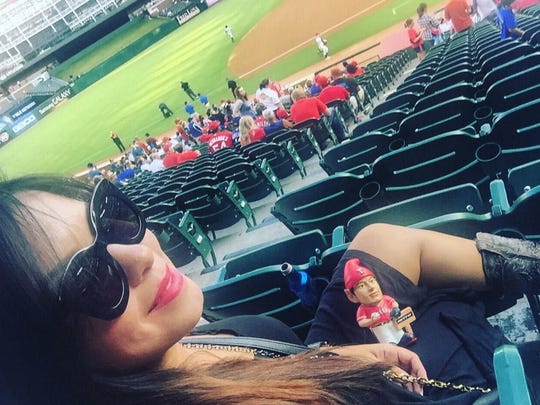 In June 2014, she posted photos from Cleveland and Seattle, corresponding with dates the Tigers and Cabrera were in those cities. In a photo from his past July, she’s wearing a Miguel Cabrera “Triple Crown” hat.

Hodas, in his confidentiality request, writes: “The petitioner has demonstrated behavior in the past that gives the respondent concern for her willingness to keep the respondent’s personal life private, through verbal statements and on social media.”

It’s been a trying year for Cabrera, who hurt his back during the World Baseball Classic during spring training — an injury that never went away and could require offseason surgery.

It led to the worst season of his career, in which he batted .249 with 16 home runs and 60 RBIs in 130 games as the Tigers finished in last place, and with the worst record in the major leagues. Cabrera also spent the year worried about the violent strife in his home country of Venezuela, where this summer he openly discussed his fear for family member’s lives.

Cabrera and his wife, Rosangel, have homes in Metro Detroit and Florida, and have two daughters and one son.