The last Tiger to win back-to-back Gold Gloves was catcher Pudge Rodriguez in 2006-07. 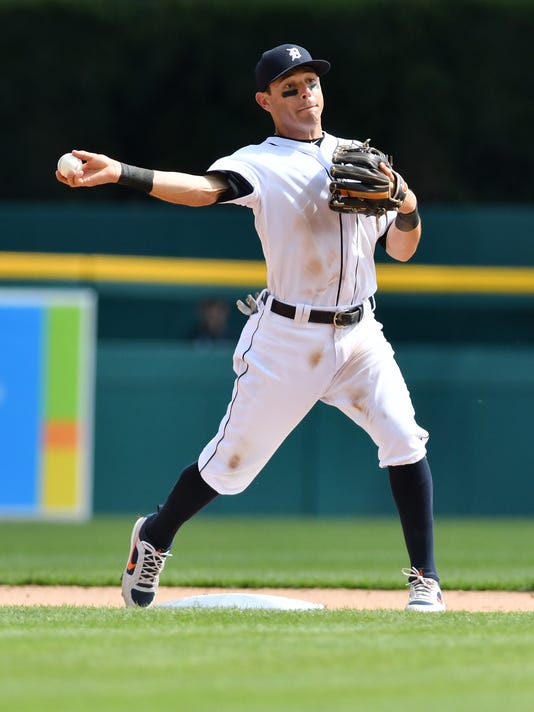 Ian Kinsler has a shot at becoming the first Tiger to win consecutive Gold Gloves in a decade, and the first Tigers' second baseman to pull off the feat since Lou Whitaker in 1983-85.

Kinsler on Thursday was named a finalist for the American League Gold Glove, along with Brian Dozier of the Minnesota Twins and Dustin Pedroia of the Boston Red Sox.

Kinsler won the first Gold Glove of his career in 2016, and again was rock solid in the field in 2017, even if he struggled at the plate.

The last Tiger to win back-to-back Gold Gloves was catcher Pudge Rodriguez, in 2006-07. At other positions, the feat also has been accomplished by Gary Pettis, Alan Trammell, Lance Parrish, Mickey Stanley, Bill Freehan and Al Kaline, along with Whitaker.

Kinsler, 35, just completed his fourth season in Detroit, and is under contract for $11 million in 2018. Given the Tigers' current rebuild, he's a good bet to be traded this offseason.

He was the lone Tiger to be named a Gold Glove finalist, with an asterisk. Left fielder Justin Upton was a finalist, though he's now with the Los Angeles Angels after being traded in late July. Upton, 30, has never won a Gold Glove, and never has been known for his defense, especially his arm. But he covered more ground this year, as the Tigers got him to play more shallow. Upton delivered a huge catch for the American League in the All-Star Game victory.

The Gold Glove winners will be announced at 8 p.m. Nov. 17, on MLB Network.