Tigers expected to be 'aggressive' in signing international talent 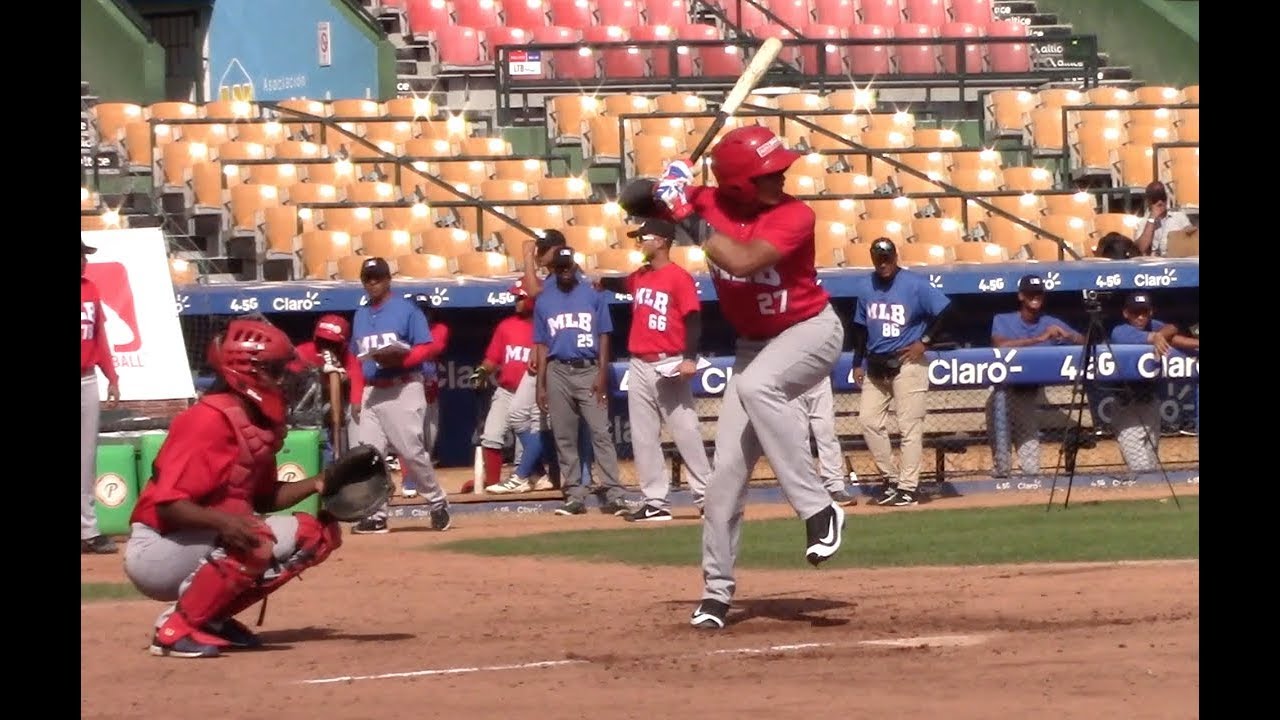 Toronto – A month after the Detroit Tigers dug into the North American draft, they can begin Monday signing players from Latin American and international markets.

Signings commence, formally, at 9 a.m. and can extend into 2019. The Tigers, who have just under $5 million in bonus-pool money available, as allocated by Commissioner Rob Manfred’s office, are expected to be busy.

“It’s a really good class,” said Tom Moore, the Tigers’ director of international operations. “I think the exciting thing for the Tigers is we’ve got an allotment of money consistent with a lot of clubs – a good amount of money we can be aggressive with.”

Moore cannot comment on players the Tigers have yet to sign, but neither does he deny the team might have targeted two players listed on Baseball America’s Top 50 International Prospects list and players considered to have strong Tigers ties.

More: Henning: Tigers had concerns about Chris Bosio before he was fired

Jose de la Cruz, a 16-year-old outfielder from the Dominican Republic, is Baseball America’s No. 17 prodigy and is expected to sign for nearly $2 million.

“An athletic outfielder with a strong, compact build, de la Cruz has some of the best tools in the class,” Baseball America writes. “While his body type looks more like a corner outfielder, de la Cruz has plus speed and reads the ball well off the bat in center field.

“While de la Cruz will have to make adjustments at the plate with his timing and contact,” Baseball America says, referring to swing-and-miss issues, “he has plenty of bat speed and strength in his swing … When he connects, he makes loud, quality contact and drives the ball well to the middle of the field, with a chance to grow into plus power.”

Adinos Reyes, also a 16-year-old from the Dominican Republic, is a right-handed hitting shortstop who is 6-foot, 195. Reyes is No. 38 on Baseball America’s Top 50 list.

“Reyes is one of the strongest players in the 2018 class,” Baseball America writes. “He has a heavy, compact build that’s relatively mature for his age, and his strength shows up in batting practice. He has the raw power to drive the ball out of the park to his pull-side now, and he has a chance to develop above-average power in the future.

“He’s unlikely to spend much time at shortstop in pro ball. He has an average arm now that could tick up in the future, with third base a potential fit if he can improve his footwork and defensive actions.”

Still to be determined is if the Tigers will be part of the safari hunting Victor Mesa, a Cuban defector and outfielder who is considered the top international prize in 2018.

Mesa, who next month turns 22, hasn’t yet been declared a free agent by Manfred’s office, which is the first requirement for players to be signed.

He is a right-handed hitter, 5-11, 185. He is compared to Nationals super-prospect Victor Robles.

“Mesa’s speed and instincts help him cover wide ranges of ground, with a knack for racking up highlight-reel catches,” Baseball America says. “He also has shown at least a 70 arm (on an 80-point scouting scale) to nail runners and prevent them from taking extra bases.

The Tigers are following Mesa, as all big-league clubs are keeping an eye on an exceptional talent. There is no early sense for which clubs might be best-positioned to sign him once Manfred’s office gives the go-ahead.