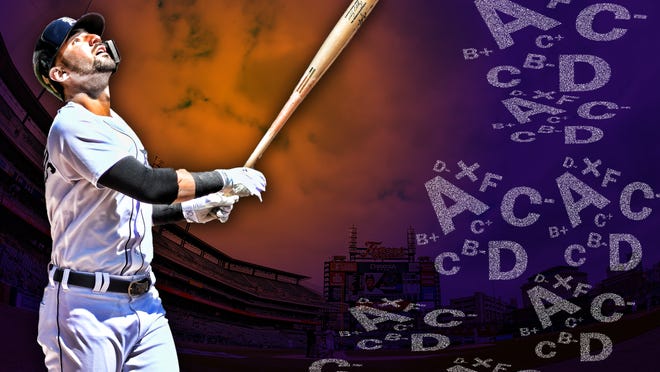 Now, fans are starting to see how he might stack up against the rest of baseball's top young talent.

One clue was unveiled Wednesday, as Baseball America ranked Mize No. 18 overall in its top 100, updating it to include June's draft picks. Mize was the highest of seven draft picks to crack the top 100, with Baseball America writing that his "stuff, pitchability and performance give Mize the ceiling of a future ace, with his medical history (forearm issues in 2017) being the only knock on his resume."

Mize is one of four Tigers prospects — all right-handed pitchers — in Baseball America's top 100: Franklin Perez, acquired last season from the Houston Astros in the Justin Verlander blockbuster, is No. 43, while Matt Manning checks in at No. 56.

Mize was selected No. 1 overall after a standout season at Auburn. The 6-foot, 195-pound ace went 10-6 with a 3.30 ERA, striking out 156 in 114.2 innings, while walking just 16. He was a finalist for USA Baseball's Golden Spikes Award, given to the top amateur baseball player, along with fellow Tigers draft pick Kody Clemens of Texas.

Perez's season got off to a late start following a lat strain suffered in March. He's made five abbreviated starts in the Gulf Coast League and Single-A Lakeland since returning, throwing 13.2 combined innings (3.95 ERA, 1.21 WHIP) with 10 strikeouts and five walks.

Manning has pitched at two levels in 2018, including 11 starts at Single-A West Michigan. He's pitched his last two starts at Lakeland, which is the advanced Class A level, going 2-0 over 10 innings with a 1.80 ERA. He's fanned 14, but walked five.