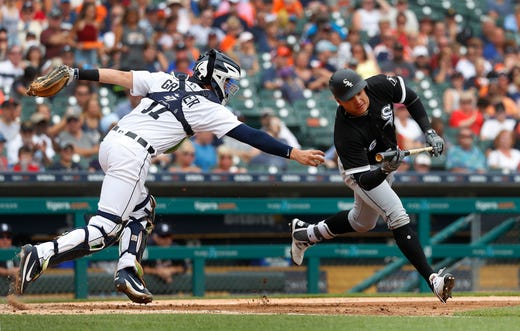 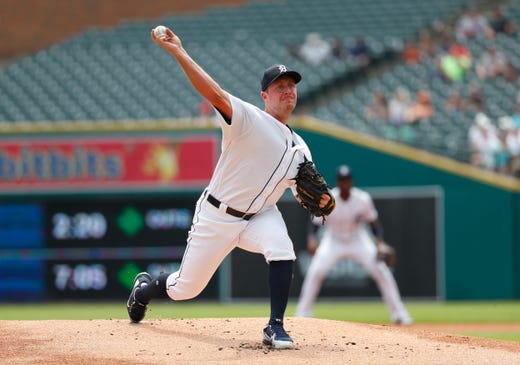 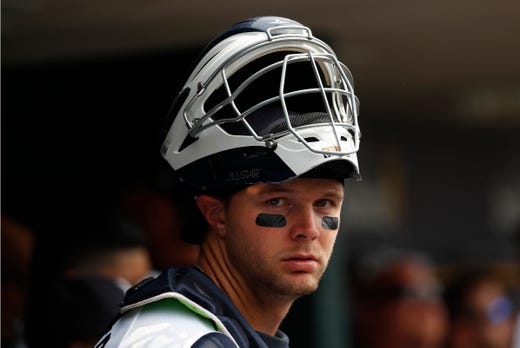 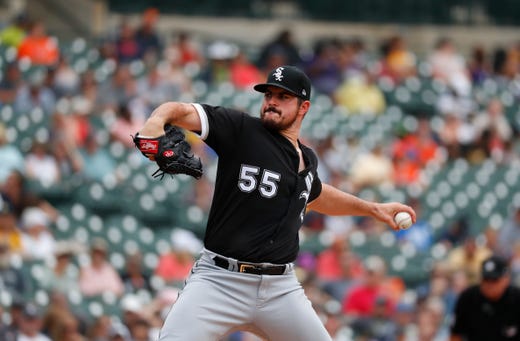 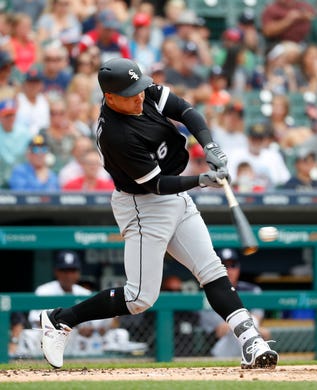 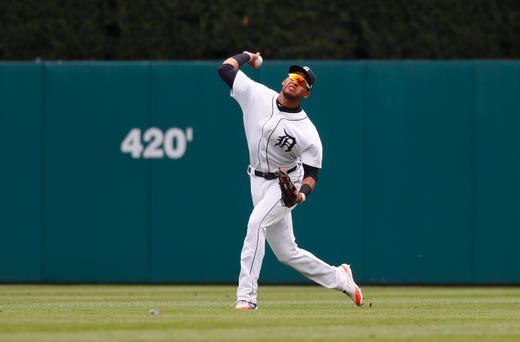 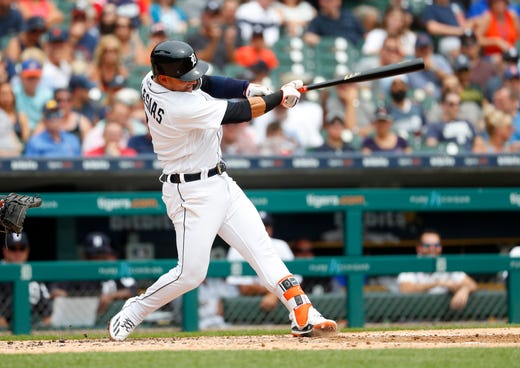 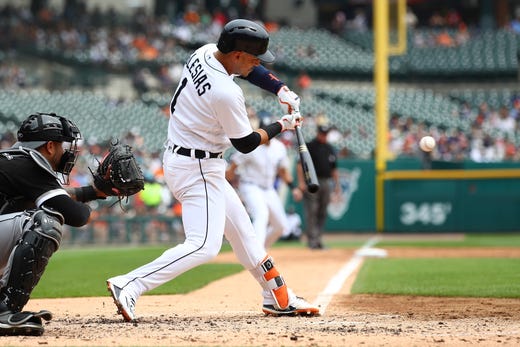 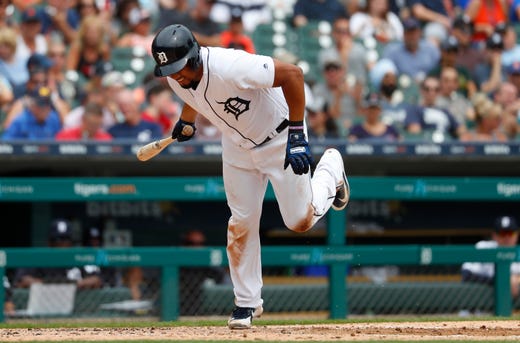 Detroit Tigers' Jeimer Candelario reacts to being hit by a pitch in the third inning. Paul Sancya, AP
Fullscreen 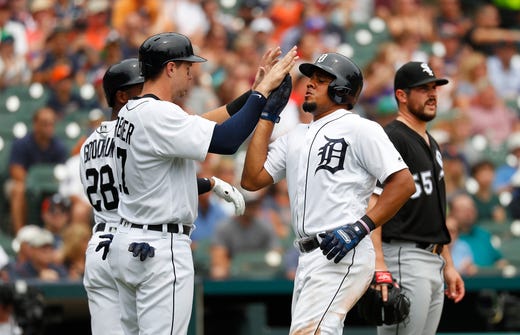 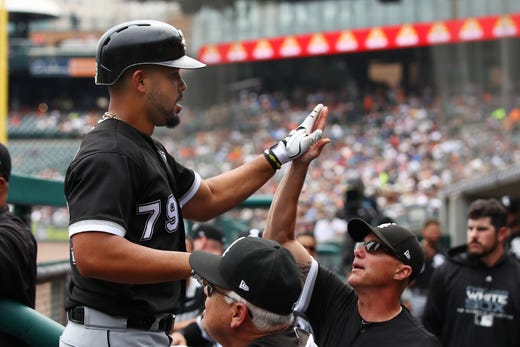 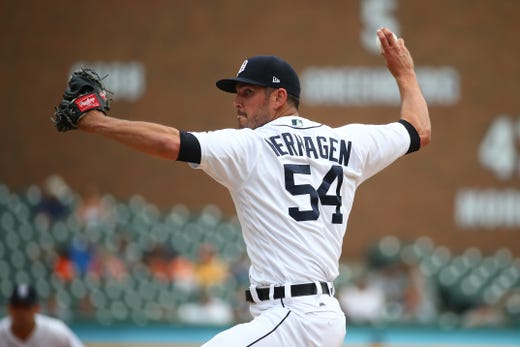 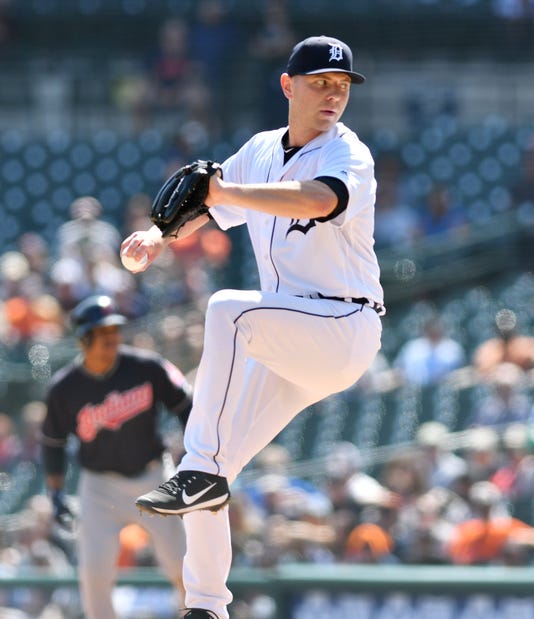 Detroit — In what has been a fairly steady stream of pitchers shelved by assorted maladies, the Tigers lost another starter Wednesday when Artie Lewicki was moved to the 10-day disabled list because of right elbow inflammation.

The Tigers called up reliever Zac Reininger as a roster replacement.

Lewicki pitched 4.2 innings Monday against the White Sox, his 13th game for the Tigers in 2018. He allowed six hits and three runs and for the year has a 4.89 ERA.

Reininger has had earlier stints for the Tigers and has been excellent at Toledo, allowing only one run in his last 12 games. On the season, he has a 2.89 ERA and 1.26 WHIP.

In his last four appearances, Reininger has struck out nine batters in six innings, with no hits and no walks.

In seven innings over seven games this season with the Tigers, Reininger owns a 10.29 ERA, and 2.14 WHIP, allowing eight earned runs on 10 hits and six walks.