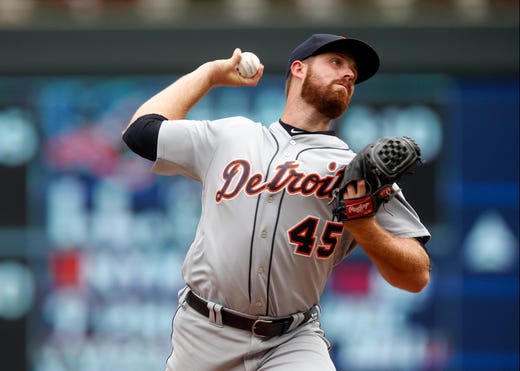 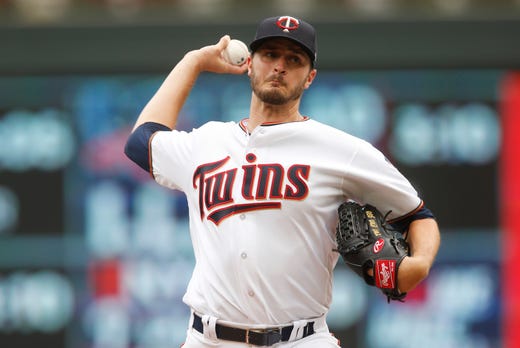 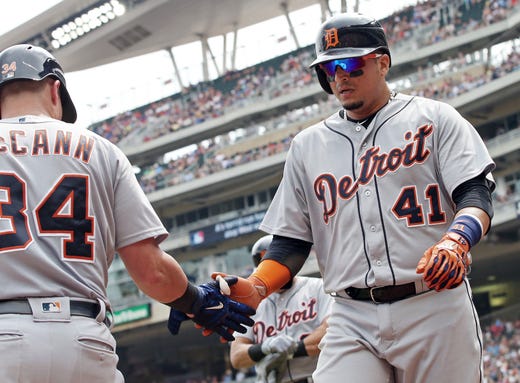 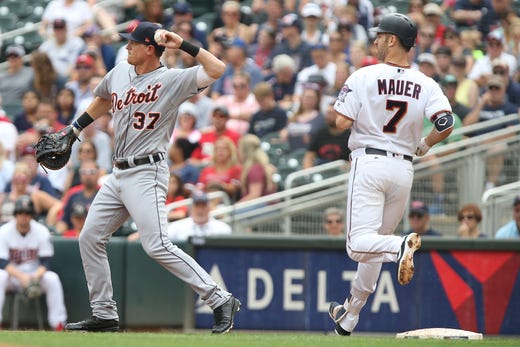 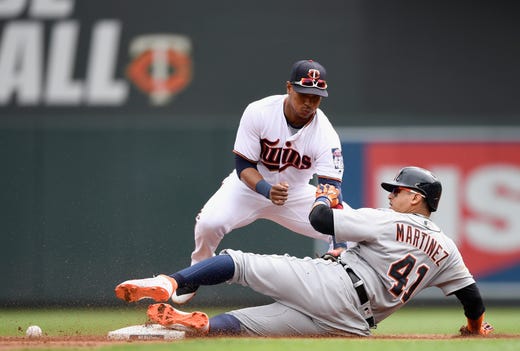 Tigers designated hitter Victor Martinez (41) slides in safely to second base with a double as the ball gets away from Twins' Jorge Polanco during the second inning. Hannah Foslien, Getty Images
Fullscreen 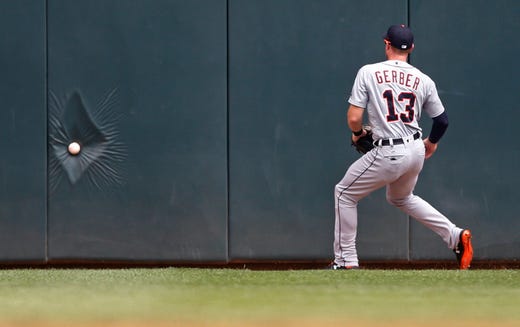 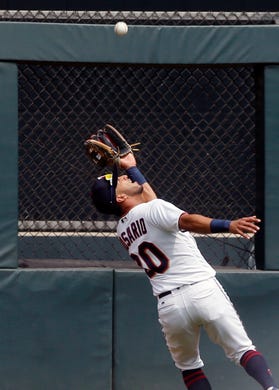 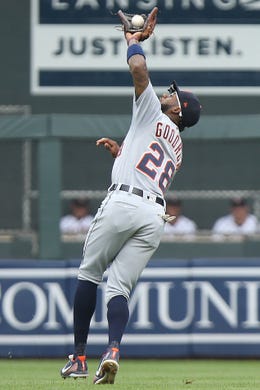 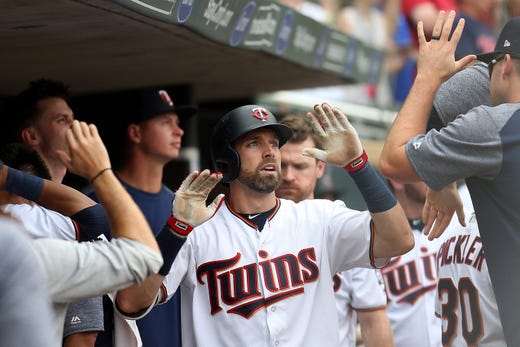 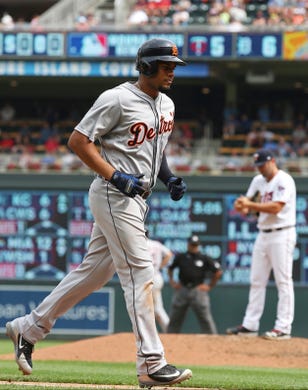 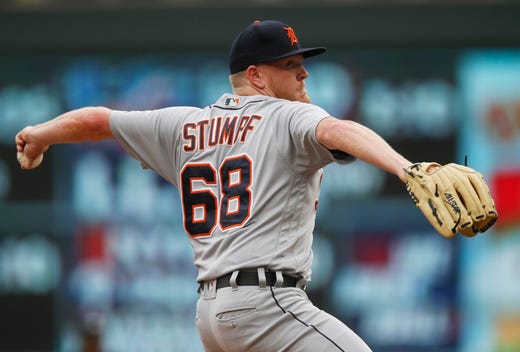 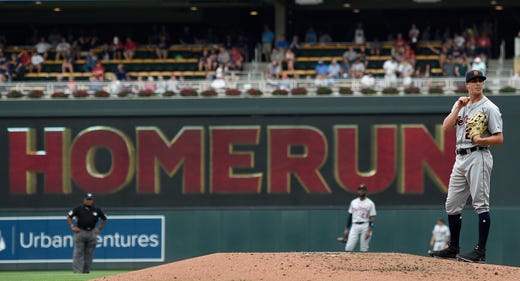 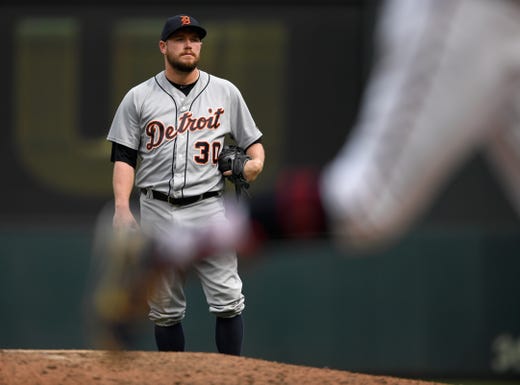 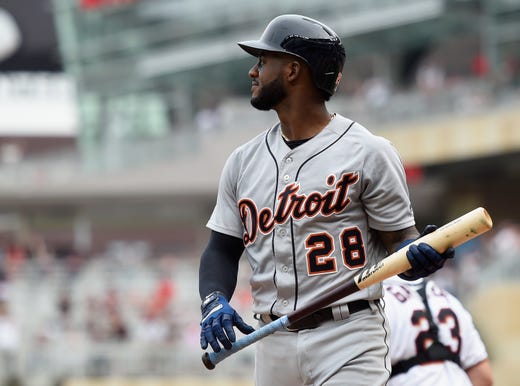 Tigers' Niko Goodrum reacts to striking out against the Twins to end the game. Hannah Foslien, Getty Images
Fullscreen 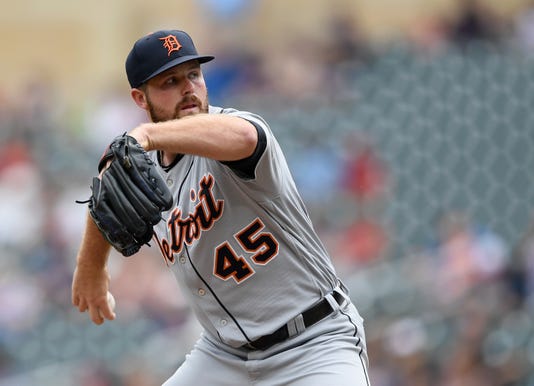 After the game Saturday, the Tigers announced right-hander Jacob Turner would be purchased and brought up from Toledo to start Sunday.

"Sam called and said he just checked and found out Turner hadn't been down the 10 days that are required," general manager Al Avila said. "We had to make a switch on the fly."

Instead of Turner, left-handed reliever Daniel Stumpf was summoned.

Turner was designated for assignment on Aug. 10. He cleared waivers and was outrighted to Toledo on Aug. 13.

"The rule stays the same," Avila said. "You put a guy on outright waivers, he still has to be down there for 10 days. The only way we could bring him back would be for an injured player."

More: Welcome back 'Mean' Shane Greene; Tigers closer getting his pop back

More: Tigers prospects get taste of tougher competition with promotions

So, that forced the Tigers to run the proverbial Johnny Whole-Staff strategy in Sunday's 5-4 loss to the Twins.

Buck Farmer, who threw three perfect innings against the White Sox on Tuesday, got the start and pitched two scoreless innings. He gave way to right-hander Zac Reininger in the third after 41 pitches, leaving two men on the bases.

Both of those runners scored on Reininger's watch. Reininger was also tagged for two long home runs in the fourth by Max Kelper (404 feet) and Jake Cave (430 feet).

"Farmer did a great job starting out the ballgame," Gardenhire said. "Reininger had some trouble but everybody came in, and there was a lot of pitches thrown by those arms out there.

"They sucked it up and made it through it and gave us a chance to win the game."

Stumpf, who was sent down to Toledo on Aug. 8, pitched two dominant scoreless innings.

"He was fantastic," Gardenhire said. "Just like they told us. His slider was a lot sharper, he was finishing better on his pitches."

Stumpf threw 27 pitches, 15 strikes, allowing only a walk with three strike outs in his two innings. His fastball was touching 95 mph.

Stumpf didn't get the call until 1 a.m. He had already gone back to Detroit from Toledo to get his truck and was back en route to Toledo. He was at the Detroit airport at 4:30 a.m. for his flight to Minneapolis.

Alex Wilson, who gave up the winning home run to Eddie Rosario, and Louis Coleman finished it out. The only two usable relievers left were closer Shane Greene and long man Drew VerHagen.

Jim Adduci got three hits Sunday and was 7-for-17 in the series. He now has hit safely in six straight (9-for-24 in that stretch).

...Victor Martinez, whose seven-game hitting streak ended Saturday, doubled and scored in the second inning. He has now doubled in five of the last six games he has started.