Dustin Peterson, a former second-round pick, hit 11 homers with 55 RBIs in Triple A for the Braves. 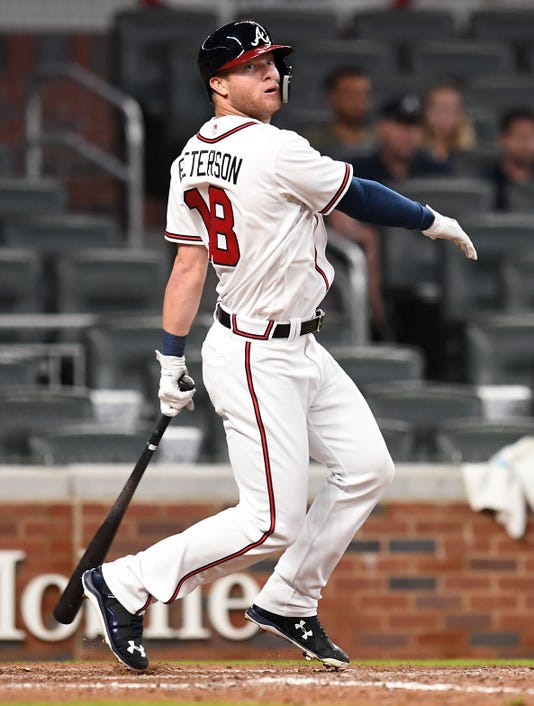 Detroit — The Tigers plucked outfielder Dustin Peterson off waivers from Atlanta Thursday afternoon and assigned him to Triple-A Toledo.

Catcher-first baseman John Hicks was transferred to the 60-day disabled list to clear a roster spot for him.

Peterson, who turns 24 on Monday, is a former second-round pick of the Padres who played in two games with the Braves this season. He had his ascent to the big-leagues stalled by a wrist injury early in 2017.

This year in Triple-A, he hit .268 with a .406 slugging percentage, 11 home runs and 55 RBIs, despite intermittent issues with the wrist.

In another move late Thursday, the Tigers released Triple-A lefty Josh Smoker. The 40-man roster now is at 39 players.