He began his career as a Tigers outfielder, progressed to farm manager and big-league coach, but is not being retained as minor-league hitting guru. 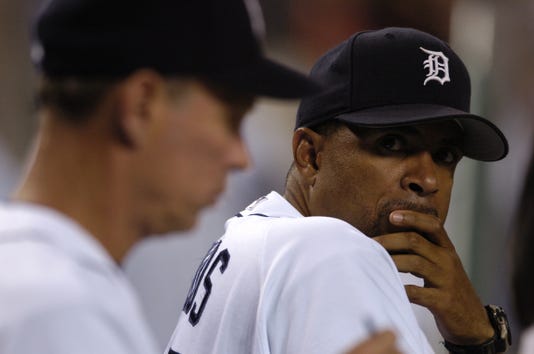 The Tigers will not be retaining Bruce Fields, who had been with the club for 31 years as a player, minor league manager, coach and roving hitting instructor.(Photo: Detroit News photo archives)

Following a 31-season stint as Tigers player, coach, minor-league manager, and hitting instructor, Bruce Fields is not returning to the team in 2019.

Fields’ contract as the Tigers’ minor-league roving hitting instructor was not renewed following the 2018 season, he confirmed Wednesday.

Fields first joined the Tigers after they drafted him in 1978 following a multi-sport career at Everett High in Lansing, where Fields was the basketball backcourt partner of Magic Johnson.

He made it to Detroit in 1986 and played 16 games before being traded to the Mariners, where he played in 1987 and ’88. Fields returned to the Tigers as a minor-league staffer and manager where he twice won the Midwest League Manager of the Year Award.