Jones, on the injured list, began a rehab stint at High-A Lakeland Friday and went 1 for 4 with three strikeouts. 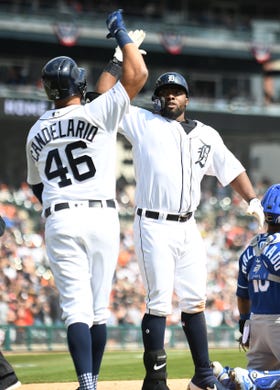 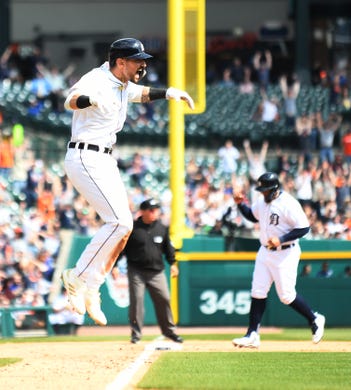 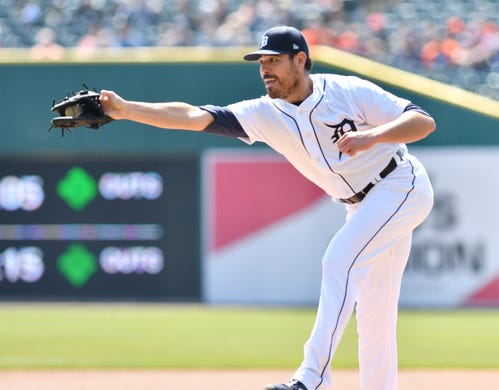 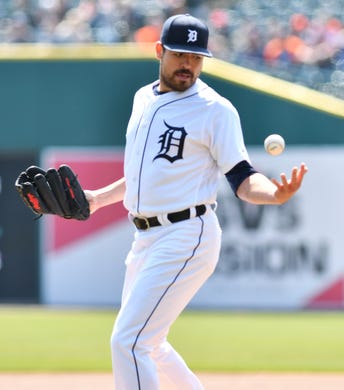 Tigers pitcher Matt Moore snags a come-backer in the first inning and then gets the out at first. Robin Buckson, Detroit News
Fullscreen 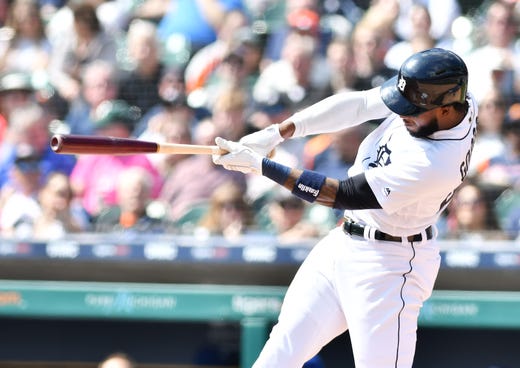 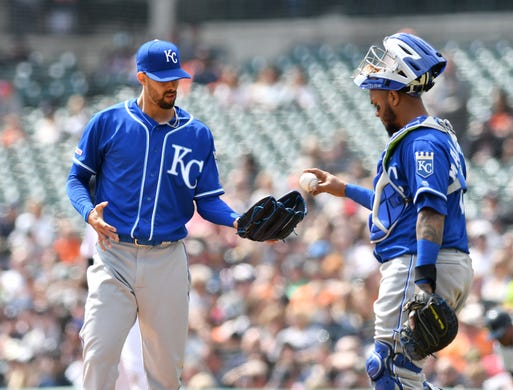 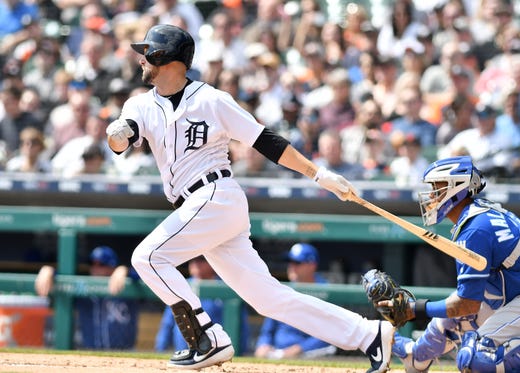 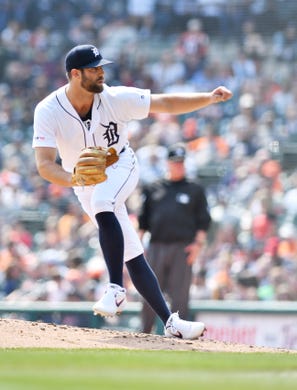 Detroit Tigers third baseman Jeimer Candelario is about to make the throw to first for an out in the fifth inning. Robin Buckson, Detroit News
Fullscreen 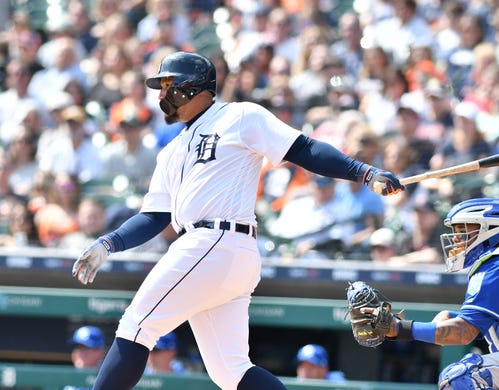 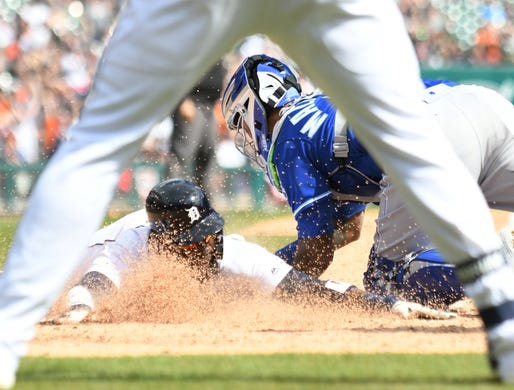 Detroit Tigers second baseman Josh Harrison is called out at this play at the plate with Royals catcher Martin Maldonado, right, in the seventh inning. Robin Buckson, Detroit News
Fullscreen 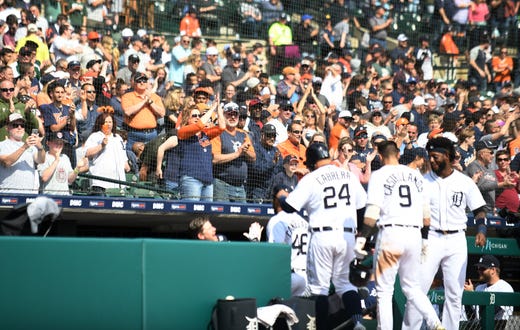 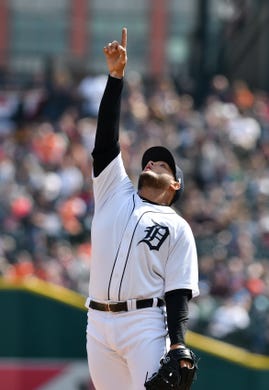 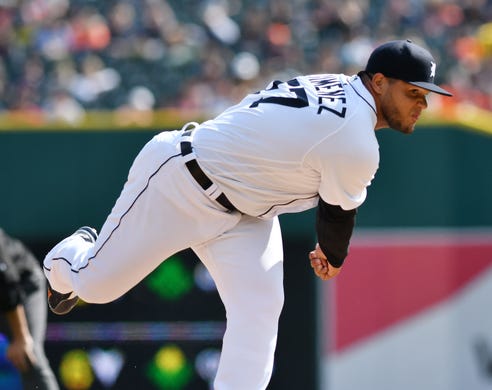 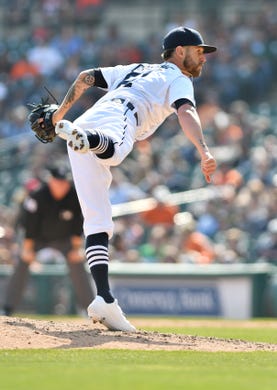 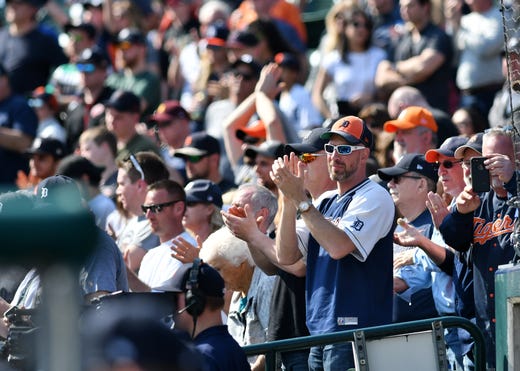 Fans stand and cheer for the final out of the game. Robin Buckson, Detroit News
Fullscreen 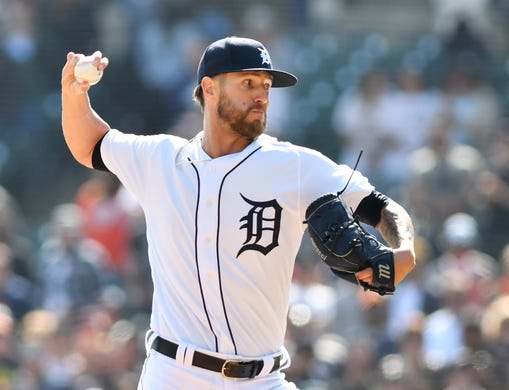 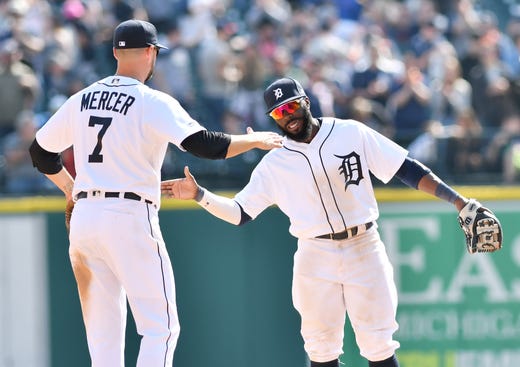 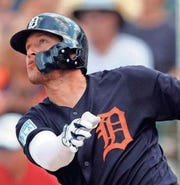 Detroit – JaCoby Jones is getting antsy. Nothing against Lakeland, but he’s had enough. He wants to get back to Detroit, back to playing center field for the Tigers.

But, as manager Ron Gardenhire forthrightly pointed out before the game here Saturday, he’ll be summoned when he shows that he’s ready to play at the big-league level.

Jones, on the injured list with a sprained AC joint in his left shoulder, began a rehab stint at High-A Lakeland Friday and went 1 for 4 with three strikeouts. The hit was a double. Gardenhire, though his comment was pointed, isn’t angry at Jones – he just wants him to understand, he needs more at-bats.

“If he’s striking out three times in A-ball, what’s he going to do up here?” Gardenhire said. “It’s about being healthy, yes. But he hasn’t swung a lot. He hasn’t had a lot of at-bats. You need at-bats, too. We want him up here desperately, but I still want him to put some good swings on the ball.

“You can’t just step back into the big leagues after missing that much time and say, I’m great.”

Gardenhire believes Jones needs to play three or four games before any kind of decision will be made on his return.

“He was at 92-93 mph and feels great,” Gardenhire said. “We’ll probably let him pitch one more time down there and then make a decision.”

After a three-game break, Mikie Mahtook was back in center field Saturday. Although he has started the season hitless in 16 at-bats with nine strikeouts, Gardenhire said he wasn’t giving Mahtook a mental health break this early in the season.

“He took over as our center fielder (after Jones was injured) but that doesn’t mean he’s our everyday center fielder,” Gardenhire said. “We’re moving people around, kind of mixing and matching, until JaCoby gets back.

“JaCoby is our center fielder. We’re just ad-libbing until he gets back.”

That said, Gardenhire could sense Mahtook had been pressing.

“It’s not so much because he was swinging and missing,” he said. “It’s his reactions after stuff happens.”

Mahtook, so aggressive in spring training, has been taking a lot of pitches, taking pitches for strikes that he’s seeing as out of the strike zone.

“He constantly looking up in the air (disagreeing with the calls), and that’s telling me he’s pressing a little bit,” Gardenhire said. “He’s not tracking the ball as well as he’s capable. I don’t know if it’s pressing or if he’s got to understand his strike zone better.

“But he’s been through this before. He’s going to be fine.”

Tyson Ross has pitched in 197 games in his big-league career – and not a single one of them at Comerica Park. He will rectify that in his 198th career game. Ross will start the finale of this series against the Royals Sunday.