Tigers drop Josh Harrison to No. 7; he responds with big hit in win

“It wasn’t easy for me to do this,” Ron Gardenhire said. “But I know we’ve given him enough time to this point."

Tigers drop Josh Harrison to No. 7; he responds with big hit in win 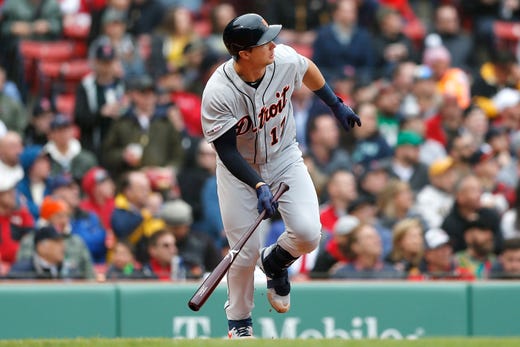 Detroit's Grayson Greiner watches his solo home run during the fifth inning of the first game of a doubleheader against the Red Sox on Tuesday, April 23, at Fenway Park in Boston. Michael Dwyer, Associated Press
Fullscreen 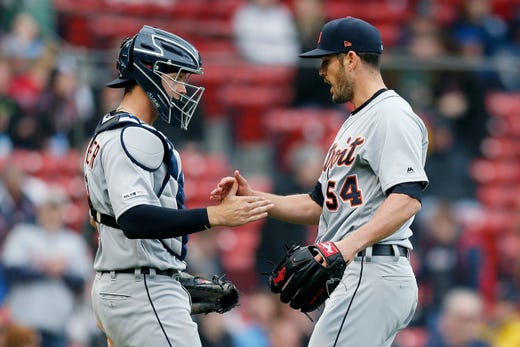 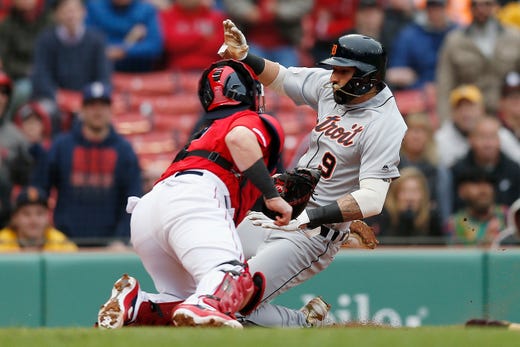 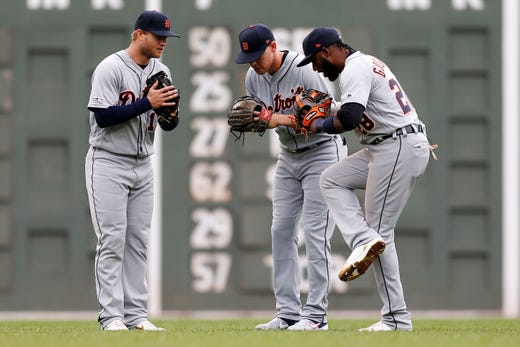 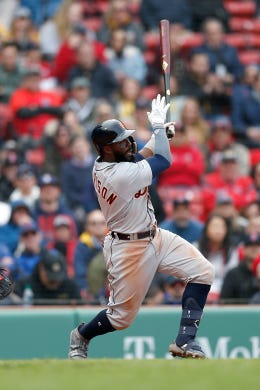 Boston reliever Colten Brewer, center, walks back to the mound after giving up an RBI single to Detroit's Grayson Greiner in the eighth inning. Michael Dwyer, Associated Press
Fullscreen 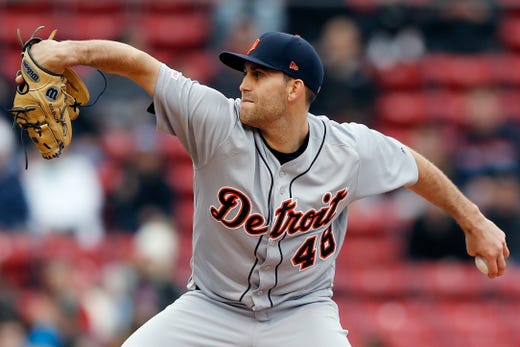 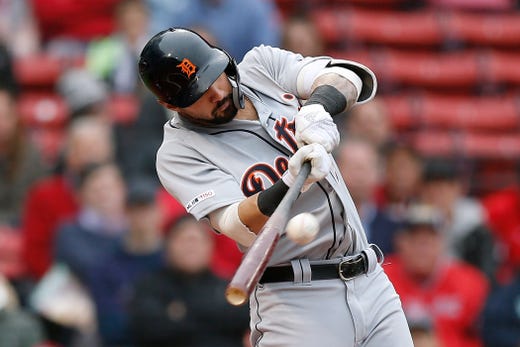 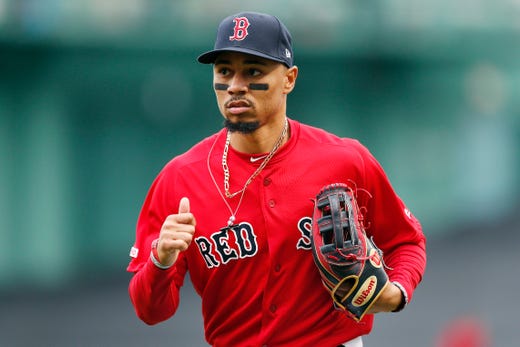 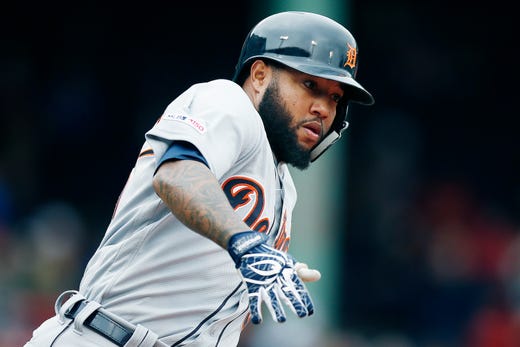 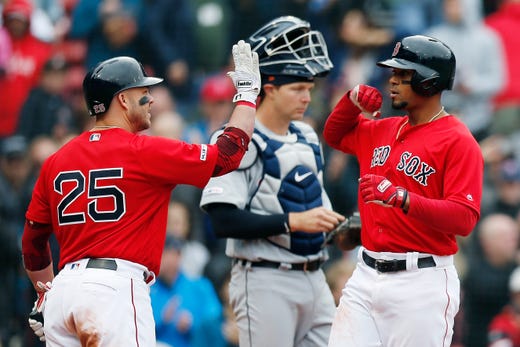 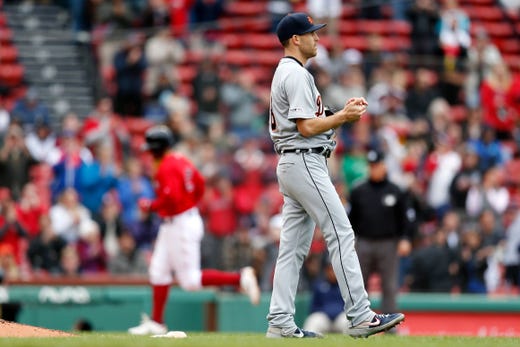 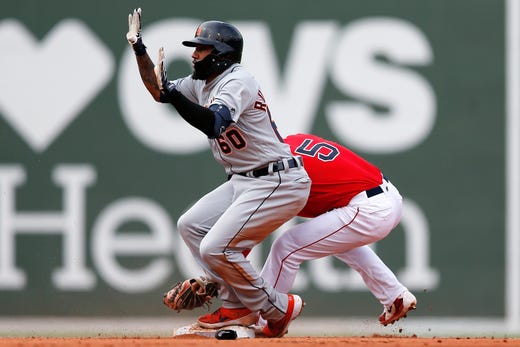 Detroit's Ronny Rodriguez slides safely into second base with a double in the eighth innning. Michael Dwyer, Associated Press
Fullscreen 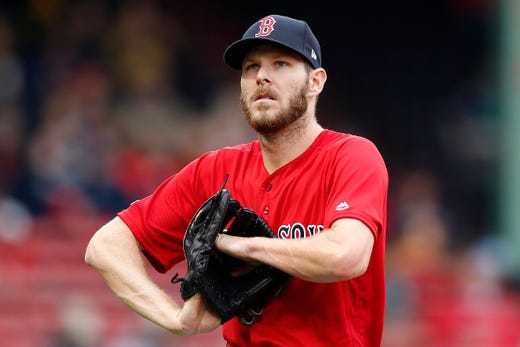 Boston — The decision to move struggling Josh Harrison out of the leadoff spot in the Tigers order was made Monday.

Jeimer Candelario was moved up to the top spot in Ron Gardenhire’s order, and Harrison dropped to seventh, for Game 1 of the doubleheader Tuesday.

“It wasn’t easy for me to do this,” Gardenhire said. “But I know we’ve given him enough time to this point."

Harrison went into the games Tuesday hitting .122, having collected two hits in his last 30 at-bats.

“I had a good conversation with him,” Gardenhire said. “I just think when you are going through scuffles and trying to figure out your swing and making adjustments, and then trying to lead off and take pitches — it just doesn’t add up.

“I told him we’re going to move you down and let you figure it out and find your swing. Then we’ll get you back up there. We need him. We need him up there. He’s a good table-setter when he’s going good.”

“He just needs to relax, go at-bat by at-bat and try not to do too much,” Gardenhire said. “He knows. He gets it. He went through this in Pittsburgh, too.”

So far so good. Harrison responded Tuesday with a single and double.

"He's been working really hard and he did make another adjustment," Gardenhire said. "You saw today, he wasn't tying himself up.

"He was freer with his bat going through the strike zone.

"Good for him and good for us."