The Tigers placed pitcher Jordan Zimmermann on the 10-day injured list with a sprain of his right ulnar collateral ligament. 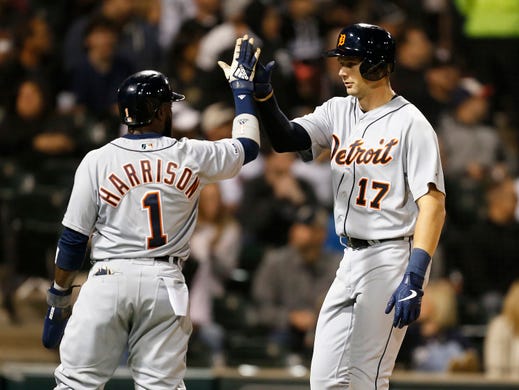 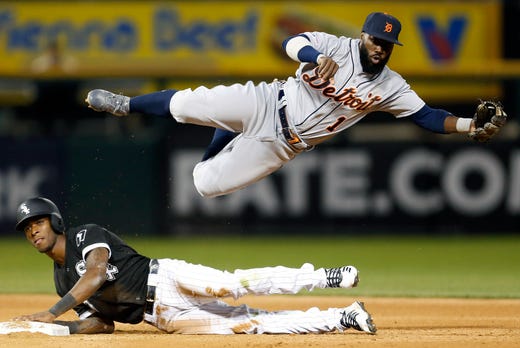 Detroit Tigers second baseman Josh Harrison (1) falls after throwing to first base while Chicago White Sox's Tim Anderson, bottom, is out on a fielder's choice during the fifth inning. Nuccio DiNuzzo, AP
Fullscreen 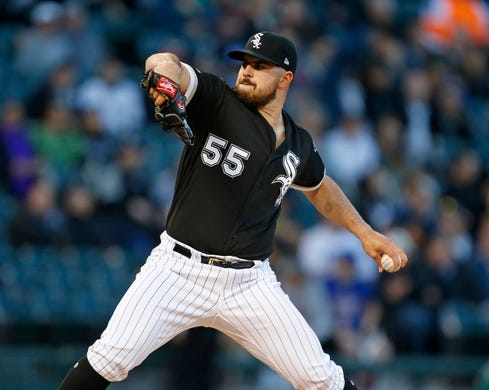 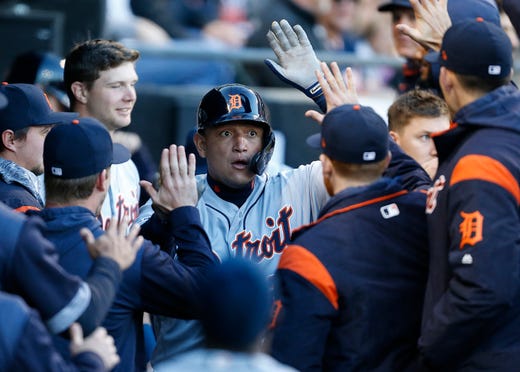 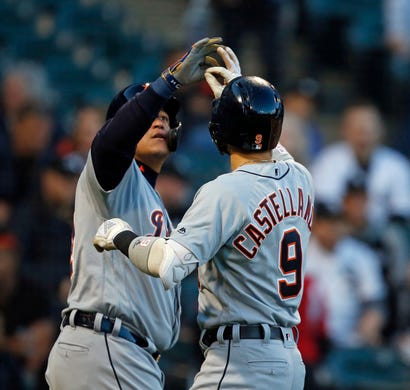 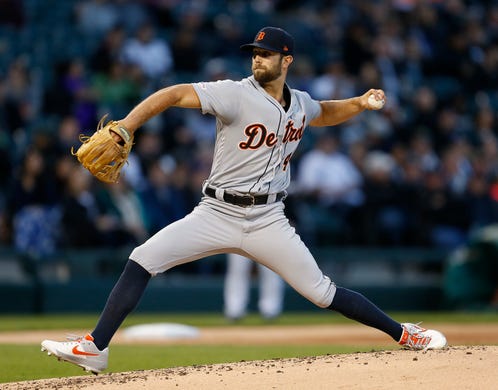 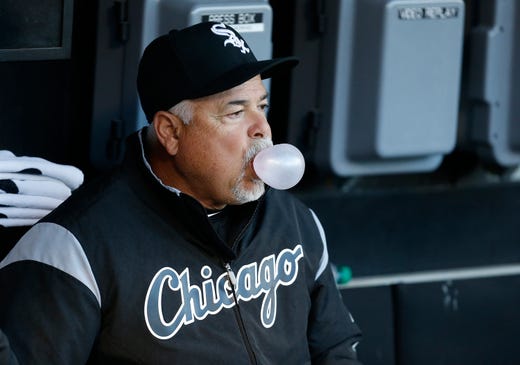 Chicago White Sox manager Rick Renteria sits in the dugout prior to a baseball game against the Detroit Tigers. Nuccio DiNuzzo, AP
Fullscreen 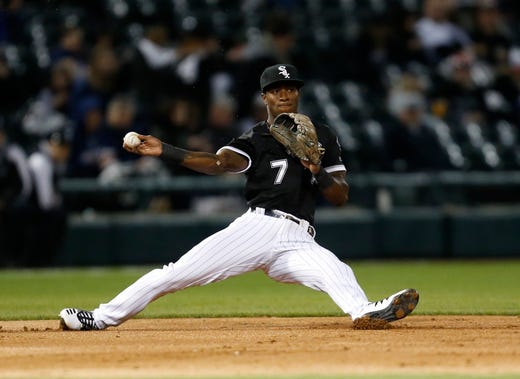 Chicago White Sox shortstop Tim Anderson (7) throws to second base for a fielder's choice against the Detroit Tigers during the third inning. Nuccio DiNuzzo, AP
Fullscreen 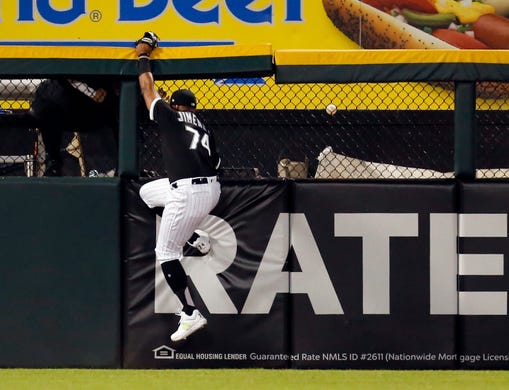 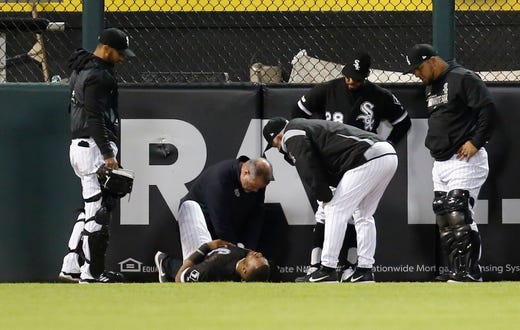 Chicago White Sox manager Rick Renteria and a team trainer check on Eloy Jimenez who was injured while climbing the wall to go after a home run by Detroit Tigers' Grayson Greiner during the third inning of a baseball game. Nuccio DiNuzzo, AP
Fullscreen 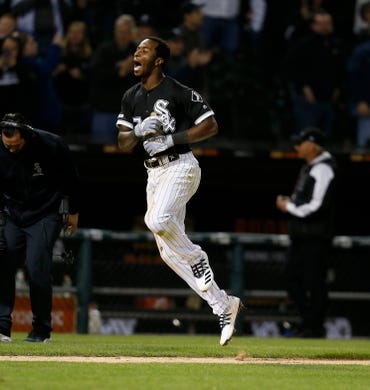 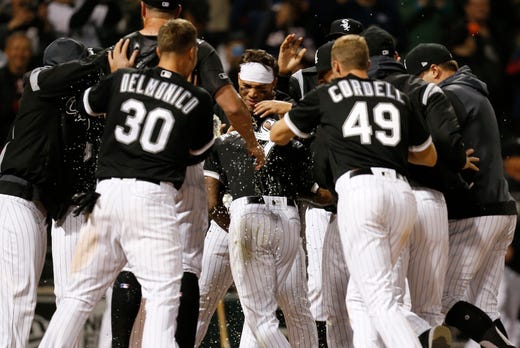 Chicago —  The discomfort Jordan Zimmermann felt in his right elbow Thursday night in Boston was way too familiar.

He felt it back in 2009 and it led to Tommy John surgery, the complete reconstruction of the ulnar collateral ligament and a year out of baseball. So when he went for his MRI Friday morning, he was sweating the results. 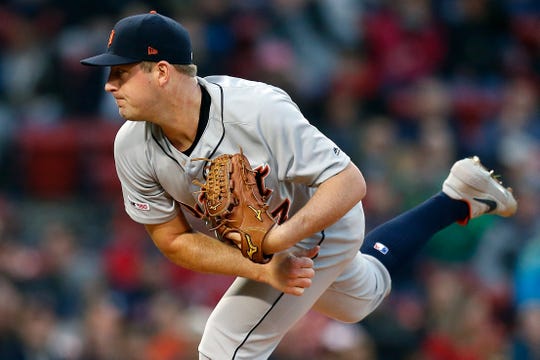 “Yeah, that’s why I was a little concerned going into MRI today,” he said. “But it came back that it was probably the best-case scenario. It’s something we’re going to rehab and take it day by day and see where it goes.”

The MRI showed what Tigers’ orthopedic surgeon Dr. Stephen Lemos thought it would, a sprain of the right ulnar collateral ligament. The Tigers placed Zimmermann on the 10-day injured list before the game Friday.

“It did show he has a sprain to the UCL ligament, he does have some damage to the ligament,” Tigers head athletic trainer Doug Teter said. “But, in Dr. Lemos’ opinion, it’s not to the point where you have to pull back and do surgery at this point.”

Teter said they will give it five to seven days for the inflammation to dissipate and then slowly work Zimmermann back in terms of range of motion, strength and then building his pitching program.

“This is going to be take it as it comes,” Teter said. “When he starts to throw, and he feels good, we will come back the next day. If he throws and he’s sore, we will give it a day. It’s not going to be cut-and-dry schedule.”

Teter said the optimistic scenario would be that Zimmermann could be able to pitch competitively in three or four weeks.

“That being said, if he needs more time, we’re going to take the time we need to get this thing right,” Teter said.

The reality is, there is no guarantee that rehab will solve the problem. Zimmermann may still end up needing a second Tommy John surgery. He’s going to be 33 next month and his contract expires after the 2020 season.

Surgery would effectively end his career as a Tiger. So, there is no down side to going the rest and rehab route.

"With any rehab, if you have a setback and he keeps having problems and he can't get over the hump — can't get out to 120 feet, can't get through an eight-minute bullpen — then you readjust and look at where you are at that time."

Teter was also asked how the 2009 surgery impacts this rehab.

“But really, you are looking at what you have in front of you right now. What are the symptoms, what are the limitations, what did the MRI say, what is the level of disfunction at this time — and that’s what you treat.”

Zimmermann, who had core muscle surgery in the offseason and has battled neck and shoulder issues the last three seasons, didn’t ask for a second opinion. He said the MRI was clear and he would prefer to get the rehab started as quickly as possible.

“To not be able to do that for a few weeks is tough. But at the end of the day, it could have been worse.”

The Tigers called up reliever Zac Reininger from Triple-A Toledo to provide a fresh arm for a taxed bullpen. But that move is unrelated to replacing Zimmermann.

Left-hander Ryan Carpenter was with the club in Chicago, though he hasn’t been added to the roster. He will be the starting pitcher Saturday if weather conditions permit the game to be played.

Beyond Saturday, though, the Tigers have three scheduled off-days in early May. They won’t need a fifth starter until May 10 when they play a make-up doubleheader in Minnesota.

“We got it all mapped out,” manager Ron Gardenhire said. “But we have some weather coming in (Saturday) but we will adjust on the fly if we have to.”

He wouldn’t say whether Carpenter would stay in the rotation or if there were other plans. One possible candidate to join the rotation is left-hander Blaine Hardy — who made 13 starts last season. Hardy is presently on the injured list with a forearm strain, but could resume throwing as early as Sunday.

“I don’t know if a rehab assignment will be necessary,” Hardy said. “But at the same time, I haven’t thrown for 10 days. Who knows? They may want to stretch me out. If that’s the case, then I would have to go down and pitch.

“I will just kind of roll with the punches and see what happens.”

Three of the Tigers five starting pitchers are now on the injured list — Matt Moore (knee surgery) and Michael Fulmer (Tommy John) are out for the season.

“They’ve got to take the ball and go out and pitch,” Gardenhire said. “You can’t really control injuries. It’s not anything they’re doing wrong. It’s just a violent act. Pitching is a violent act.

“Stuff happens and you’ve got to deal with it.”

Left fielder Christin Stewart rejoined the Tigers in Chicago and went through a heavy pregame workout with strength coach Chris Walter. He also threw and took some swings in the batting cage.

“It’s a lot better than what it was,” he said. “It’s hard to explain (how it feels). It’s pretty much just fluid, a bone bruise. We’ll just see how it responds tomorrow after doing a big workload today.”

Stewart would be eligible to come off the injured list on Monday, but more than likely, he will first need to play some games in Lakeland, similar to what shortstop Jordy Mercer is doing this weekend.

Mercer, barring a setback, is expected to rejoin the team Monday in Philadelphia.

►RHP Reynaldo Lopez (1-3, 7.46), White Sox: The Tigers beat him at Comerica Park last Sunday, though they managed just two earned runs off him. He threw a lot of fastballs, 56 of them between 92-98 mph, and the Tigers had an average exit velocity of 91 mph on the ones they put in play.