Tigers DFA Rule 5 pick Reed Garrett, who could be lost to Rangers

Garrett had his latest tough outing in Thursday's 17-3 loss to the A's, allowing four runs on four hits in an inning of work.

Tigers DFA Rule 5 pick Reed Garrett, who could be lost to Rangers

Bob Wojnowski, Tony Paul and Chris McCosky discuss the Tigers at the quarter pole of the season. The Detroit News

Detroit — You can talk about the rebuild all you want. But the Tigers still are trying to win ballgames, they're doing an absolutely horrible job of that lately, and patience is clearly running thin.

Third baseman Jeimer Candelario got the boot to Toledo on Wednesday, and after Thursday's 17-3 loss to the Oakland A's, it was Reed Garrett shown the door.

Garrett was designated for assignment following his latest horrific outing — an inning in which he gave up four runs on four hits, including a home run. He's given up 14 earned runs in 15.1 innings.

In the postgame clubhouse, he sat solemnly near his locker, a bag half-packed, as teammates came over to offer consoling hugs. 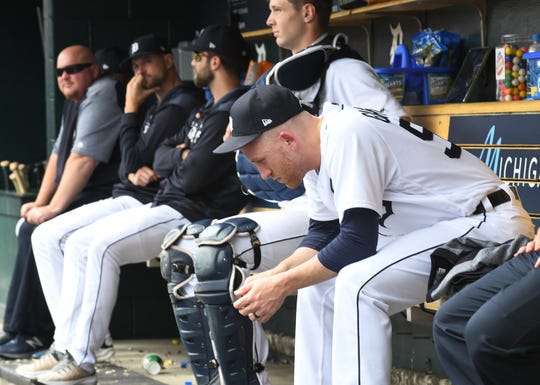 "He can't control the strike zone at all right now," manager Ron Gardenhire said. "He's got a wonderful arm, but we have to have innings out of him.

"You can't use him. You've gotta be usable, no matter how hard you throw.

"With the way our situation is, we can't live with it." 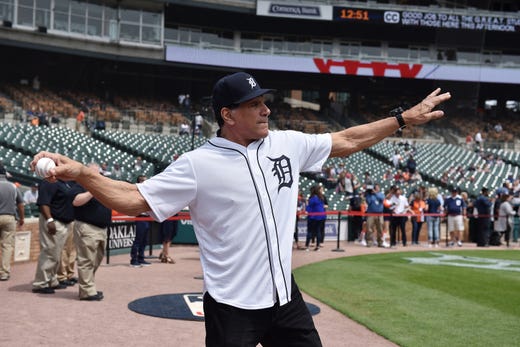 Lou Ferrigno, aka, The Incredible Hulk, warms up his arm before the ceremonial first pitch before the game between the Detroit Tigers and Oakland Athletics on Thursday, May 16, 2019, at Comerica Park in Detroit. Robin Buckson, Detroit News
Fullscreen 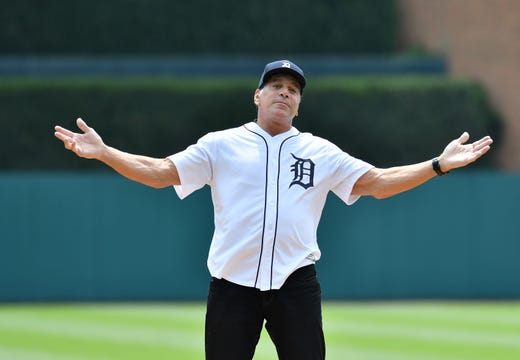 Lou Ferrigno, aka, The Incredible Hulk, reacts after he throws the ceremonial first pitch before the game. Robin Buckson, Detroit News
Fullscreen 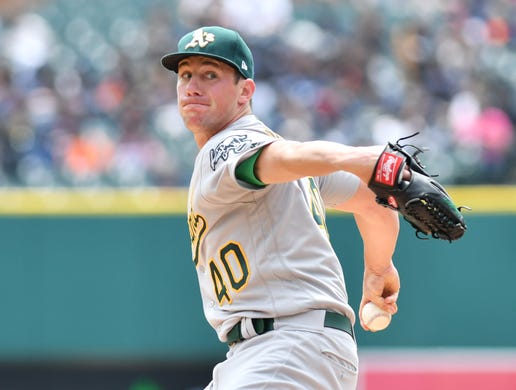 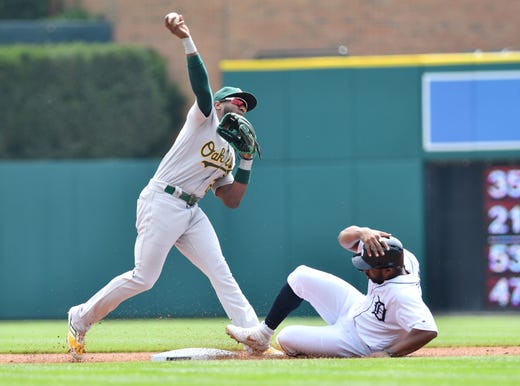 Athletics shortstop Marcus Semien makes the throw to first after getting the force out on the Tigers' Christin Stewart in the first inning. Robin Buckson, Detroit News
Fullscreen 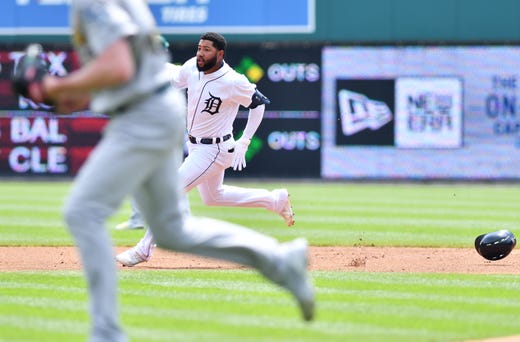 The Tigers' Ronny Rodriguez loses his helmet on his triple in the third inning. Robin Buckson, Detroit News
Fullscreen 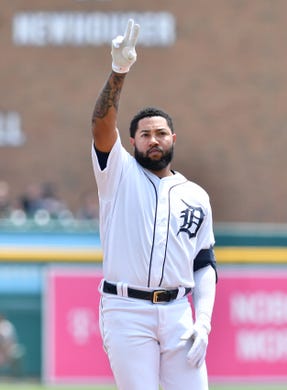 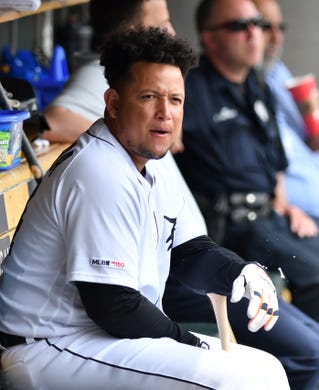 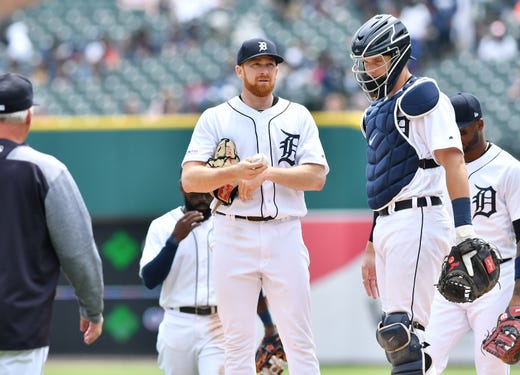 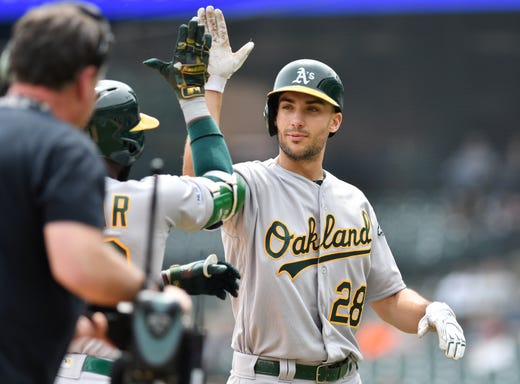 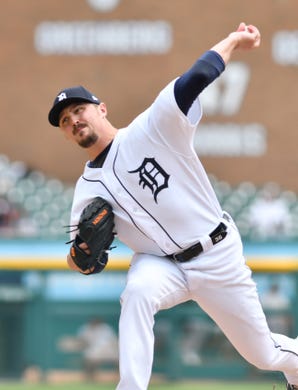 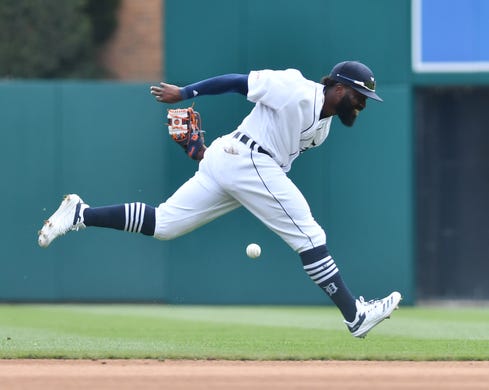 Tigers second baseman Josh Harrison (1) can't get to a single off the bat of the Athletics' Khris Davis in the fifth inning. Robin Buckson, Detroit News
Fullscreen 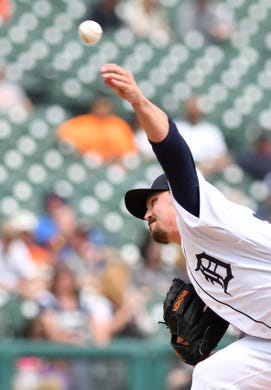 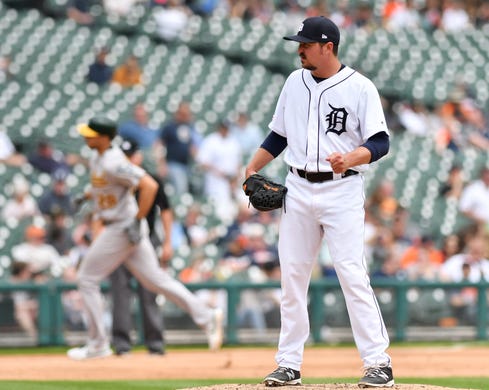 Tigers pitcher Blaine Hardy stands on the mound as the Athletics' Scott Olson rounds the bases on his solo home run to give Oakland a 9-0 lead in the sixth inning. Robin Buckson, Detroit News
Fullscreen 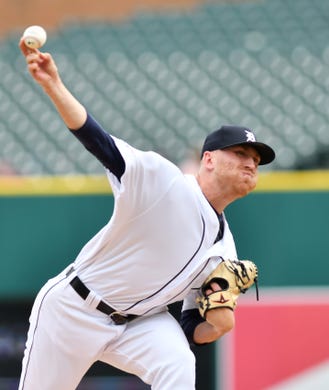 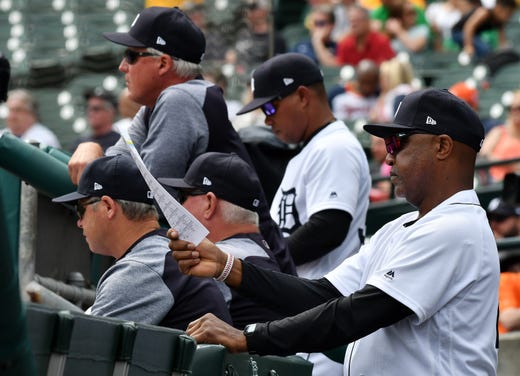 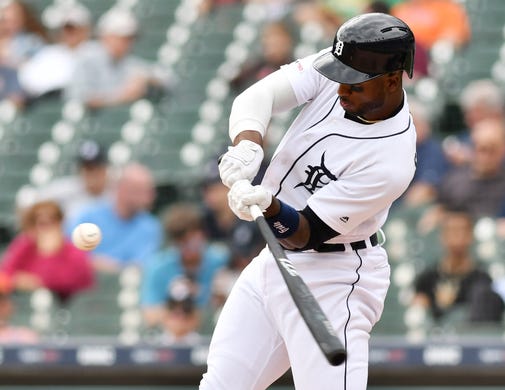 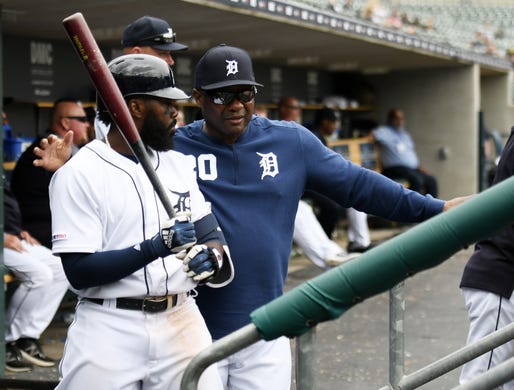 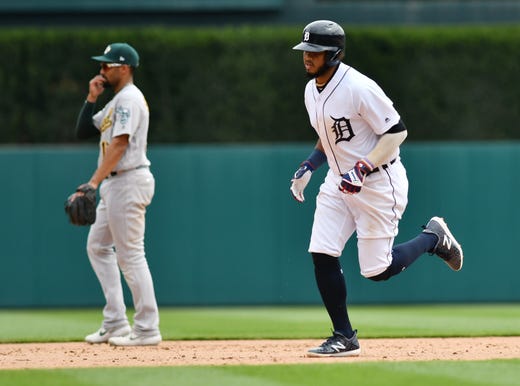 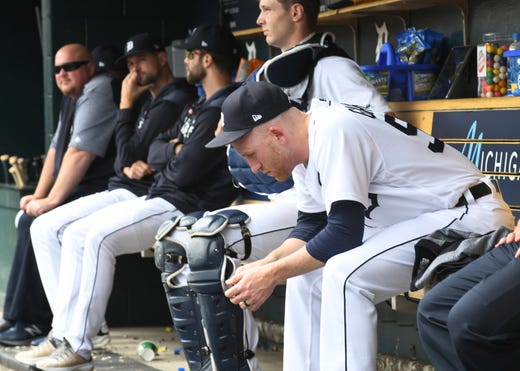 The Tigers' Grayson Greiner walks off the field after he strikes out swinging to end the game. Robin Buckson, Detroit News
Fullscreen

Garrett, 26, was acquired by the Tigers in the December Rule 5 draft, meaning he'd have to spend the entire 2019 season on the Tigers' active roster or they risk losing him.

If he clears waivers, Garrett will be offered back to the Texas Rangers, the team that took him in the 16th round of the 2014 MLB Draft.

He's got a powerful right arm, averaging more than 95 mph with his fastball. Problem is, the exit velocity off the opponents' bats (94.2) is almost as fast as that average fastball — significantly worse than the league average.

He's allowed runs in each of his last six outings, which an ERA of 17.55 in that span.

"Great arm, yes, but he just misfires too much," Gardenhire said. "We love the kid, but it's just too much. It's not working."

Taking Garrett's place on the roster will be right-hander Sandy Baez, and this won't comfort you: He has an 7.58 ERA in 19 innings at Triple-A Toledo this season. But the Tigers, who got four innings or less from a starter for the fourth consecutive game Thursday, need arms. Any arms, and Baez qualifies. He had a nine-game with the Tigers in 2018, with a 5.02 ERA over 14.1 innings.