The City of Detroit officially unveiled Willie Horton Drive at the intersection of Canfield Street and the John C. Lodge service drive.

Detroit Tigers legend Willie Horton had a street named in his honor Wednesday. The Detroit News

Detroit — It looks different these days, the old neighborhood. The high rises from the Jeffries Housing Projects have made way for upscale townhomes, the old playground where Willie Horton hit some of his earliest prodigious home runs has been spruced up.

But some things never change.

"This is home," Horton said Wednesday, the latest day in his honor. "If I go downtown five days a week, I stop by here four times." 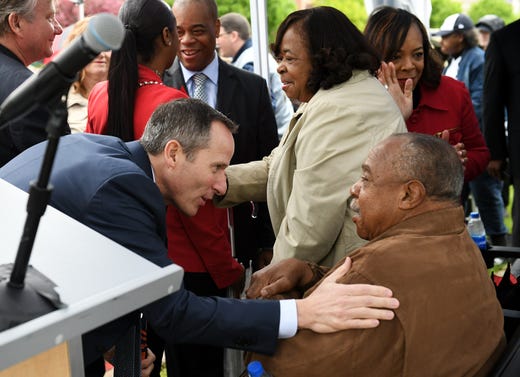 Chris Ilitch, left, president and CEO of Ilitch Holdings, Inc., greets Willie Horton at the dedication ceremony for Willie Horton Drive at the corner of West Canfield Street and the Lodge south service drive in Detroit on Wednesday, May 22, 2019. Robin Buckson, The Detroit News
Fullscreen 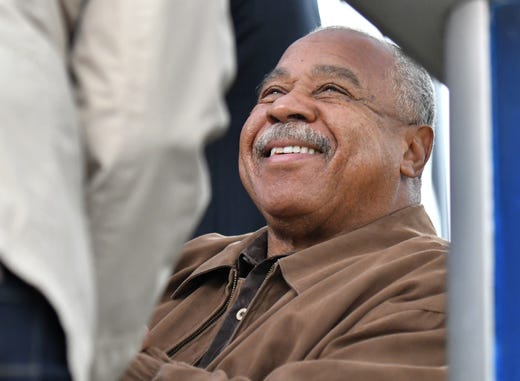 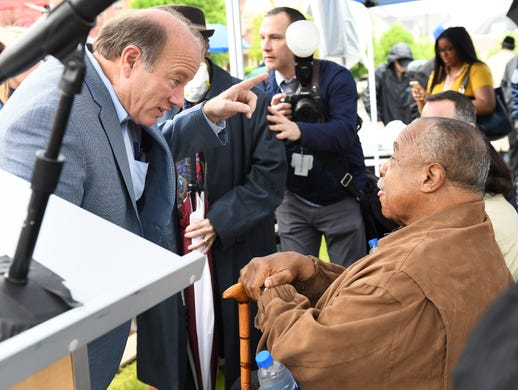 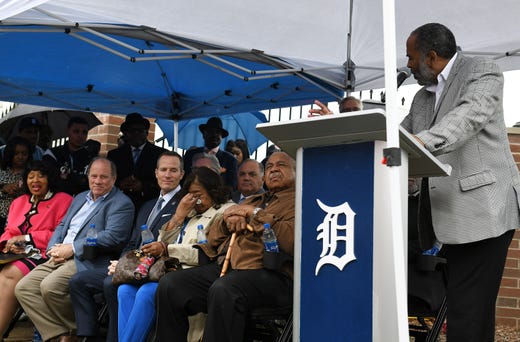 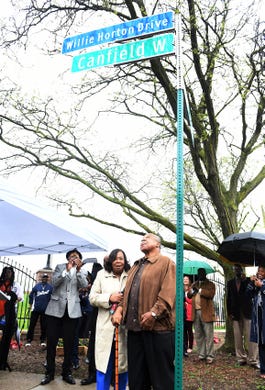 Willie Horton and his wife Gloria after the sign is unveiled for Willie Horton Drive. Robin Buckson, The Detroit News
Fullscreen 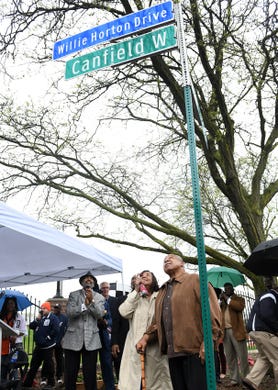 Willie Horton, right, and his wife Gloria after the sign is unveiled for Willie Horton Drive. Robin Buckson, The Detroit News
Fullscreen 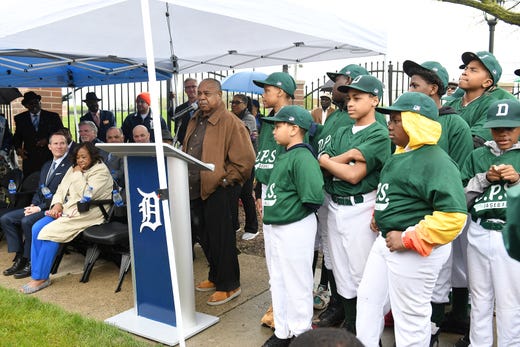 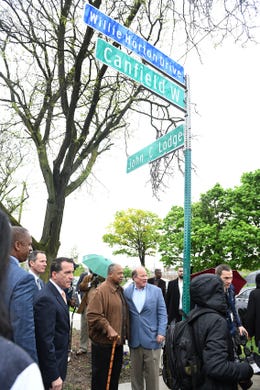 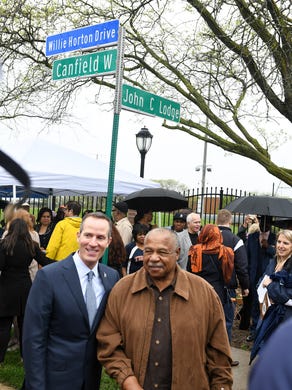 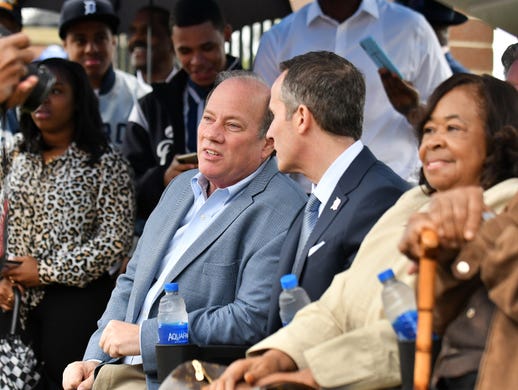 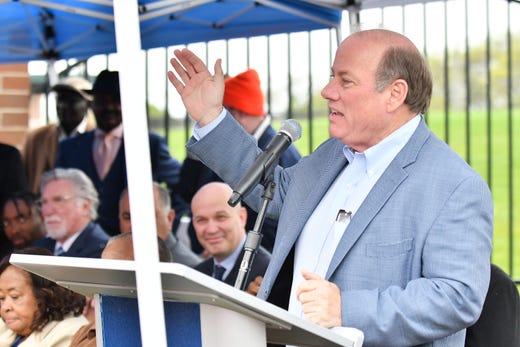 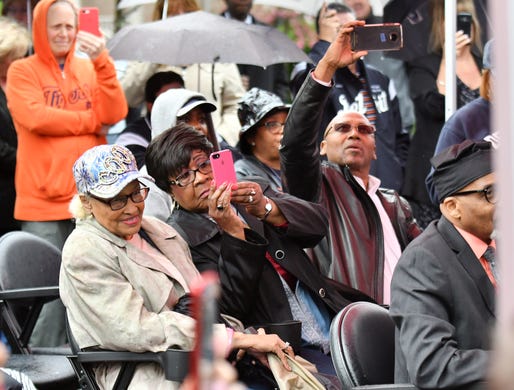 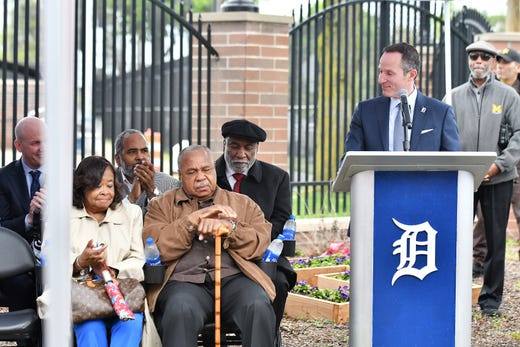 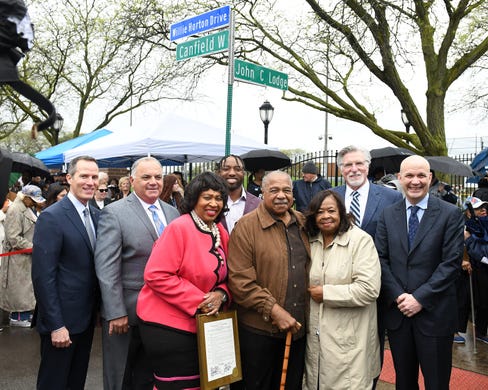 Horton, the Detroit legend and former Tigers great, was celebrated by the City of Detroit, which officially unveiled Willie Horton Drive at the intersection of Canfield Street and the John C. Lodge service drive.

Willie Horton Drive will be the secondary name of that portion of Canfield, the blue ceremonial street sign sitting atop the green primary one.

A steady rain fell as several speakers reflected on Horton's life and legacy, but it couldn't damper the spirit of the ceremony — beyond several rows of seating for dignitaries, a number of fans craned their necks to get a look at the hometown hero.

"It is truly fitting that we are able to recognize Willie right here in the neighborhood where he grew up," said Christopher Ilitch, chairman and CEO of the Tigers whose late father Mike was very close to Horton. "It would've been wonderful if my Dad would've also been here today. He would've loved to celebrate this great honor.

"He was a big Willie Horton fan."

And the feeling was plenty mutual.

"Your dad," Horton said, turning to Christopher Ilitch, "I called him 'The Boss,' but he was more than a boss to me." 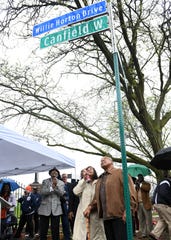 While Horton is most remembered on the field for those throw in Game 5 of the World Series — a strike to home plate to get the speedy Lou Brock and turn the momentum of the series with the St. Louis Cardinals — Duggan recalled his own favorite memory, a game at Tiger Stadium in the summer of 1976.

It was Detroit's Mark Fidrych, smack dab in the thick of "Bird Mania," against Texas' Gaylord Perry, the future Hall-of-Famer. Horton didn't start, but he pinch-hit in the ninth inning and hit a walk-off home run into the seats in left field. The Tigers won, 4-3, and the ballpark went nuts.

"And the fans stayed in the stands chanting over and over, 'We want Willie,' 'til he came back out of the dugout," said Duggan, who was 17 years old that summer. "And nobody stood and cheered louder and longer than I did, cuz I thought as a fan in the center-field bleachers in 1976 that was gonna be the only way I could ever say thank you to Willie Horton for all he meant to me.

"And so it's an enormous honor to be here on Canfield to be able to thank him in a much more permanent way."

Horton grew up in the rough-and-tumble neighborhood, one of 21 children to parents who both were killed in a New Year's Day car accident in 1965 — before the start of Horton's third year with his hometown Tigers.

Horton credits a lot of people for his upbringing and success — from his days starring at Detroit Northwestern, to 15 seasons with the Tigers — including his parents, and before and after they died, Judge Damon Keith, who became a father figure. Keith provided Horton the confidence he could be a baseball star, when Horton grew up thinking he would become a firefighter.

Horton, now 76 and relatively healthy after some scares in recent years, played 18 seasons in Major League Baseball, almost all of them with the Tigers. He hit 325 career home runs and had 1,163 RBIs, and was a key member of the 1968 World Series champions. He also was a central figure off the field, famously hopping atop a police car, in his Tigers uniform, to plead for peace during the 1967 riots.

The Tigers traded him to the Texas Rangers in 1977, and he played briefly with them, the Cleveland Indians, Oakland A's, Toronto Blue Jays and Seattle Mariners before retiring after the 1980 season. 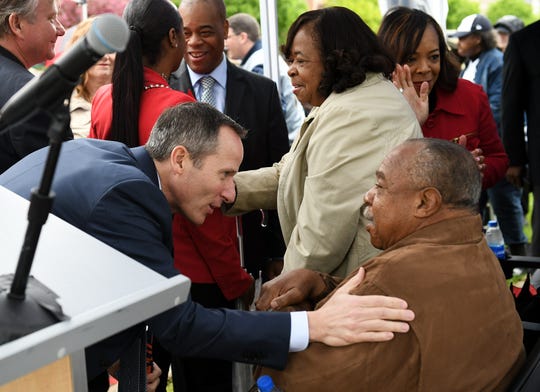 It didn't take him long to return home, and in 2000, Mike Ilitch made Horton's No. 23 the only number to be retired by the franchise which didn't belong to a member of the Baseball Hall of Fame. There's a statue, too. That's how much Ilitch thought of Horton's impact. In 2001, Horton joined the front office, and in 2002, he was named special assistant to the president, a role he continues today, alongside Al Kaline.

"Willie is truly my hero, and has been my hero for a long time," Jones said. "Willie, I love you so much. This could not happen to a better person."

Wednesday's ceremony was just the latest in a long line of honors over the years for Horton, whose work in the community and with children is legendary in Detroit circles. He has his name on the softball diamonds at Detroit Northwestern, as well as on the field at the new Tiger Stadium, revitalized by the Detroit Police Athletic League. He was given the Spirit of Detroit Award in 2004 and The Order of Saint Maurice, the highest military honor given to civilians, in 2006.

Every Oct. 18, his birthday, is officially "Willie Horton Day" in the state of Michigan.

It's been quite a life, to be sure, and one that got its start right there at the corner of Canfield and the Lodge, which may look different these days — but will always be home.

"It's changed big time. I used to box right across the freeway," Horton said, pointing across the Lodge, following the dedication ceremony, at which he was joined by wife Gloria, their children and several other family members. "I'm the youngest of 21 kids. I've got one sister left, and me. And I had an opportunity to tell each and every one of them before they left, how much they meant to Willie Horton and his life. They kept me out of bad traffic and drug free.

"I never envisioned this."

Clark Doman contributed to this report;