The Tigers got one (minor) victory Wednesday; Stumpf wins standoff

Third base umpire Paul Nauert threatened to throw Stumpf out of the game.

The Tigers got one (minor) victory Wednesday; Stumpf wins standoff 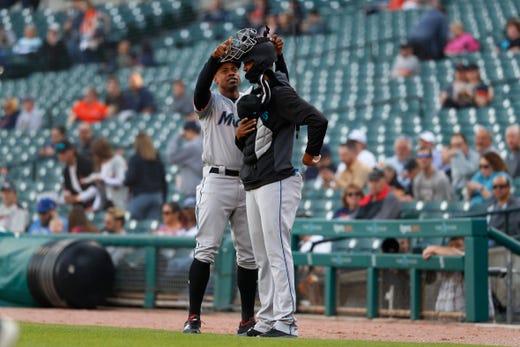 Miami Marlins' Curtis Granderson, left, places a catcher's mask on Sandy Alcantara after the national anthem before the team's baseball game against the Detroit Tigers in Detroit, Wednesday, May 22, 2019. Alcantara stood on the field until an umpire asked him to leave before the first pitch. Paul Sancya, AP
Fullscreen 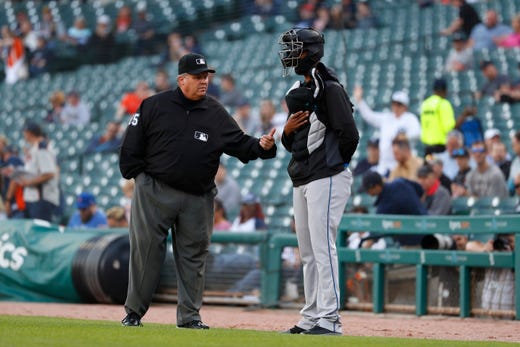 First base umpire D.J. Rayburn tells Miami Marlins pitcher Sandy Alcantara to leave the field before the first pitch of the team's game. Alcantara stood with equipment on after national anthem until he was asked to leave the field. Paul Sancya, AP
Fullscreen

Umpire Fieldin Culbreth tells Miami Marlins pitcher Sandy Alcantara to leave the field before the first pitch as the player stood with equipment on after national anthem until he was told to leave the field. Paul Sancya, AP
Fullscreen 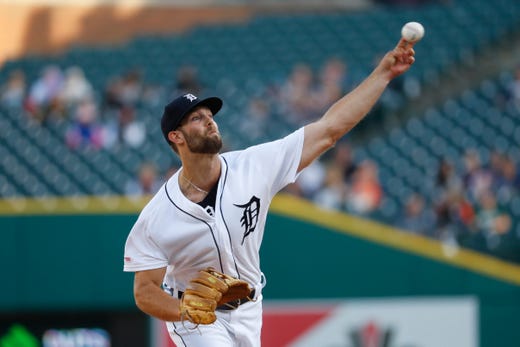 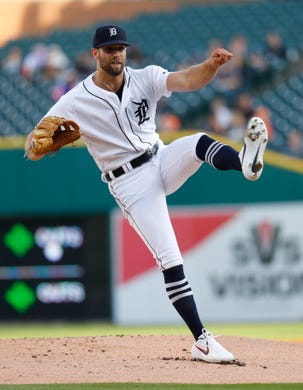 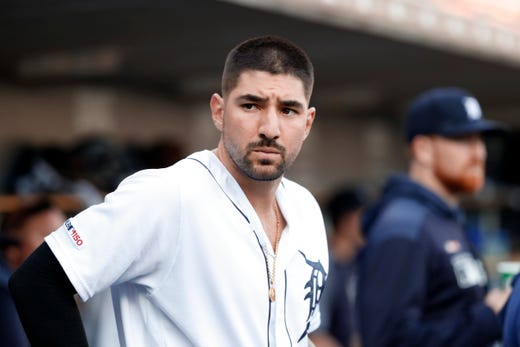 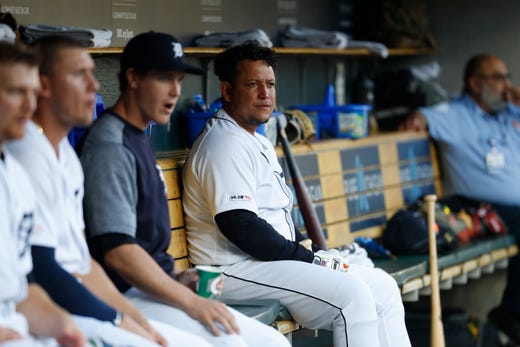 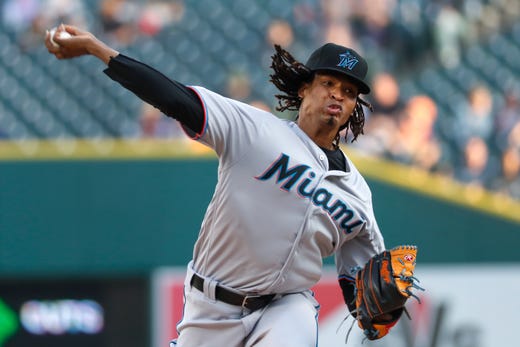 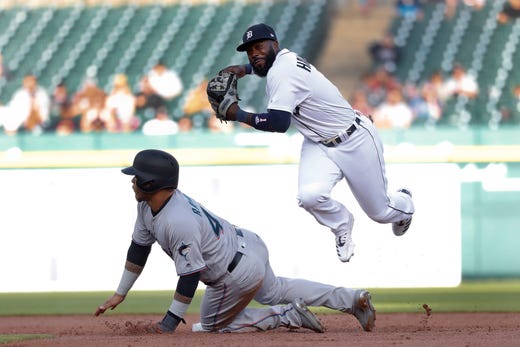 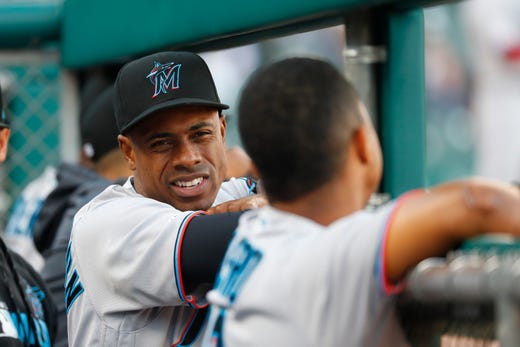 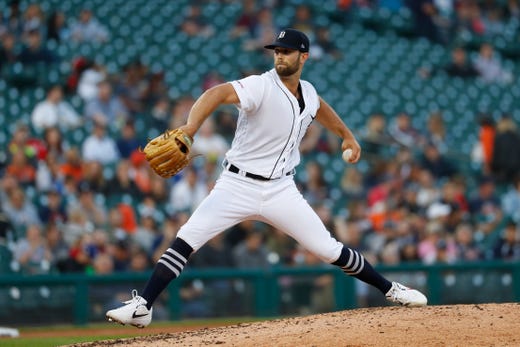 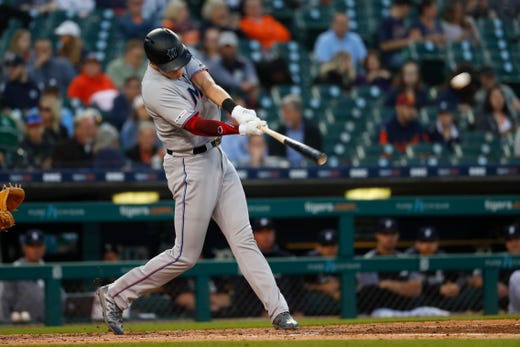 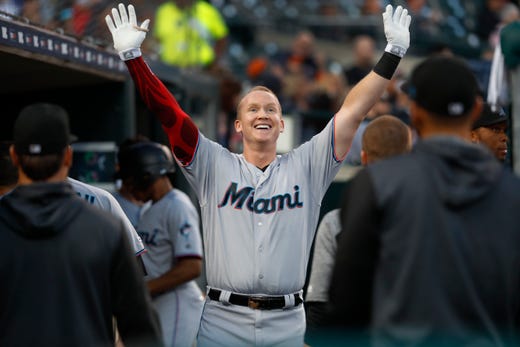 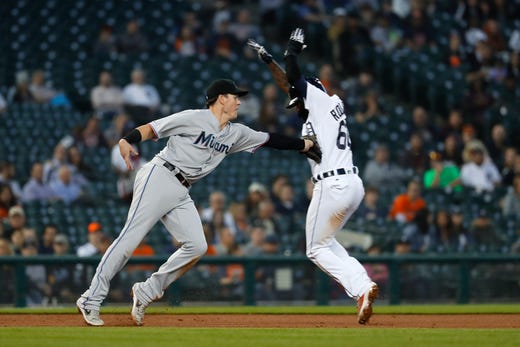 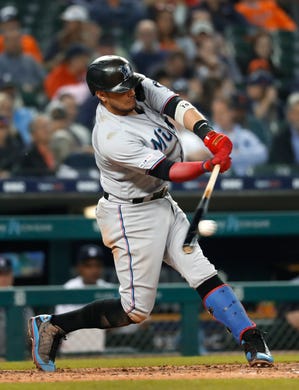 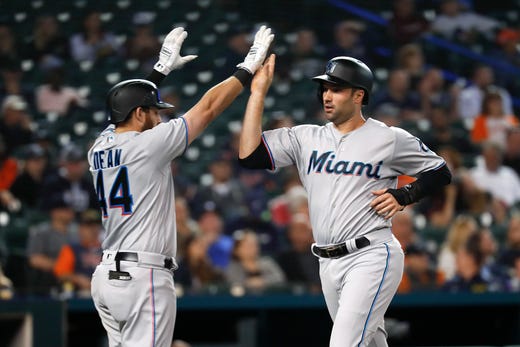 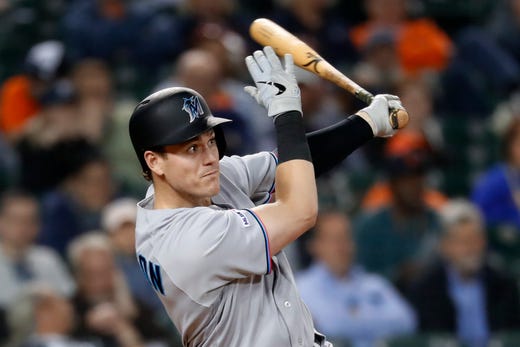 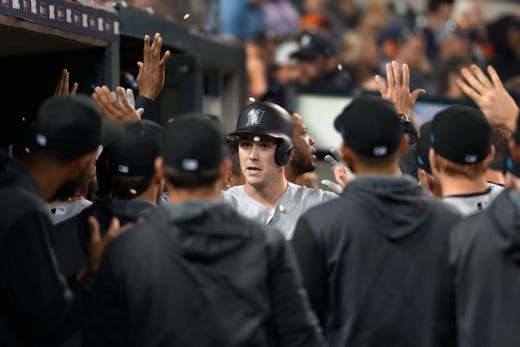 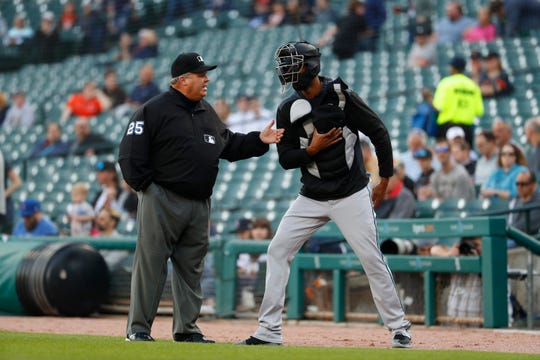 Detroit — The night started with a standoff.

After the national anthem was sung Wednesday night and the players retreated to their dugouts, Tigers reliever Daniel Stumpf held his position, hat off, hand over heart, and across the field Miami Marlins pitcher Sandy Alcantara did the same in front the visitors’ dugout.

"It's not something that really gets determined ahead of time," Stumpf said. "I just stand out there every time and make sure everyone walks off. It just so happened today, I had someone who didn't walk off.

The Tigers starters took their positions, Daniel Norris completed his warm-ups, and still the two players were stood stock still, not budging. Curtis Granderson, fearing for his teammate’s safety, came out and outfitted Alcantara with a chest protector and catcher’s mask.

Nick Castellanos made sure Stumpf was hydrated and somebody else gave him a towel.

"Usually it's me and (reliever Zac) Reininger that wait out there but he left me out there today and started walking toward the bullpen," Stumpf said. "Everybody in the dugout was saying, 'You better not leave.' "

It got a little dicey, as Norris was ready to throw the first pitch with lead-off hitter Austin Dean strolling up to the plate. Third-base umpire Paul Nauert wasn't amused by Stumpf's forbearance.

"He threatened to throw me out of the game," Stumpf said. "He said, 'Get off the field or I'm going to throw you out.' I was just standing there. I thought that was a little much. Worry about balls and strikes. It's all fun and games."

At the same time, crew chief Fieldin Culbreth was asking Alcantara to get in the dugout.

"When I saw him talking, I decided I was going to hang in there," Stumpf said. "Everybody in the dugout was saying, 'You better not move.' My heart really got racing when he said he was going to throw me out.

"I was available to pitch today, (Alcantara) is a starting pitcher. If they ring me up, Gardy (Manager Ron Gardenhire) might be a little upset."

But Culbreath was able to nudge Alcantara into the dugout first.

So, score it a TKO for Stumpf.

It would be the only victory of the night for the Tigers, as the Marlins extended the Tigers losing streak to eight with a 6-3 win.