'If it was easy, it wouldn't be my life': New Tiger Carlos Torres has been around

'If it was easy, it wouldn't be my life': New Tiger Carlos Torres has been around 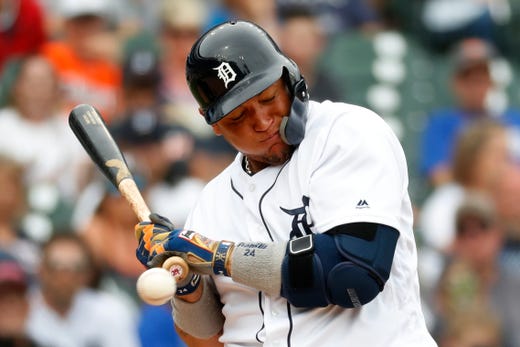 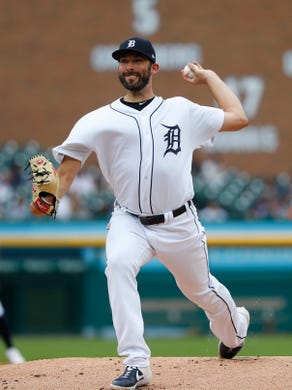 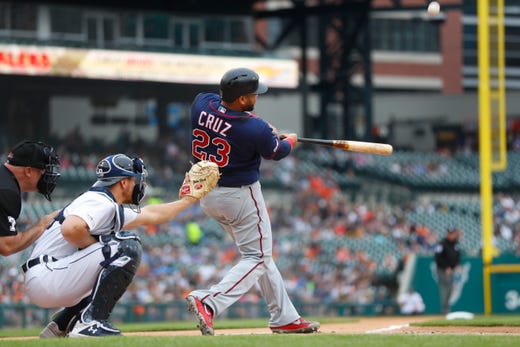 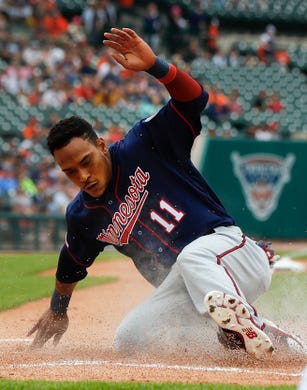 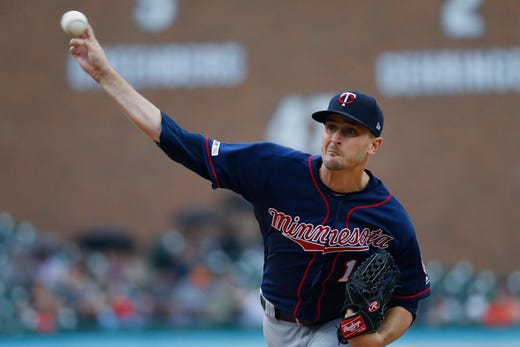 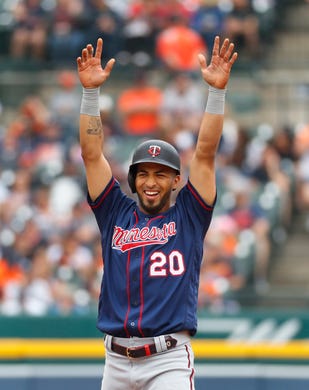 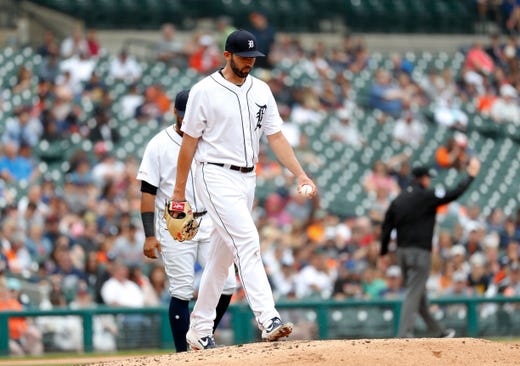 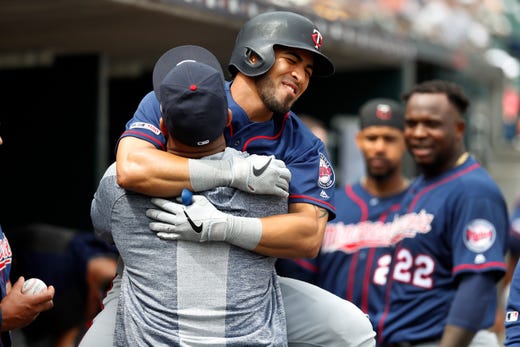 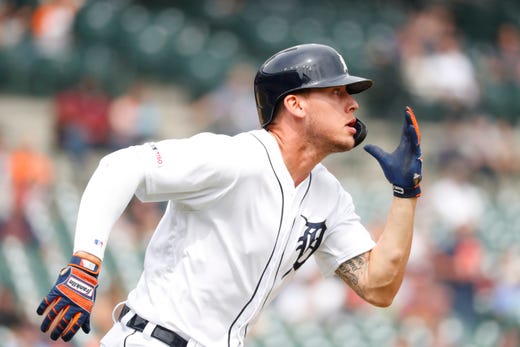 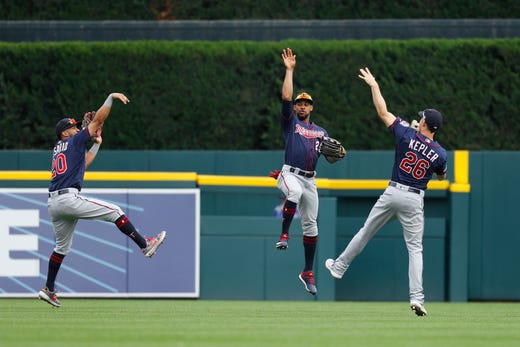 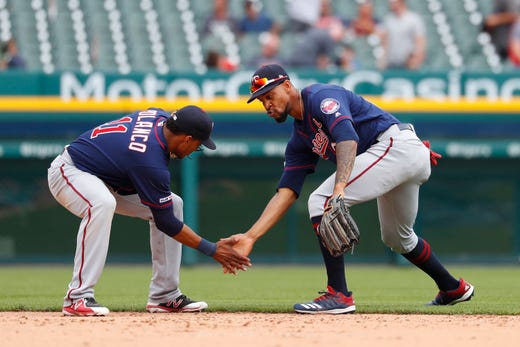 Minnesota Twins' Jorge Polanco (11) and Byron Buxton celebrate after the final out in the ninth inning. Paul Sancya, AP
Fullscreen

Detroit – Carlos Torres, the Tigers' new right-handed bullpen arm, isn’t going to take offense to being called a journeyman. Shoot, his whole life has been one constant journey.

“My buddy said, ‘If it was easy, it wouldn’t be my life,’” said Torres, who the Tigers signed as a minor-league free agent on May 28. 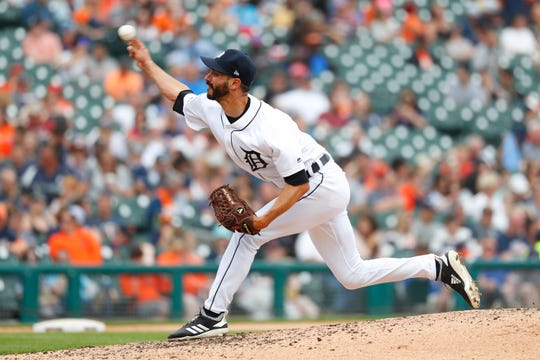 Growing up in Santa Cruz County, the son of an agricultural worker who emigrated from Zacatecas, Mexico, he went to multiple high schools in California. Then, chasing his baseball dream, he attended five colleges in four years. Since the White Sox drafted him in the 15th round in 2004, he’s played for nine different organizations as well as one season in Japan.

“It’s the way it is,” he shrugged. “It’s the reason we keep working hard, trying to get back. And now, I am very happy to be back.”

He had a forgettable stint with the Nationals last year (seven runs in 9.2 innings) before signing a minor-league deal with the Padres this offseason. He was pitching well in Triple-A (seven runs, 23 strikeouts in 25 innings) when he exercised his opt-out and became a free agent last month.

“It’s always a no-brainer move, you are always going to take the opt-out,” Torres said. “I just decided to force (the Padres) hand and see what they wanted to do. I didn’t feel like I was the right fit for them, so I needed to go somewhere else.”

The Tigers, in desperate need for veteran relievers who can pitch multiple innings, snapped him up. He threw 5.2 scoreless innings at Triple-A Toledo before his contract was purchased Saturday. The Tigers moved second baseman Josh Harrison to the 60-day injured list to make room for Torres on the 40-man roster.

“I do enjoy this ballpark,” he said. “I played here when I was with the White Sox. Throwing curveballs here is not going to be an issue. I’m not going to have to worry about curveballs being front-footed over the fence here.

“So I can mix in more of my stuff and probably more effectively use my curveball.”

Torres’ repertoire features 93-mph four-seam and two-seam fastballs, a cutter at 91 mph and a slow (80 mph) curve. He can also mix in a change-up.

“Just try to pound the strike zone and throw strikes,” he said. “That’s the secret of baseball. It’s always nice to throw 99 mph, but if you don’t have 99 you go with what you’ve got.”

On his Twitter handle, Torres identifies himself as the 17,211th person to play in the Major Leagues. There is immense pride, as there should be, in surviving the journey for as long as he has.

“Just take the number of people who didn’t last three years, which is the first year of arbitration – that number is small,” he said. “Let alone the number of guys who started out playing little league. How many who played in high school went to college, got drafted and actually made the Major Leagues?

“I am proud of everything. But I’ve been supported by a lot of coaches and a lot of organizations. It’s a testament to them as much as myself.” 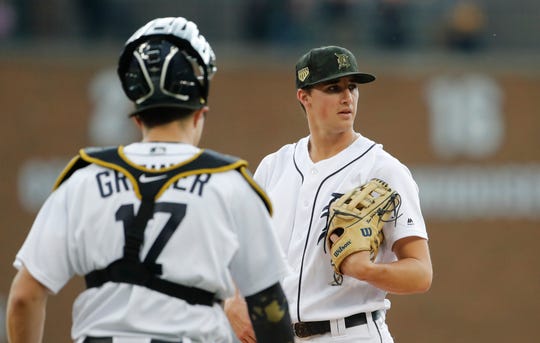 “I felt bad sending Reiny out,” Tigers manager Ron Gardenhire said. “I thought he’s been better. His arm strength is really good and his breaking ball was getting better. He needs to just keep working. We’re in a situation where we signed Torres to bring him in and give us multiple innings.

“But I’d like to get Reiny back up here.”

“It was a chin thing,” Gardenhire said. “When he was throwing his breaking ball, he was doing one thing with his chin. And when he threw his fastball, he was doing something else. It was a simple thing to pick up and we got him to be more consistent with the way he was approaching everything.”

Say it ain't so, Joe

For the second time this season, Gardenhire has temporarily relieved him of his eighth-inning set-up duties.

“We’d like to get him in (less stressful) situations, but I don’t know how that works,” he said. “It seems easy when you say it, but when the game is going on, it’s not easy to find the right leverage situations.”

Gardenhire said the goal is to get him to stack up a couple of clean outings and start rebuilding his confidence, which has taken a hit the past couple of weeks.

“But it’s still the big leagues and you are facing big-league hitters,” he said. “We’ve got to back off of him and let him breathe and try to pick and choose situations to get him in there. But ultimately he’s going to have to get big-league hitters out and get his confidence back.”

Nick Castellanos, with the Tigers down 11-1 in the sixth inning, ran into an inning-ending double-play from second base. With one out, Brandon Dixon hit a soft line drive to right field, directly to right-fielder Max Kepler. Castellanos took off and was standing on third when the catch was made. "I took a secondary lead and I saw the way he swung at it," he said. "My instinct was to score."

... Jordan Zimmermann threw 35 pitches in a rain-shortened rehab start at High-A Lakeland Saturday night. He allowed two runs on two hits with two strikeouts. “He will be back out there in another three or four days,” Gardenhire said. “We might have to extend (the rehab assignment) because he didn’t feel great as far as his mechanics. We will have to play it by ear and see how he feels.”

… Shortstop Jordy Mercer continues to take treatment on his ailing right quad, but he’s still not ready to resume his rehab assignment. “Every time we get moving forward, he feels it again,” Gardenhire said. “He’s really frustrated. I quit giving him grief even. I can’t even get on him about being a tough Okie. He’s so frustrated I have to leave him alone.”