Back with Red Sox, Mario Impemba feels 'robbed' of proper goodbye with Tigers

For the first time since Aug. 26, Mario Impemba was back at Comerica Park, calling Tigers baseball.

Back with Red Sox, Mario Impemba feels 'robbed' of proper goodbye with Tigers 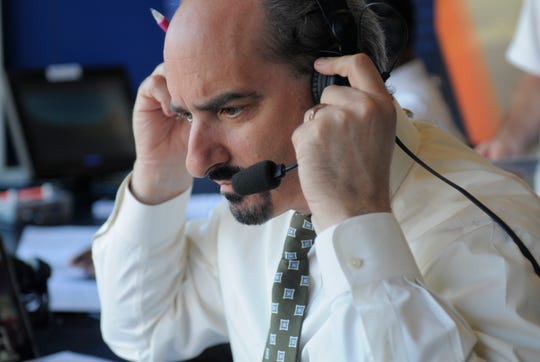 Detroit — For the first time since Aug. 26, Mario Impemba was back at Comerica Park, calling Tigers baseball.

Only he was doing it in the visitor's radio booth.

"It was weird," Impemba said during a rain delay in the top of the sixth inning of Friday's Red Sox-Tigers game. "It was strange taking my route to the ballpark, but not parking in the same parking garage, not going in the same booth, not walking into the same door.

"But it's been good. It's fun working for this team. They're a Class A organization. It's been a blast."

Impemba, 56, spent 17 years as the play-by-play voice of the Tigers on Fox Sports Detroit before an in-booth physical altercation between himself and longtime on-air partner Rod Allen in Chicago last September eventually cost both of them their jobs.

Impemba quickly landed on his feet, being hired by the Red Sox to be part of the new radio rotation. His relationship with Dave Dombrowski, current Red Sox president and former Tigers president and general manager, helped him land the new gig.

But in a frank conversation Friday, Impemba said he's still working through some anger at how things went down last fall.

Both Impemba and Allen have disputed various media accounts of what went down, but have declined to get into specifics publicly. There was something about a chair, but of course it was more than that. Someone put his hands on someone. Tensions had been boiling for a while between two men who never were overly close off the air, anyway.

"There's still a lot of negativity surrounding what happened," Impemba said. "A lot of people ask me, 'Why aren't you telling your story?'

Easier said than done, especially given calling the Tigers was Impemba's dream job, having grown up in Metro Detroit, and having gone to Michigan State.

Impemba and Allen called more Tigers games on TV, well more than 2,000, than any other duo in franchise history.

And then, just like that, it was all gone.

"I'm angry. I was angry," Impemba said. "You know, I spent 17 years here in my hometown, this is my hometown team, I wanted to leave on my terms when I felt I couldn't do the job anymore and say, 'It's been a great ride, thanks, I appreciate the opportunity.'

"And I was robbed of that. There's some bitterness and anger there that you've gotta flush out. I think I'm getting there.

"I'm more angry at the situation, and it's just going to take some time." 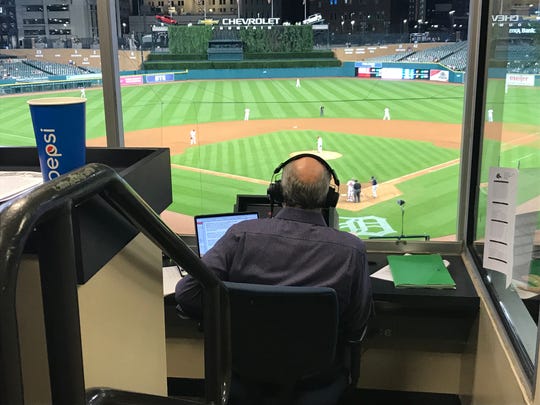 It's for that reason that Impemba acknowledged he was a bit apprehensive in the days leading up to this weekend's three-game series in Detroit. He said some of his relationships in the organization were fractured, and felt it would be awkward.

Truth was, he was welcomed back by many in the press box.

"It is what it is. I knew coming in, this is where I was gonna be, I need to do the games here," Impemba said. "I'm representing the Red Sox, and that's the bottom line.

"But it's been really positive and that's a cool thing. I've tried to flush the negativity out of my life the last nine months. It's been a good return here. I'll do two more games after tonight, and then go on with my life."

In landing the Red Sox job, it marked a return to radio for Impemba, who, again, spent the last 17 years on TV.

It was in radio that he got his start, though, with eight years in the Angels' minor leagues, and then seven with the Angels before getting the Tigers job.

He said he's enjoyed the transition back to radio.

"There's more freedom, there's less cooks in the kitchen, you just do what you do," he said. "And there's less egos in radio, too. It's been a lot of fun."

Almost as much fun as joining a historic franchise like the Red Sox, who are coming off a World Series championship. He loves the Fenway Park "aura," and he's got a fine bunch of ballplayers to talk about, too.

And, who knows, a World Series ring just might be in his future, too.

If there's a silver lining to the whole fracas, it's that his odds for that went way up, given the Tigers' dismal record and current rebuild.