The Tigers have lost 33 of their last 40 games, the worst stretch in baseball since the 2012 Astros 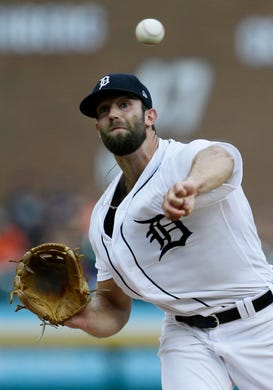 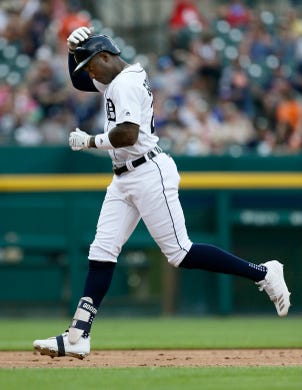 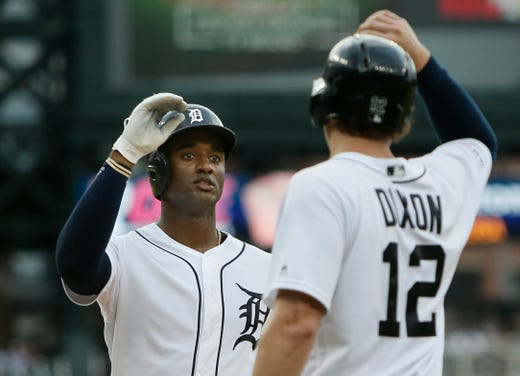 Toronto Blue Jays' Vladimir Guerrero Jr., with his glove tucked inside his uniform, walks off the field after a rain delay was called during the fourth inning. Duane Burleson, AP
Fullscreen 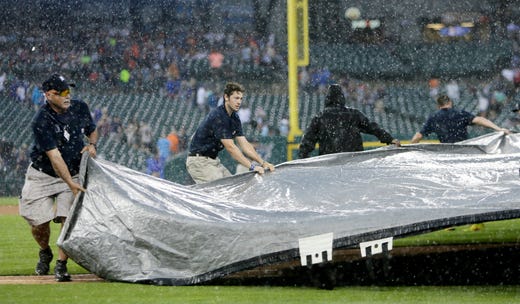 Detroit Tigers' grounds crew work to cover the field during a thunderstorm during the fourth inning. Duane Burleson, AP
Fullscreen 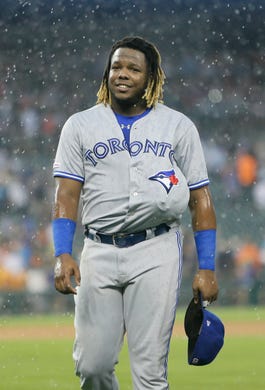 Toronto Blue Jays' Vladimir Guerrero Jr., with his glove tucked inside his uniform, walks off the field after a rain delay was called during the fourth inning of a baseball game, Saturday, July 20, 2019, in Detroit. (AP Photo/Duane Burleson) Duane Burleson, AP
Fullscreen

Toronto Blue Jays' Brandon Drury towels off before a baseball game against the Detroit Tigers, with the starting temperature announced as 93 degrees. Duane Burleson, AP
Fullscreen 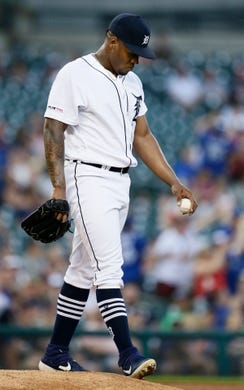 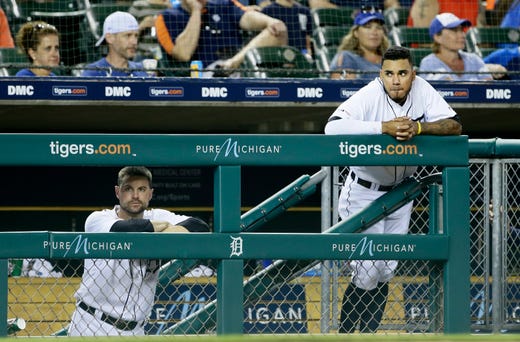 Detroit Tigers' Jordy Mercer, left, and Harold Castro watch from the dugout during the ninth inning of a 7-5 loss to the Toronto Blue Jays Saturday. Duane Burleson, AP
Fullscreen 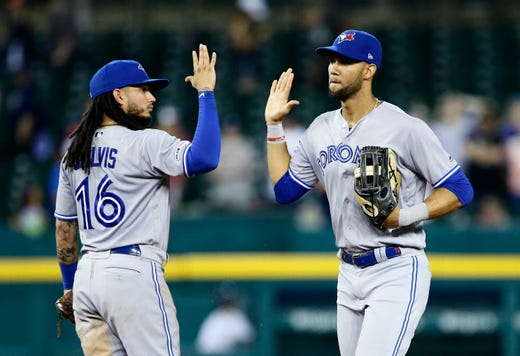 This one, though, probably best to redact it from his memory. 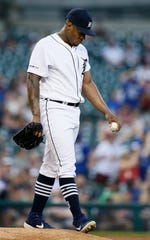 Just recalled from Triple-A Toledo earlier Saturday, Soto gave up two home runs, including a game-changing grand slam to Vladimir Guerrero, Jr., and the Blue Jays administered yet another home loss to the Tigers —7-5.

"He was misfiring," manager Ron Gardenhire said. "Fastball was up, slider was spinning. He threw some really good sliders, too, but he didn't locate his fastball and didn't pitch on the inner half enough.

"He'd been really good in that situation, just not tonight. We needed some innings because of everything we've been through. Just didn't work out."

Here’s the grim rundown: Eleven losses in 12 games. Since June 1, they have lost 33 of 40, which, according to research by MLB.com, is the worst losing stretch in baseball since the 2012 Houston Astros. It is the Tigers worst stretch since 1996.

It’s also their 27th loss in the last 30 games at Comerica Park.

And, in the last seven games, the bullpen has pitched 26⅔ innings. Of course, had it not been for the rain Saturday, Soto may have stayed in the bullpen.

John Hicks launched a 2-2 slider by reliever Wilmer Font into the seats in left field right after a 59-minute rain delay in the bottom of the fourth inning — his first home run since May 29 — and the Tigers led 5-1.

That lead lasted five batters. Soto, who took over for starter Daniel Norris, loaded the bases with one out, setting the table for Guerrero, the Blue Jays 20-year-old phenom.

"That was kind of like going in a vacuum door, it kind of sucks the wind out of you for a second," Gardenhire said. "Then you realize you are still playing baseball and it's a tie game and you've got to go play.

"But it does knock the socks off you for a minute."

The Tigers didn't have time to recover from Guerrero's blast. Brandon Drury slugged a go-ahead, two-run homer off Soto in the top of the sixth.

In 1⅓ innings against Soto, the Blue Jays scored six runs and put nine balls in play. Five of them were struck with an exit velocity in excess of 100 mph.

One of the five outs he got was a double by Eric Sogard, who rounded second base too far and was thrown out on a well-executed relay from Nick Castellanos to second baseman Harold Castro to first baseman Brandon Dixon covering second.

"We were in the game, we were knocking the baseball around pretty good," Gardenhire said. "And we hit some balls on the nose out into the grand canyon out there in center field. Guys were coming back frustrated because they barreled them up good.

"That's a good sign. We made some loud noise with the bats."

It was tough luck for Norris, though. He’d worked his way through four innings and had a 3-1 lead when the rains came.

"He did great," Gardenhire said. "He had all his stuff and he was uses all his pitches well. Of course then the rains got us and he's had the flu bug. So, we was pretty much toast no matter which way it went.

"Once the rain came he wasn't going back out."

Norris allowed a single to lead-off hitter Sogard and an RBI double to Freddy Galvis in his first four pitches of the game. Then got three outs in the next five pitches, stranding Galvis at third.

"I had the flu in Cleveland and I have strep throat now," Norris said. "But it's OK. I'm tired now, but I felt OK out there."

Castellanos led off with his league-leading 33rd double and scored on a single by Dixon.

Niko Goodrum followed with an opposite-field blast into the Tigers’ bullpen in left. It was his ninth home run and second in three games.

But, despite some hard-hit balls, they mustered just two hits off the final four Blue Jays relievers.

After the game, the Tigers sent reliever Zac Reininger back to Triple-A Toledo. Left-hander Tyler Alexander is expected to be called up and make his second start of the season Sunday.

Gardenhire said there could be more shuffling of the bullpen, too, in order to add some fresher arms.