Josh Harrison played in just 36 games for the Tigers and none since May 27. 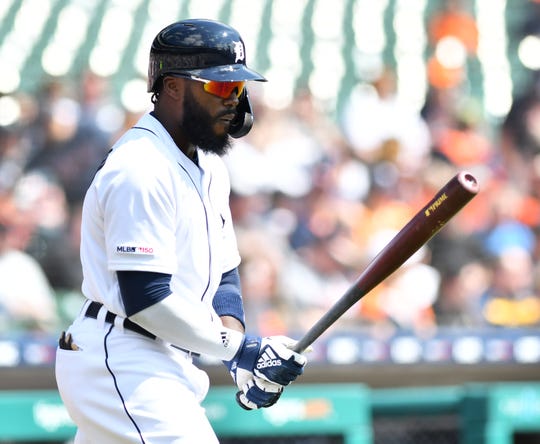 Detroit – This is what it’s going to be like around here the rest of the way – players coming and going almost daily.

And not just young players.

"I talked to Josh today and I thanked him for his hard work and his effort," general manager Al Avila said. "It just didn't work out for us. At this stage of the season, where we're at, it's obviously best to go with the young guys and keep on playing them."

We hardly got to know Harrison. After eight years with the Pirates, the Tigers signed him late in spring to a one-year, $2 million contract. And the two-time All-Star never found his footing in Detroit.

He ended up playing just 36 games for the Tigers and none since May 27, when he went on the injured list with a hamstring injury that ultimately required surgery. He hit just .176 with the Tigers, with an OPS of .484.

"He's in good spirits," said Tigers shortstop Jordy Mercer, who grew up with Harrison in the Pirates system, the two being the double-play duo there for four years. "He knows the situation. He's been around the league a long time.

"He's healthy and he feels good. He's going to go home (to Cincinnati) and continue to work out and wait for a call."

Harrison just completed a 10-game rehab assignment at Toledo, where he got seven hits in 34 at-bats.

"He's worked extremely hard to get back," Avila said. "He's healthy and he's been playing at Toledo. Maybe this gives him an opportunity for a team out there to pick him up and give him a chance."

Manager Ron Gardenhire had already been fielding questions about how he might use Harrison once he got back, especially since Harold Castro and Niko Goodrum have been a productive tandem at that spot and the Tigers are using the final two months as almost open auditions for the 2020 roster.

“That’s when the manager becomes very unpopular with the veteran player,” he said before one of the games in Texas over the weekend. “But I’ve had to do it before. You just talk your way through it. I’ll never sit anybody forever.

“But this is the way it’s going to be. The veterans are the smart ones of the group. They get it. They’ve seen it. When it comes to September and you’re not in a pennant race, they are going to see it and probably understand it – but it’s not fun for them.” 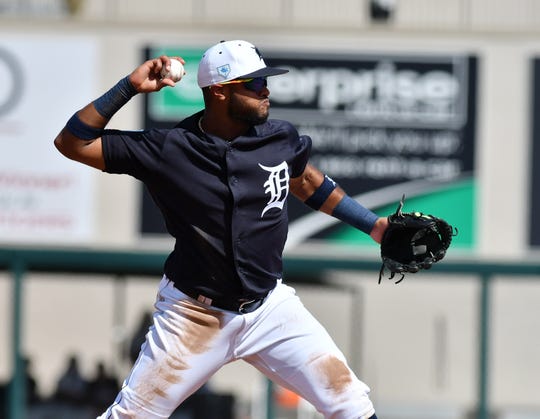 By releasing Harrison, the Tigers have taken that burden off of Gardenhire. But he may still face a similar issue with Mercer, also on a one-year deal ($5 million), if the Tigers call up prospect Willi Castro in September.

"We've discussed bringing Castro up here before the end of the season," Avila said. "We will bring him up at some point. We haven't decided on an exact date."

This could impact veteran utility man Gordon Beckham, too. His limited playing time has already been cut into.

“If you’ve been in baseball long enough, you understand how it works,” Gardenhire said. “As long as I explain it and they know what page we’re on and what we’re doing, then it works. Are they happy? No. They want to play, that’s how they get a job for next year.

“But they also understood where we were at when they signed here. They knew we were in a rebuild and they were going to fill holes.”

Baez, 25, made nine appearances with the Tigers last season and one this year. He’s battled injuries and his stock fell quickly. He’s pitched in just 22 games this year, mostly at Toledo, and allowed 22 runs in 27.1 innings, with a WHIP of 1.9.

Taking Baez off the 40-man roster cleared space for veteran pitcher Edwin Jackson, who was scheduled to make his first start in a Tigers uniform since 2009 Friday.

LHP Mike Montgomery (1-5, 6.02), Royals: He’s back for his second stint with the Royals, who acquired him from the Cubs for catcher Martin Maldonado. His season has been marred by shoulder issues. He’s been hit hard in four starts with KC – opponents hitting .357 and slugging .600 in 16.1 innings.

RHP Spencer Turnbull (3-9, 3.72), Tigers: Still trying to find his bearings after a stint on the injured list over the All-Star break and just one brief rehab start. He was on a 70-pitch limit on Monday and he ended up throwing 76 in a laborious three innings.