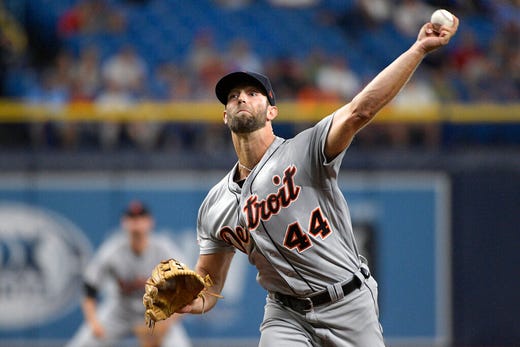 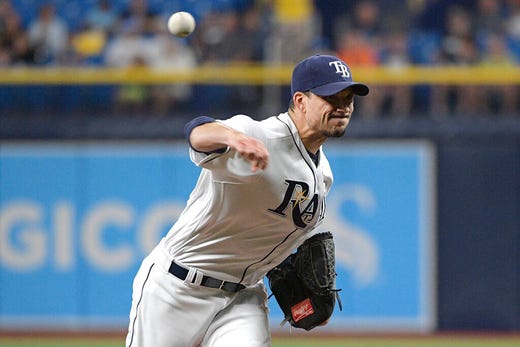 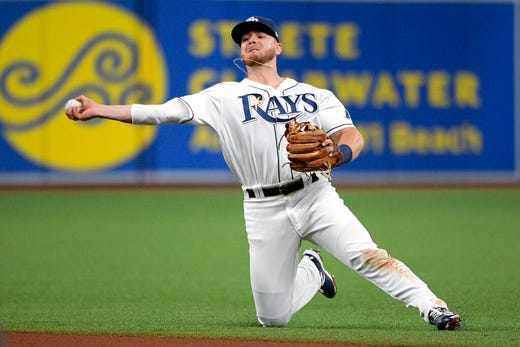 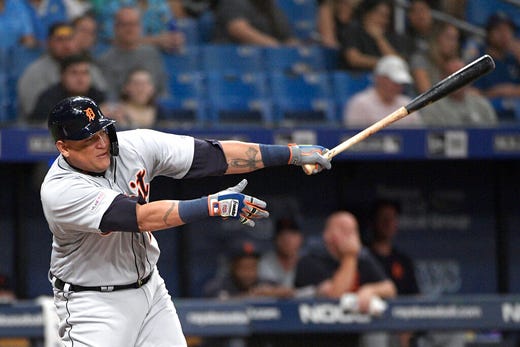 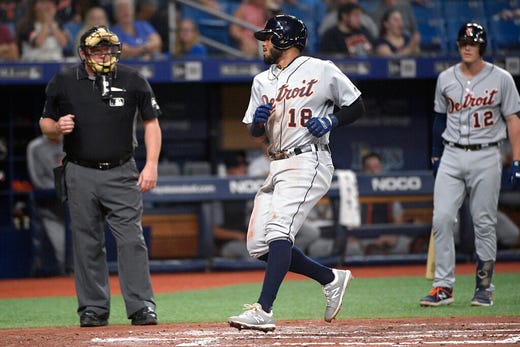 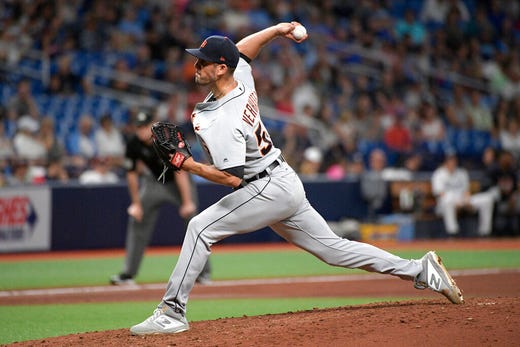 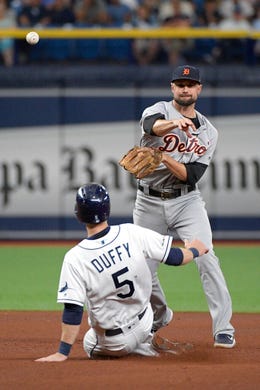 Detroit Tigers shortstop Jordy Mercer, top, throws to first base to get the double play against Tampa Bay Rays' Eric Sogard after getting the force on Matt Duffy (5) at second base during the fourth inning. Phelan M. Ebenhack, AP
Fullscreen 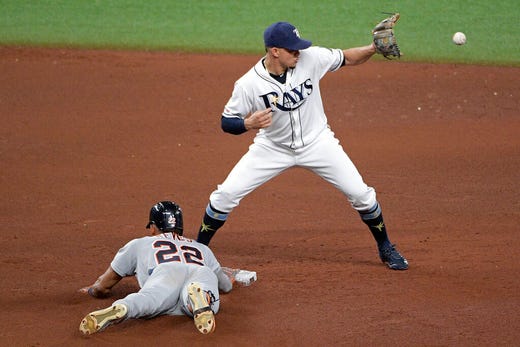 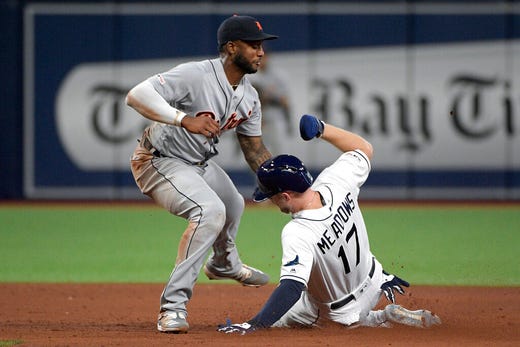 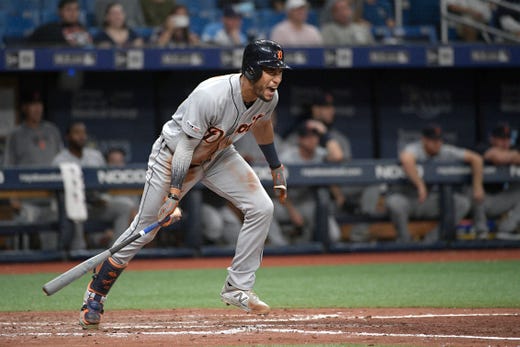 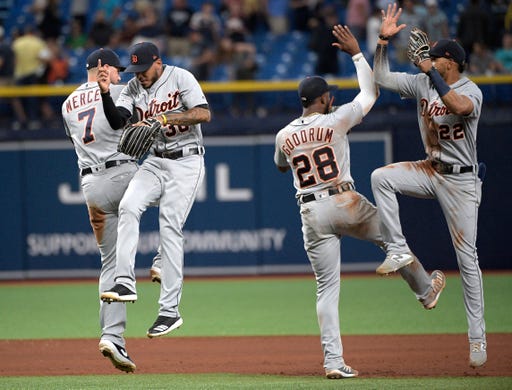 Daniel Norris, Drew VerHagen and Joe Jimenez combined on a five-hitter to outpitch Charlie Morton, and the Detroit Tigers beat the Rays 2-0 on Friday night.

“We didn’t hit,” Rays manager Kevin Cash said. “You’re not going to win if you don’t score and we didn’t score.”

Norris went the first three innings, VerHagen pitched five and Jimenez earned his third save by striking out Eric Sogard with two men on base to end the game.

VerHagen (3-2) came into the game with an 8.03 ERA. He gave up only three hits and two of them were erased by double plays.

“I felt like my stuff got better as the night went on,” he said. “I was just throwing strikes and challenging those guys. I can’t say enough about our defense.”

The Rays, in current possession of the American League’s second wild-card spot, opened a six-game homestand after returning from a 5-1 road trip with a major league-best 40-23 record away from home. They are 31-29 at home.

Only three runners reached second base for the Rays, who have lost 10 of their last 17 at Tropicana Field.

“It’s one of those things that happen in a 162-game season,” said catcher Travis d’Arnaud, who had one of the Rays’ hits. “It’s happened to other teams as well. It’s something we’ve got to get through and focus on winning tomorrow.”

Dawel Lugo scored the Tigers’ first run on a passed ball after a double by Niko Goodrum off Morton in the fourth.

Doubles by Travis Demeritte and Jordy Mercer off reliever Pete Fairbanks made it 2-0 in the eighth.

Morton gave up one unearned run on three hits in seven innings. It was the 19th time in 26 starts he has given up two runs or less, and in his last three starts he has 29 strikeouts and no walks.

But Morton (13-5) blamed himself for crossing up d’Arnaud with a fastball that hit d’Arnaud in the wrist and got away for the first run.

“That cross-up, that can’t happen,” said Morton, who misread the sign. “I threw him a pitch that he didn’t call for. That not only cost us a run, it puts him at risk. Those things happen, but usually not with a runner on third and a run that’s crucial to the game.”

This time it did.

“(Morton) had to be perfect, and he was as close to perfect as you can get,” Cash said.

Norris gave up one hit and two walks, striking out three.

“We had some big performances on the mound,” said Tigers manager Ron Gardenhire. “Our starter threw really well. VerHagen was unbelievable against a really good team and (Jimenez) had his moment, and it was a big moment.”