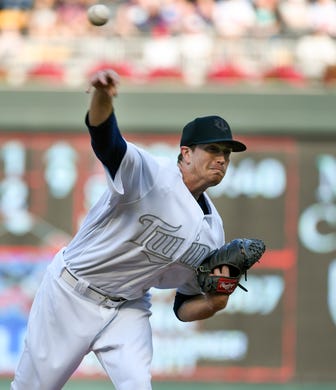 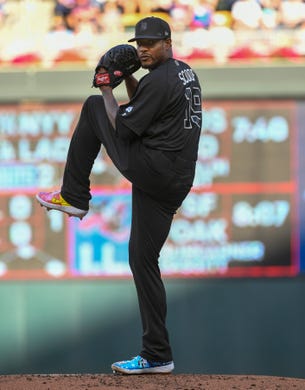 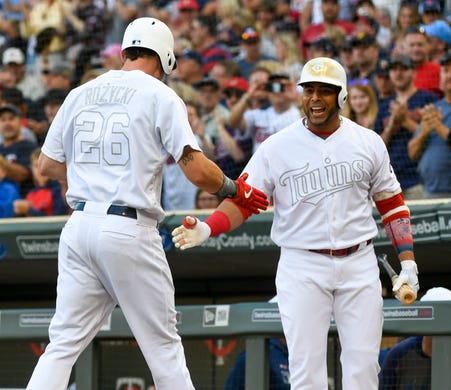 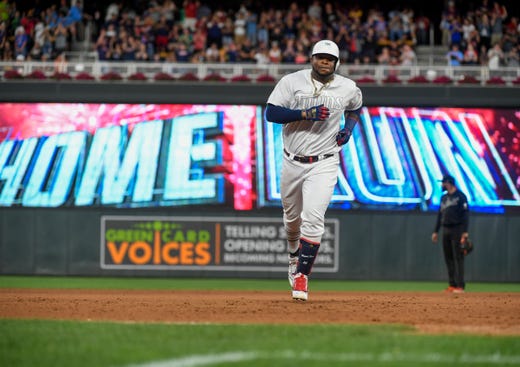 Detroit Tigers pitcher Edwin Jackson leaves the baseball game after having given up five runs during the fifth inning. Craig Lassig, AP
Fullscreen 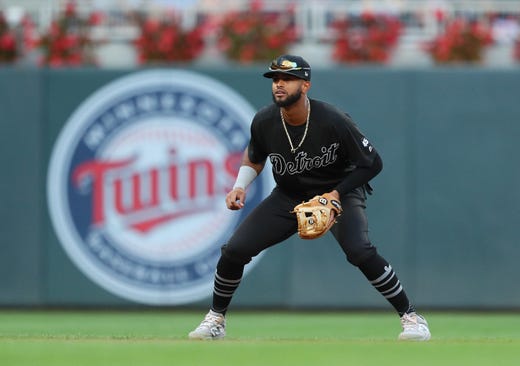 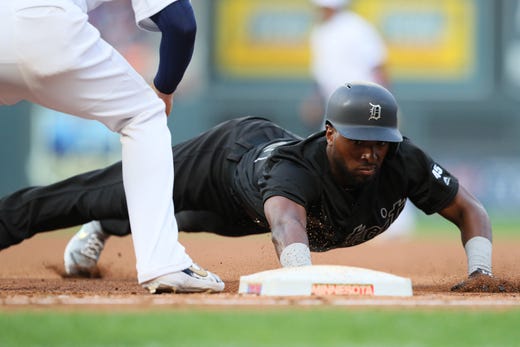 Travis Demeritte of the Detroit Tigers dives back to first base in the fourth inning. Adam Bettcher, Tribune News Service
Fullscreen 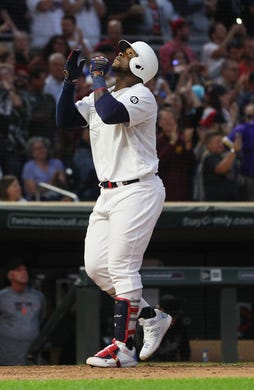 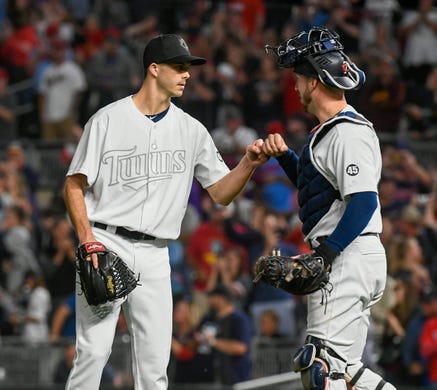 Minneapolis — Jordy Mercer knew a couple of weeks ago this day was coming. He knew, sooner than later,  that for a second straight season a young shortstop prospect was going to come up late in the season and take away his playing time.

And yet, when 22-year-old Willi Castro walked into the Tigers' clubhouse Saturday afternoon, Mercer was one of the first to greet him with a big bear hug.

It wasn't supposed to happen until the rosters expanded in September. But when Niko Goodrum went on the injured list with a strained groin Friday night, the Tigers made the move to start the clock on Castro, the No. 11-ranked prospect in the system according to MLB Pipeline.

"We talked about this a couple of weeks ago but the ramifications of bringing him up then were we'd have to release somebody," manager Ron Gardenhire said. "That would be silly to do that, releasing people who've been here and done well for us and been good in the clubhouse."

Mercer or Gordon Beckham would've been on the chopping block in that scenario.

"We didn't want to do that when we could just wait another week (until Sept. 1)," Gardenhire said. "But then with Niko going down, it made it easier just to put him on the injured list and bring the kid up."

"It was something I've been dreaming about," Castro said. "Just like every other baseball player, I've been waiting for this moment."

Castro is the ninth player to make his Major League debut with the Tigers this season. Like most of the others, he got the good news from Toledo manager Doug Mientkiewicz.

"I came out of the bathroom and they told me to sit down." Castro said. "I said, 'Why, what's wrong?' They said it's OK, the manager just wants to talk to you. When he told me I got called up, it was something very emotional.

The first call went to his father, Liliano, who was signed by the Tigers out of the Dominican Republic and advanced as far as High-A before becoming a coach in the Tigers organization.

"He was sleeping and I woke him up," Castro said. "He was really happy about it. He said, 'You just have to keep doing the same things up there that you have been doing.'"

Castro was blocked in the Indians organization, where Francisco Lindor and Jose Ramirez are young foundation pieces. He knew when he was traded to the Tigers, it offered him his first real opportunity to reach the big leagues.

"It wasn't really hard," he said of being blocked. "I came out and focused on baseball  and tried to make myself better. That wasn't something I kept in my mind too much. Just stay focused and be a better player every day."

He is still a work in progress defensively. He made 22 errors in 111 games at shortstop, a lot of them came early in the season and were throwing errors. Tigers special assistant Alan Trammell spent a lot of time with him and he’s made steady improvement.

"He's been better defensively lately," Gardenhire said. "But he can still be erratic throwing the ball. But we're just going to put him out there and see and kind of make up our own minds about him.

"Like every other player that comes up here, he's not going to be perfect. We will see it for ourselves and then work with him."

As they did with catcher Jake Rogers, the Tigers threw Castro right into the fire. They need to determine whether he can be ready to be the regular shortstop in 2020. Goodrum also played well enough at shortstop this season to be in that conversation.

For Mercer, though, it is déjà vu. Last season in Pittsburgh, he was moved to a reserve role late in the season so the Pirates could evaluate young shortstop Kevin Newman.

"I knew it was coming," he said. "We talked about it for a few weeks and we've been putting a plan together. I am going to start bouncing around a little bit, playing other positions (third, second and first base).

Mercer, who signed a one-year, $5.25 million contract with the Tigers, was asked if he thought about asking for his release.

Mercer is still battling the quad injury that’s limited him to 53 games this season. If he'd stayed healthy, he may have been able to latch on with a contender for the final month of the season.

"Ifs, ands and buts," he said. "It's over and you can't think about that anymore. Do I wish it was different, of course I do. But I knew the situation I was coming into. I knew this was a rebuilding team and they needed some veteran leadership guys.

"There was always a chance they'd have some young guys come up. I get it."

The Tigers Saturday also took catcher Grayson Greiner off the 60-day injured list (back) and optioned him to Toledo.