Edwin Jackson has been hit hard in his last six starts, giving up 31 earned runs in 24.1 innings. 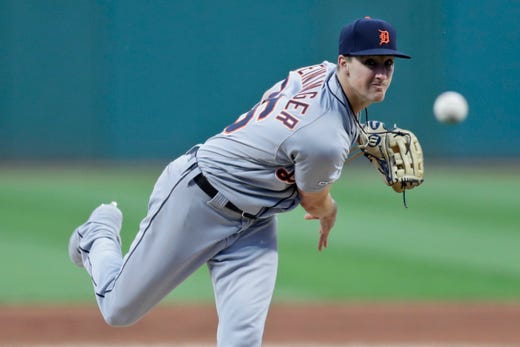 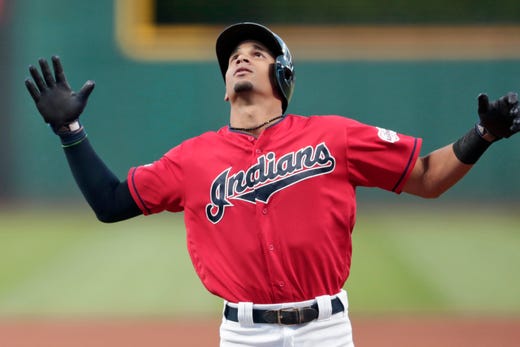 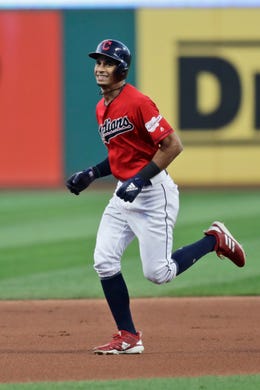 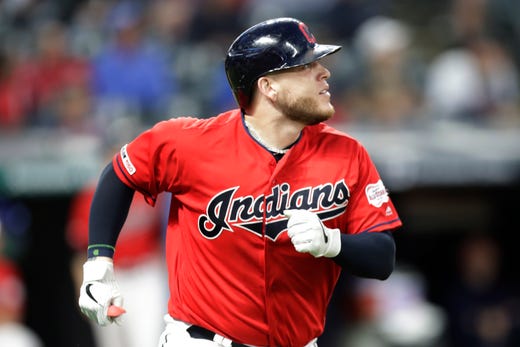 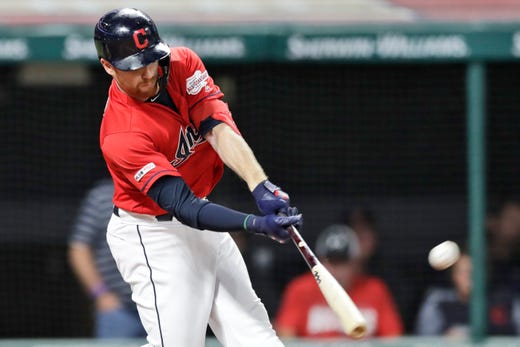 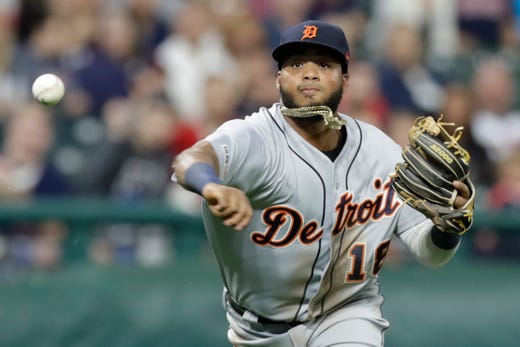 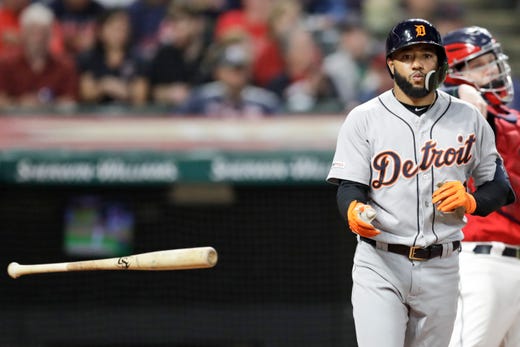 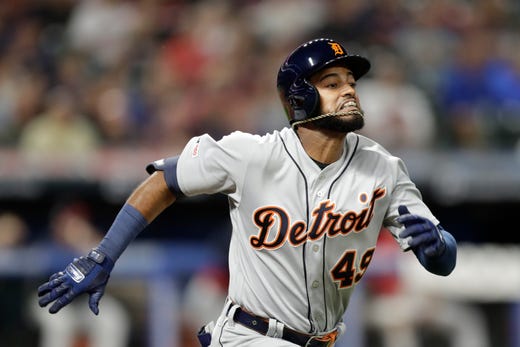 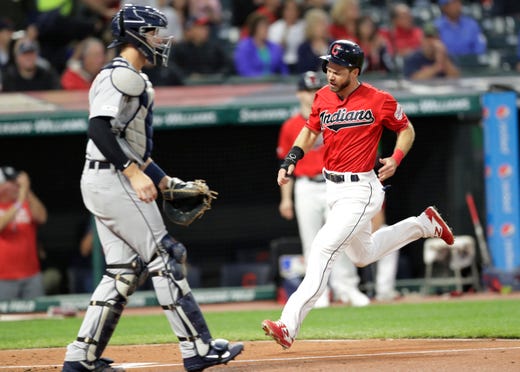 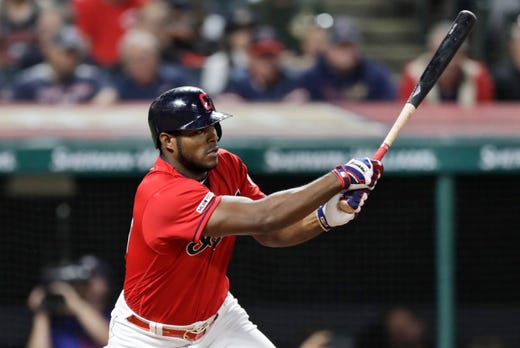 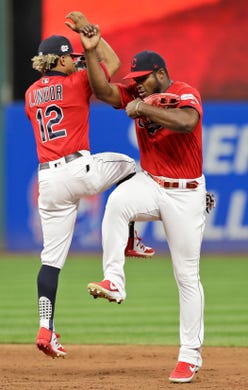 Cleveland — Edwin Jackson looked up from his phone and saw a couple reporters moving in his direction. He already knew what was coming.

“Question of the day, huh,” he said, laughing.

Jackson earlier Tuesday was informed by pitching coach Rick Anderson that he was moving to the bullpen. The Tigers are going to keep rookie Tyler Alexander in the rotation for the rest of the season.

So, yes, Jackson’s reaction to the news was going to be topical.

And his response should’ve been taped and used to show younger players what professionalism looks and sounds like. In fact, young Tigers pitchers Drew VerHagen, Daniel Norris and Spencer Turnbull were seated nearby and watched how Jackson handled the situation.

“If you don’t like it, pitch better,” Jackson said. “Simple as that. Am I mad, no. Would I like to start, yes. But if you don’t get the job done, I’ve been around long enough to know — especially on a team like this where a lot of people are getting a chance to show what they can do — if they go out and pitch well and they deserve to have a start, then why not?”

That’s pretty much the situation in a nutshell.

Alexander, 25, earned his first big-league win Monday, shutting down the Orioles on a run and four hits over six innings. Over his last four outings, three in relief, he’s allowed just four runs in 17 innings, with a 0.65 WHIP and an opponent batting average of just .164.

“Tyler’s earned this,” manager Ron Gardenhire said. “We need to see Tyler pitch and Jack understands. That’s why he stays around. He gets it. He’ll do whatever you need.”

After two strong starts after the Tigers called him up from Triple-A Toledo, the 36-year-old Jackson has been hit hard. He’s lost five of his last six starts, giving up 31 earned runs and 43 hits in 24⅓ innings. Opponents hit .377 with a 1.088 OPS off him in that stretch.

“I’ve been on the other side of it,” Jackson said. “I’m not going to be bitter. My mind-frame isn’t going to change. It’s not somewhere I haven’t been before. I’m going to continue to pitch. I’ve never been a selfish person.

“But at the end of the day, if you don’t like it, pitch better and put yourself in a position where changes can’t be made. I’ll be ready for whatever role they need me for. It’s not the end of the world. I’m not going to walk around here with my head hanging down.”

Over his career, Jackson has made 92 appearances in relief, including three games (8⅔ innings) out of the Blue Jays' bullpen earlier this season.

“At the end of the day, I’m blessed,” Jackson said. “I’ve been around this game for 17 seasons. Not many things can happen to me that haven’t already happened except that I retire. Anything else that can be thrown my way, I’ve dealt with it before.”

Gardenhire said Matthew Boyd, who left the team Monday to tend to a family issue back in Seattle, is penciled in to make his next start Sunday against the White Sox.

Jordan Zimmermann, who last pitched against the Orioles on Friday, will have next start pushed back two days. He’s tentatively scheduled to pitch Friday against the White Sox.

So the possible rotation for the White Sox series is Zimmermann, Alexander and Boyd. It will be the next to last start of the season for all three.

Right-hander Victor Alcantara was in the Dominican Republic, thinking his season had ended after he wasn’t among the players the Tigers called up from Toledo at the end of the Triple-A season.

With Daniel Stumpf going on the 60-day injured list with elbow inflammation, Alcantara was summoned Monday night. He hadn’t pitched in a game since Sept. 2, but Gardenhire said he would be available Tuesday if needed.

It's been a rough season for Alcantara. He allowed 23 earned runs in 39 innings with the Tigers and didn’t fare much better at Toledo (12 runs in 18⅓ innings). He battled a thumb injury the second half of the season, as well.

Jeimer Candelario, who was hit with a pitch on his right triceps in the eighth inning Monday, was held out of the lineup Tuesday. “I had him in the lineup but the trainer (Doug Teter) came in and said he didn’t know about Candy. So we called him and he said he was really sore. So, he’s out.”

…Gardenhire said right-hander Bryan Garcia, who is coming back after Tommy John surgery in 2018, is down to his final three appearances of the season.

…The Indians before the game announced that Jason Kipnis would be lost for the rest of the season with a fractured hamate bone in his right wrist. Also, designated hitter Franmil Reyes was scratched from the lineup. He left the team to tend to a family issue.

RHP Spencer Turnbull (3-15, 4.77), Tigers: Even though he pitched markedly better his last time out, he still lost his MLB-leading 15th game, has lost 11 straight decisions and the Tigers are 1-14 in his last 15 starts going back to May 31. The Indians have already beaten him five times and are hitting .363 and slugging .569 against him.

RHP Aaron Civale (3-3, 1.93), Indians: This will be his ninth start for the Indians, and the third against the Tigers. He’s beaten them twice, once in June and again Aug. 28, allowing two runs, eight hits, with 11 strikeouts in 13 combined innings. At Comerica Park in August he threw mostly sinkers (92-93 mph) and cutters, getting seven swings and misses and 13 called strikes with those two pitches.