Neither sellers nor buyers, Tigers could still make waves at Winter Meetings

The Tigers first priority, as the Winter Meetings commence Monday in San Diego, is to get a catcher

Neither sellers nor buyers, Tigers could still make waves at Winter Meetings

Bob Wojnowski and Chris McCosky review the Tigers' 114-loss season and project the starting lineup for the 2020 season. The Detroit News

Detroit – The Tigers are in an odd spot going into the Winter Meetings, which run Monday through Thursday in San Diego. 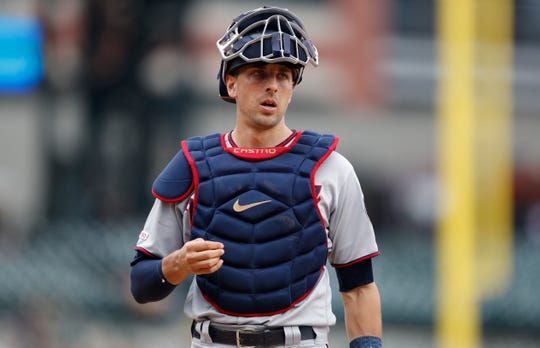 Who would general manager Al Avila even be peddling next week? The only players that may possibly have a market right now are pitchers Matthew Boyd, Joe Jimenez and Buck Farmer – but in all three cases, their value is less now than it could be at the trade deadline.

He’s had to essentially give away players like Ian Kinsler and Justin Upton in the past. There isn’t the same urgency to move Boyd, Jimenez or Farmer, unless he got the deal he was looking for. Avila has held firm on his asking price for Boyd, which is a big-league ready player and at least one other top prospect.

Boyd projects to get as much as $6.4 million (per MLBTradeRumors.com) in arbitration, and there has been conversation within the organization about negotiating a multi-year extension to take Boyd through 2022 and his three remaining arbitration years.

While the Tigers will be bringing a long list of needs to San Diego, their shopping will be restricted to the bargain racks. Last season they spent $15.5 million on free agents and they aren’t expected to spend much more this winter.

Thus, they will most likely be doing more shopping than buying, waiting to see what players get passed over by contending teams and how much their price tags are slashed. Last year, they jumped early and signed shortstop Jordy Mercer and starting pitchers Tyson Ross and Matt Moore.

In retrospect, in their haste, they probably overpaid for both Mercer ($5.25 million) and Ross ($5.75 million). Better, or at least comparable, players became available for less. Expect Avila, with another flooded market – 56 non-tendered players joined an already deep crop of free agents earlier this week -- to exercise more patience this winter.

That’s not to say there won’t be news coming out of the Tigers’ camp next week. Here’s some of the talking points:

This is likely priority one. One of the things learned last September was that Jake Rogers, the club’s top catching prospect, isn’t ready. He needs at least another half-season at Triple-A Toledo. Presently, Grayson Greiner is the only other catcher on the 40-man roster.

If the Tigers are going to do a deal this week, it’s likely at this position. Spending on catchers has been robust, with Yasmani Grandal (White Sox), James McCann (White Sox), Travis d’Arnaud (Braves) and Stephen Vogt (Diamondbacks) among those already signed.

Two catchers the Tigers have been most linked to are Jason Castro (Twins) and old friend Alex Avila, who spent the last two seasons with Arizona. But there are many others, including Austin Romine, Kevin Plawecki, Kevan Smith and Francisco Cervelli. 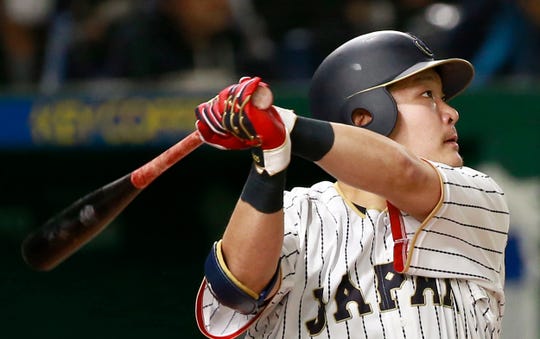 The Tigers were at or near the bottom in just about every offensive statistic last season and both Avila and manager Ron Gardenhire have clearly stated a desire to add at least one experienced hitter to the lineup.

The names they've been most linked to are first baseman-designated hitter types – Justin Smoak, C.J. Cron and Eric Thames. Others on the market who fit the bill include Neil Walker, Mitch Moreland and Yonder Alonso.

The Tigers, though, could go outside the box here. They are among several teams vetting Japanese slugger Yoshitomo Tsutsugo. The 28-year-old has averaged 34 home runs and 93 RBIs over the last four seasons for Yokohama.

He projects to be an average at best defender in the outfield and could end up playing first base in the Major Leagues. But his bat and his competitive make-up are intriguing.

This would be a more expensive signing, but it would also be more than just a stop-gap move.

As of this moment, the Tigers’ double-play duo for 2020 is shortstop Niko Goodrum and second baseman Harold Castro. The backups are Willi Castro and Ronny Rodriguez. What if the Tigers could get an inexpensive upgrade at either or both positions?

The wave on non-tendered players last week included two every day second basemen – Cesar Hernandez, formerly of the Phillies, and Yolmer Sanchez, formerly of the White Sox. Also available, though perhaps at a steeper cost, are middle infielders Wilmer Flores and Starlin Castro.

Worth some discussion, no? 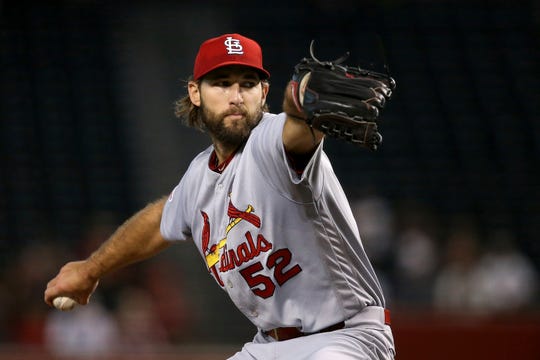 4. Can never have enough starting pitching

The Tigers are likely to go into spring training with a rotation that will look something like this: Boyd, Jordan Zimmermann, Spencer Turnbull, Daniel Norris and Tyler Alexander. Dario Agrazal, a right-hander claimed from the Pirates, will also be in the hunt.

Michael Fulmer should return from Tommy John surgery sometime in August and the Tigers are hoping that young arms Anthony Castro, Beau Burrows and Kyle Funkhouser can develop and be part of the organization’s depth.

The big four – prospects Matt Manning, Casey Mize, Tarik Skubal and Alex Faedo – are expected to spend most of the season at Triple-A Toledo.

So, yes, Avila will likely be shopping for another veteran starting pitcher, as he has the last few years with Mike Fiers, Francisco Liriano, Ross and Moore.

The candidate list is massive. As of Thursday morning, there were 46 free-agent starting pitchers on the market. The Tigers, no doubt, have prepared reports on dozens of them. Among them are two bounce-back candidates – 28-year-old Michael Wacha (formerly of the Cardinals) and 27-year-old Aaron Sanchez (formerly of the Astros).

Wacha, after missing a large chunk of 2018 with an oblique injury, never found his form last season. He gave up a career-high 26 home runs and had an ERA just under 5.00 and ended up losing his spot in the rotation.

But this is a former All-Star with a solid post-season resume.

Sanchez is coming off shoulder surgery and isn’t expected to be ready to start the season. Which is why the Tigers might be able to get him at an affordable price.

Another pitcher the Tigers have been linked to is 32-year-old right-hander Josh Lindblom. After a nondescript five seasons in the big leagues, he went to Korea and dominated. The last two seasons, he posted a 35-7 record and a sub-3.00 ERA.

For the second time in three years, the Tigers will have the first pick of the Rule 5 draft on Thursday morning. It netted them Victor Reyes in 2018.

Here are some of the higher-profile players who will be available to the Tigers.

►RHP Jordan Sheffield: The Dodgers used a supplemental first-round pick in 2016 to take Sheffield out of Vanderbilt. Command issues have slowed his ascent and led to the Dodgers leaving him unprotected. But he still throws a mid-90s fastball, with an above-average curveball and is coming off his most promising season now working out of the bullpen.

►RHP Sterling Sharp: He was the 13th ranked prospect in the Nationals’ system last year but he lost three months to an oblique strain. He pitched well down the stretch and in the Arizona Fall League. He’s an athletic pitcher, who gets a lot of ground balls and weak contact, who can start or pitch long relief.

►INF Leonardo Rivas: The speedy Angels prospect is an above average defender at second base and shortstop, who added outfield to his resume last year. His offensive numbers aren’t great, .252 average, .362 slugging, but he gets on base (.380).

►RHP Eduard Bazardo: Venezuelan-born reliever has a velocity range on his fastball from 91-96 mph and a fast-improving curveball. He averaged nearly 10 strikeouts per nine innings for the Red Sox Double-A team last year, with a 2.78 ERA.

The Tigers could also lose a prospect to the Rule 5 draft, either on the big-league side or the minor-league Rule 5 draft. Pitcher Elvin Rodriguez and outfielders Jake Robson, Cam Gibson and Jose Azocar were among the prospects left unprotected.