If baseball comes back with expanded rosters, what will Tigers look like?

If baseball comes back with expanded rosters, what will Tigers look like?

But if and when the coronavirus loosens its evil grip on our lives and baseball returns, teams are expected to be afford a few extra roster spots for at least the first month. It wasn’t formally written into the agreement between Major League Baseball and the players’ association last week, but it is expected that teams will be able to start the season with as many as 30 players, instead of 26. 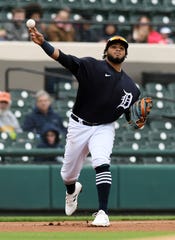 Which makes sense. If they are going to schedule a doubleheader a week and take away off days to cram in as many games as possible, then teams will need extra manpower.

Well, upon a cursory glance, it could mean an easy, albeit temporary, solution to the few roster battles that remained before the season was interrupted. The Tigers could, for example, keep three catchers — something manager Ron Gardenhire has always longed for. They could keep both third basemen Jeimer Candelario and Dawel Lugo, and not risk losing one to the waiver wire.

More: Get to know Tigers beat writer Chris McCosky: From Bo to Gardy, he's covered — and seen — it all

Or maybe that’s too simplistic. Let’s look at this a little closer. We don’t know the exact number of extra players or how long teams will be able to carry them, but for our purposes here, let’s set a 30-man roster for the first 30 days of the season.

The Tigers opening day roster could look like this:

Outlook: The expanded rosters won’t impact the actual rotation, though the Tigers may keep a sixth or seventh starter in the bullpen to be available for the doubleheaders.

Outlook: Alexander, Santiago and Agrazal are all starting pitchers and can pitch multiple innings out of the bullpen or make spot starts in doubleheaders. We are going on the assumption that with the expanded rosters, teams won’t be able to call up an extra player for doubleheaders like they’ve done in the past. If teams can call up an extra player, then they wouldn’t need to carry three long relievers. That might open a spot for McKay.

The downside to this scenario is Santiago, Agrazal and Ramirez are non-roster players. The Tigers would have to cut three players off the 40-man roster to keep them for one month. They might not be willing to make that sacrifice.

The expanded rosters probably delay the Tigers making a hard call on Rony Garcia. They would be afforded at least a month trial before deciding whether it’s worth carrying him all season or returning him back to the Yankees, the team they drafted him from. 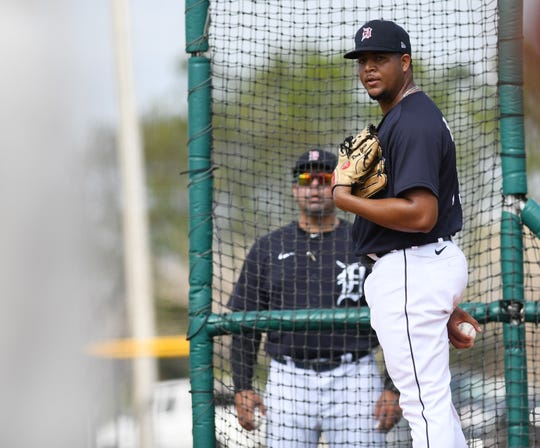 Outlook: In a perfect world, one of the backup catchers would also be able to play a corner infield or corner outfield position. Gardenhire often talks about the security he always felt when he had such a utility player in Chris Herrmann in Minnesota.

But neither Greiner nor Haase play other positions. Still, if the presumed schedule calls for playing more than 30 games in 30 days, a third catcher would be almost mandatory.

On the bubble: Lugo, Brandon Dixon.

Outlook: In this scenario, the Tigers would roll the dice on trying to get Lugo, who is out of minor-league options, through waivers. He doesn’t play any other position (yes, he has played second base, but not well), and Candelario was winning their position battle through six weeks of camp.

Plus, the Tigers are going to need to clear some spots on the 40-man roster — like for Mercer in this position group. 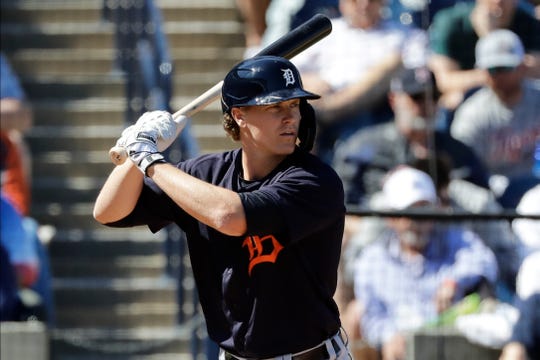 On the bubble: Travis Demeritte.

Outlook: One thing the expanded rosters will do is give Stewart a chance to re-establish himself as the every day left fielder. When the season was halted, Stewart was very much on the bubble and looking more like a candidate to start the season at Triple-A Toledo.

The Tigers probably wouldn’t have to carry a fifth outfielder, which makes Bonifacio’s spot tenuous. Harold Castro is probably the second-best defensive center fielder on the roster. They would also have to clear a 40-man spot for Bonifacio, which may also be problematic, depending on the other non-roster players they decide to keep.

If it went this way, five players would have to be added to the 40-man roster. It is unknown whether the league would expand 40-man rosters for the same amount of time the active rosters were expanded. That would be a huge plus for the Tigers.

If not then, assuming Lugo will lose his roster spot, they will have to clear four spots. Among the players whose spots might be in jeopardy include pitchers Beau Burrows and Kyle Funkhouser, infielder Sergio Alcantara and outfielders Demeritte, Derek Hill and Troy Stokes, Jr.

It’s not an easy call when you are talking about risking losing young players for players who may only be up for 30 days.