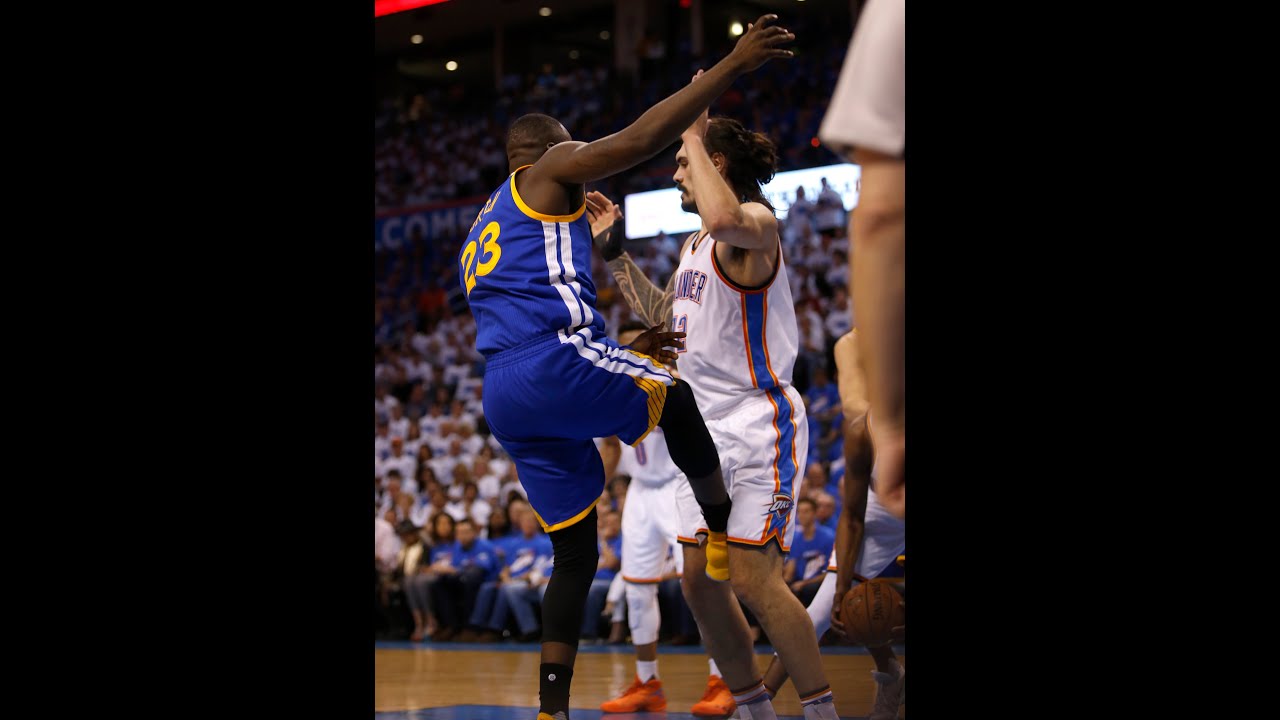 Oklahoma City -- The NBA will review all angles of the flagrant foul committed by the Draymond Green Sunday night and make a ruling on the Warriors forward's status before Game 4 of the Western Conference finals.

The league could decide to suspend and/or fine Green. It maintains the right to do so despite Green not having exceeded three flagrant foul points in the playoffs to earn an automatic one-game suspension.

"I was following through on the shot, and my leg went up," Green explained. "So no, I don't think I'll be suspended since I don't know how anyone could possibly say I did that on purpose regardless of the way it may look."

The Thunder noted Green kneed Adams in the groin area in Game 2, though no foul was called on that play.

"That's two times in the last two games," Thunder guard Russell Westbrook said. "I don't think you can keep kicking somebody in their private areas. But he probably said he didn't do it on purpose, but I think the way I look at it, it looks intentional to me."

Said Thunder coach Billy Donovan: "I'm sure they look at probably precedent or things that have happened in the past, and they go through it."

The league had retroactively assessed Green a flagrant foul 1 for a takedown of the Houston Rockets' Michael Beasley.

NBA senior vice president of replay and referee operations Joe Borgia said Green made dead-ball contact in kicking Adams and that it was deemed by officials to be unnecessary.

"I don't understand how that can be deemed a Flagrant 1. I think it should be rescinded."