Beard: In Cavs-Warriors 3, will fans get just desserts?

This is what everyone wanted, right?

Beard: In Cavs-Warriors 3, will fans get just desserts? 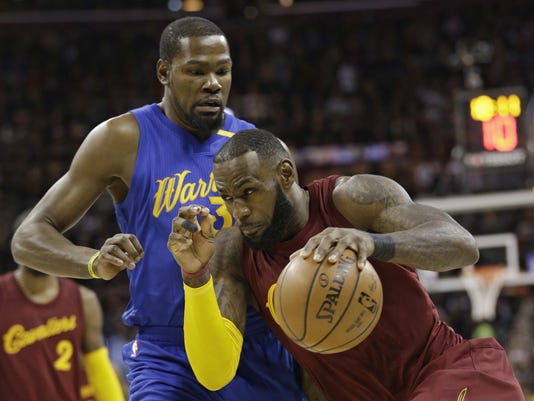 This is what everyone wanted, right?

It’s a third straight year of seeing a Cleveland-Golden State duel in the NBA Finals — and it’s finally here, the prized cheesecake dessert to an otherwise-bland, chopped-liver-and-Brussels-sprouts basketball postseason entree.

This is what was foreshadowed just after Kyrie Irving hit his go-ahead 3-pointer in the final minute of Game 7 last season. This is what was destined since Kevin Durant decided that if he couldn’t beat the Warriors, it would be best to join them, in search of his first championship.

Expectations are high for this third installment — maybe even as high as Ali-Frazier III or “Return of the Jedi” — especially after the Cavs stormed through the Eastern Conference, and the Warriors became the first team to win all 12 games in the West to cruise to the Finals.

Whether it’s a reassurance that any contending team will need at least one superstar or the fact that there are only a handful of teams who are serious title contenders, there are plenty of reasons to like and dislike another Finals with the Cavaliers and Warriors.

Here are four things to like (swishes) and four to dislike (bricks) about the NBA Finals, which begin Thursday:

■ 1. KD’s choice: After Durant and Russell Westbrook took the Warriors to the brink in the conference semifinals last season, there looked to be another serious challenger in the Western Conference. But when Durant joined forces with Stephen Curry, Klay Thompson and Draymond Green, all signs pointed to another Finals rematch. If Durant achieves his goal, it’ll send the message yet again that building a champion from scratch is as ancient as Jurassic Park.

■ 2. What about us? If there’s a reason to root for Cleveland, it’s the notion that a “Big Three” can beat a “Big Four” and give life to the NBA’s other 24 teams of being able to vie for a championship without resorting to tanking to try to get star players. Soon, there will be as many teams tanking for a top-five pick as there are true contenders for the title in the David-versus-Goliath league.

■ 3. LeBron, The Greatest? After seven straight trips to the Finals, LeBron James gets constant comparisons to Michael Jordan and Kobe Bryant. It’s an amazing accomplishment, but does this have to come every year? Why can’t James be very, very good — and that be good enough? The Warriors' Big Four has made James into a sympathetic figure.

■ 4. A-B-C, 1-2-3: The Finals promos already have been in full swing for more than a week. It’s gotten to the annoying stage just as quickly. It’s everything about greatness and a legacy for all the luminaries. It was much the same last season for the Warriors, who had 73 regular-season wins and were looking to be the greatest team of all time. Then the Cavs happened. 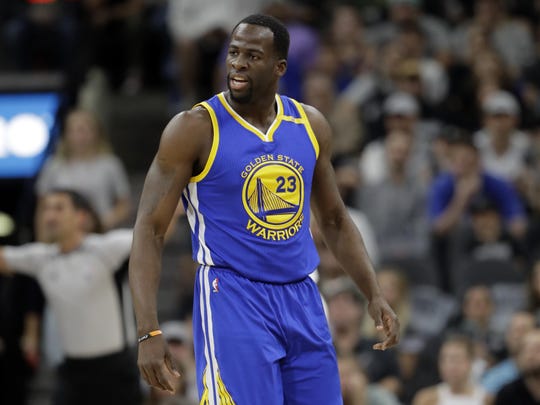 ■ 1. Just watch LeBron: Although the Cavaliers are known for their Big Three, it’s really just James and a supporting cast. Every year, James manages to elevate his game to take challenge for the title against seemingly tougher opponents. That’s led to the breakthrough from Irving in last year’s Finals, plus a title for his home state of Ohio, as he promised.

■ 2. An end to the blah: Through the first three rounds, the playoffs have been horrifically bad in both conferences. The Wizards-Celtics series turned out to be the most compelling and even the NBA draft lottery was getting more attention than any of the postseason series. There hasn’t been a breakout star in any of the playoffs, leaning more to another Finals showdown.

■ 3. Good offense — and defense: The Warriors were ranked at the top in both categories and the Cavs are playing their best basketball of the season. While there have been blowouts littering almost every series, the Finals looks to be balanced and will present some close games that bear watching more than just the first quarter before changing the channel.

■ 4. Just for kicks: Was Green’s suspension because of a technical foul for a kick to James’ groin last year the reason the Cavs were able to prevail? We’ll finally get to find out whether the Warriors are a dynasty with staying power or they were just a flash in a pan. With two titles in three years, they could be revered with some of the NBA’s all-time great teams. With only one title, it’s a different story.

All games on ABC