"It wasn't a sentimental move at all," coach Stan Van Gundy said. "We needed another small forward." 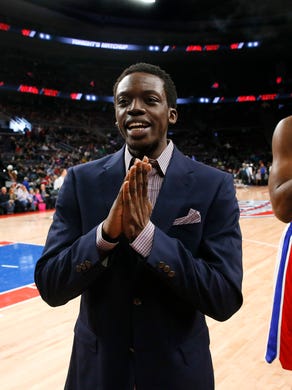 Detroit Pistons' Reggie Jackson walks to the bench against the Chicago Bulls in the first half of an NBA basketball game in Auburn Hills, Mich., Friday, Feb. 20, 2015. Jackson was acquired in a trade with Oklahoma City. Paul Sancya, AP
Fullscreen 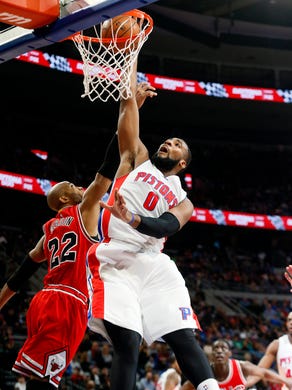 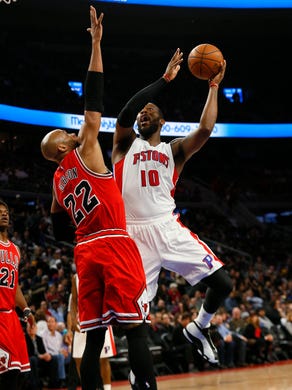 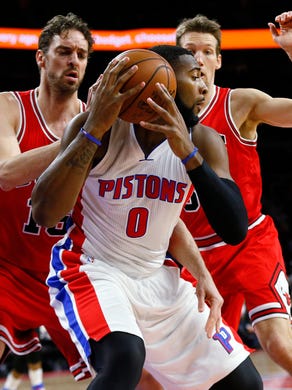 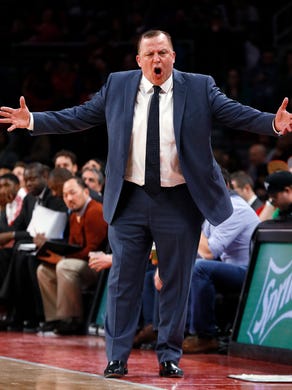 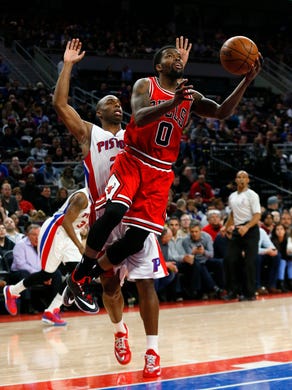 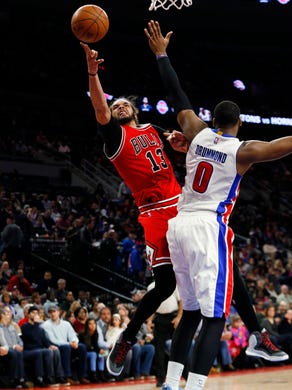 Stan Van Gundy said Cartier Martin and Caron Butler, who has been dealing with back spasms but is now healthy, will rotate at small forward until Tayshaun Prince is available.(Photo: Clarence Tabb Jr. / Detroit News)

Prince played for the Pistons on their 2004 championship team, and after being traded two years ago to Memphis, has returned after a trade-deadline move Thursday with the Boston Celtics. The Pistons also acquired point guard Reggie Jackson from the Oklahoma City Thunder.

"It wasn't a sentimental move at all," Van Gundy said of the Prince trade Friday after the Pistons shoot-around. "We needed another small forward, and I've always had great respect for Tayshaun.

"I went back and read all of our reports. He's been playing very, very well in Boston. That was something I could go and look at and our guys have been watching all those (things) and scouting all those, so we knew where he was in terms of playing. He's one of the guys I lost to in two playoff series. Those guys you keep in the back of your mind always. I have great respect for him, and I think he can help us in a push here down the stretch."

With Kyle Singler moving on to Oklahoma City in the trade, Van Gundy said that opened a spot for Prince, who was drafted by the Pistons in 2002, 23rd overall.

"We're really thin at that position," Van Gundy said. "We go and get another long guy (in Prince), who can play the three spot, who's got experience, and he can step in and help us."

While Jackson is expected to play Sunday, Van Gundy said the turnaround for Prince might be a bit longer. Prince, who turns 35 next week, was on a West Coast trip with the Celtics and was in Sacramento when he learned of the trade. He is returning to Boston to handle a few things and will be here by Sunday and should play Tuesday against the Cavaliers at The Palace.

Van Gundy said Cartier Martin and Caron Butler, who has been dealing with back spasms but is now healthy, will rotate at small forward until Prince is available.

"One will be in, one will be out," Van Gundy said, with a laugh. "Tayshaun will play a great deal. We'll have to see going forward once he's in here. But I think it's a good situation, because if you look at those two guys, they are older guys, veteran guys. Neither one of them is in a situation they should be play 34, 35, 36 minutes a night, so we looked at it like those two can split the minutes and play well (until Prince arrives). I think we'll be OK."

The intention is not to rotate starters at small forward, although that might initially be the case once Prince arrives. But Van Gundy hopes to arrive at a set starter and rotation.

"We'll decide and go from there and let them settle into roles," Van Gundy said. "I think that's a little easier to do."

Butler said he is prepared for a large playing role, but looks forward to adapting to Prince. He mentioned having experienced a similar situation when he split time in Dallas with Shawn Marion.

"It was two vets, so same thing here," Butler said. "I'm looking to shoulder whatever I need to shoulder and do what I need to do, whatever we have to do to win games. I'm pretty sure Tayshaun feels the same way."

Van Gundy said he spoke to Prince about talk of a buyout, which would allow Prince to play for a playoff-caliber team. He reportedly was seeking that opportunity while in Boston.

"I sure did (talk to him), and that's an interesting situation because I think that was his expectation, quite frankly," Van Gundy said. "That's certainly not why we acquired him. We didn't acquire him with any kind of promise from us that we were going to buy him out. We brought him in here to play and play a lot.

"I think yesterday when I talked to him, his head was spinning a little. Things hadn't gone in a direction he expected; for that matter, I don't think things went in the direction Reggie expected. Their reactions were different. Reggie was really, really excited. I think Tayshaun was not unhappy, but he was sort of trying to figure out what the hell happened. I understand that."

Perhaps, Van Gundy, suggested, Prince's lack of initial enthusiasm had something to do with making another move so quickly. He was traded to Boston last month.

"I think something that's underplayed, people look at these guys, they make a lot of money, they're playing a game, and great lifestyle and all of that, but there's the other side of it," Van Gundy said. "Not many of us have stuff in our jobs that happen to them like right away. Like you're in Detroit one day and you have to be in Oklahoma City the next day, and you have to act like nothing happened and get right to your job."