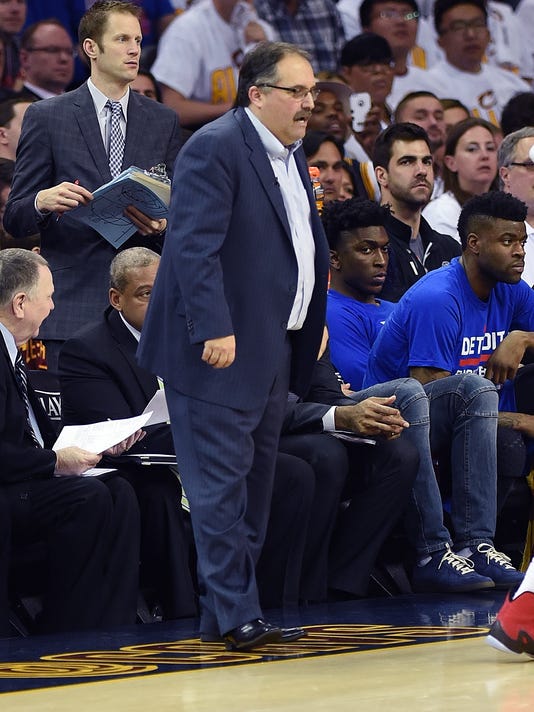 Van Gundy made his comments in a live television interview during the Pistons' 106-101 loss to the Cleveland Cavaliers on April 17 at Quicken Loans Arena.

Van Gundy was interviewed on ABC-TV during the game when he made comments referencing LeBron James and the officiating.