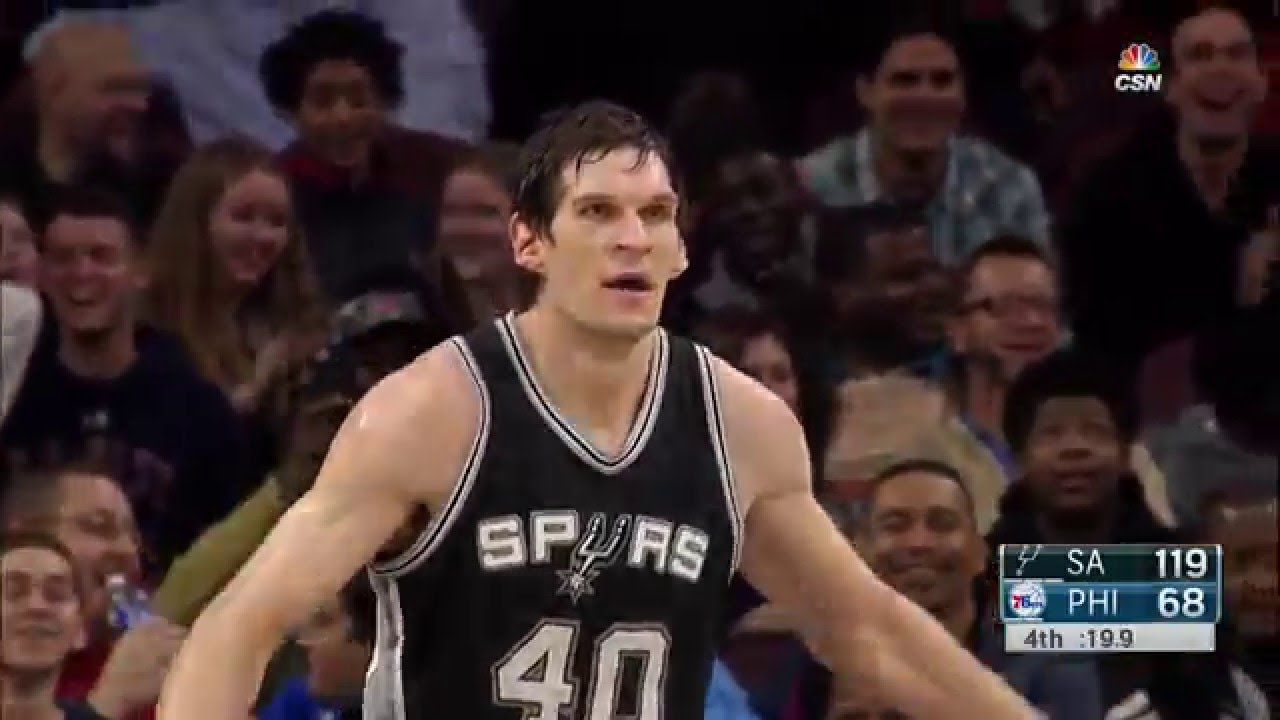 Auburn Hills — Boban Marjanovic is used to the odd questions.

About how big his shoes and hands are.

He answers all the queries with an innocent grace and a smile that belies his 7-foot-3 frame. Sometimes, he’s listed as a half-inch taller.

“At a certain point, it doesn’t matter,” Marjanovic said with a smile Tuesday.

Marjanovic, who wears a size 19 sneaker, is the second-tallest player in Pistons history, behind the 7-5 Chuck Nevitt (1985-88). Marjanovic was backup for LaMarcus A

ldridge last season, averaging 5.5 points and 3.5 rebounds in 54 games with the Spurs.

Being a 7-footer from Serbia, however, immediately brings the comparisons to Darko Milicic.

Marjanovic, however, isn’t Milicic — not even close.

“He’s somebody that we think gives us a totally different dimension with our team,” Pistons coach Stan Van Gundy said. “You look at his efficiency on the offensive end as both a pick-and-roll guy and a low-post player. In the minutes he got in San Antonio, he was one of the absolute best scorers and rebounders in the league.”

That’s high praise for a big man who will be the third center next season and likely transition to become the backup behind Andre Drummond in 2017-18. Reserve Aron Baynes has a player option on the final year of his contract and likely will opt out to pursue a more lucrative deal.

Until then, don’t expect to see Marjanovic in many games. But he’ll give Drummond a tougher time in practice.

“Thank the lord we have you, tired of you dunking on me without jumping,” Drummond posted to Twitter last week. “Welcome to the family fella.”

The Pistons are making an investment in Marjanovic after signing him to an offer sheet for three years, $21 million last week. The Spurs decided not to match it, choosing to move on with Dewayne Dedmon and Pau Gasol.

While he played one season with the Spurs, Marjanovic gleaned enough from playing alongside Tim Duncan and learned about his skills not only on the court, but off the court.

“Everybody knows he’s one of the best power forwards, but also a great man,” Marjanovic said. “With NBA rules, he helps me a lot. Amazing player, amazing guy.”

Marjanovic, who has been playing professionally since 2006, not only has good back-to-the-basket post skills, but also brings a mid-range jumper that makes him an effective screener as well as perimeter shooter.

“He’s got great hands, he’s somebody we can play through in the low post — not only a very good scorer who shoots a high percentage, but an outstanding passer and is able to protect the rim with his size,” Van Gundy said. “He gives us a dimension that we haven’t had and will help us improve greatly.”

More than that, though, Marjanovic had endeared himself to the Spurs fan base.