Jon Leuer (knee bruise) could return for Wednesday's game against the Hawks. 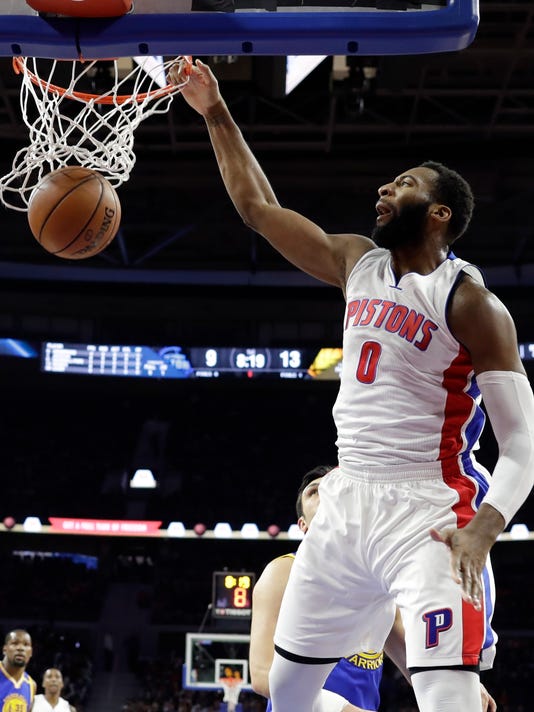 Auburn Hills — The injury list seems to grow every day. Just when the Pistons were looking to get some of their players back, they add a couple more.

Drummond hurt his right knee early in the third quarter of Sunday’s win over the Los Angeles Lakers. He returned to the game but had some soreness and didn’t participate on Tuesday. Coach Stan Van Gundy said Drummond would have an MRI later Tuesday to update his progress before Wednesday’s game against the Atlanta Hawks.

Jon Leuer, who had a knee bruise and missed the last four games of the five-game western trip, returned to practice.  Van Gundy said Leuer would see a doctor Tuesday and could get back in the starting lineup Wednesday.

“He practiced today,” Van Gundy said. “We went up and down floor. If he tells me he’s ready, he’ll play.”

Baynes was working out before practice on Tuesday and hurt his left knee but neither the severity, nor his status for Wednesday, is clear.