Dakota Mathias could have outside shot with Pistons 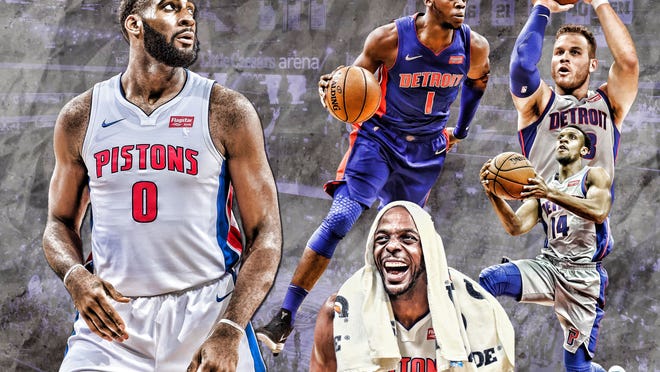 Auburn Hills — At Purdue, Dakota Mathias played four years and was a fixture in the lineup, appearing in a school-record 141 games.

By itself, that doesn’t mean much in the NBA. Mathias was among the prospects who interviewed and worked out for the Pistons on Wednesday morning, hoping to be the choice with their second-round pick (42nd overall).

At 6-foot-4, Mathias was a 3-point ace, the Boilermakers’ leading long-distance shooter his senior season. That could be attractive for the Pistons, who are in a tough spot. They need scorers and outside shooters, but don't have the financial flexibility to get them on the free-agent market of NBA veterans.

Because they’re over the salary cap, the Pistons will look at some cheaper options, which could include getting good value with their second-round pick or finding a steal among minimum-salary free agents.

That’s where Mathias could work. He made the All-Big Ten defensive team in his junior season and he hit 46.6 percent on 3-pointers as a senior.

“(The 3-point shooting) doesn’t hurt. They always talk about having a niche in the league and being able to shoot the ball,” Mathias said.

For many college players, the transition to the NBA 3-point line is sometimes difficult. Even Pistons guard Luke Kennard, who hit 44 percent on 3-pointers in his two seasons at Duke, admitted that the difference sometimes can be daunting.

Mathias doesn’t see the difference as an issue, as he already had some practice.

“It’s kind of natural and I’ve shot a little deeper," he said. "It’s been fun being able to shoot the ball and move off screens and all the shooting I can bring to a team.”

NBA offenses and defenses generally are more complex than in college. Mathias thinks he can make the adjustment, which includes switching onto bigger players in pick-and-roll situations. He said he's been able to demonstrate that ability in a half-dozen workouts with NBA teams.

His size could make him an interesting choice as a combo guard, potentially on a workable contract. Many mock drafts have Mathias rated outside the top 60, but being undrafted wouldn’t necessarily be a bad thing.

“Everybody wants to get drafted but sometimes if it’s not the right fit. It might be better to go undrafted to see how you fit in with a different team or the roster,” Mathias said. “Either way, we’re going to find the right place and make the most out of it.”

One of the other intriguing prospects Wednesday was Alize Johnson, a 6-foot-8 forward from Missouri State. Johnson, who is rated No. 48 by ESPN, could be in the Pistons’ range, and his athleticism and ability to switch on the defensive end could translate well in the NBA.

Johnson has worked out for 10 teams so far and he’s gotten some good feedback.

“Just keep bringing energy -- that’ll be my way in -- and keep my high motor, rebound the basketball, get out in transition and make the right plays and prove I can defend multiple positions and shoot the ball,” Johnson said.

“The game is changing where you have to guard and contain off the pick-and-roll. I can contain (guards) for quite some time and defend all positions, including a (big man). I need to prove I can be a consistent shooter and have athleticism and rebound at a high level.”

Johnson’s size was something of a surprise, as he grew two inches each year in his last three years of high school. He was a point guard at the time, so the ball-handling skills he had proved to be an asset as he got taller.

At 6-8, those are key skills for his size and add to his versatility on the offensive end.

While predicting the second round is always tough, Johnson is confident a team will see his value and he’ll have a memorable draft night.

“I think my name is going to be called,” he said. “At the end of the day, that’s out of my control. I’m going out in these workouts and trying to compete and show I belong so I can hear my name called.”