Pistons duo going in different directions in the rankings. 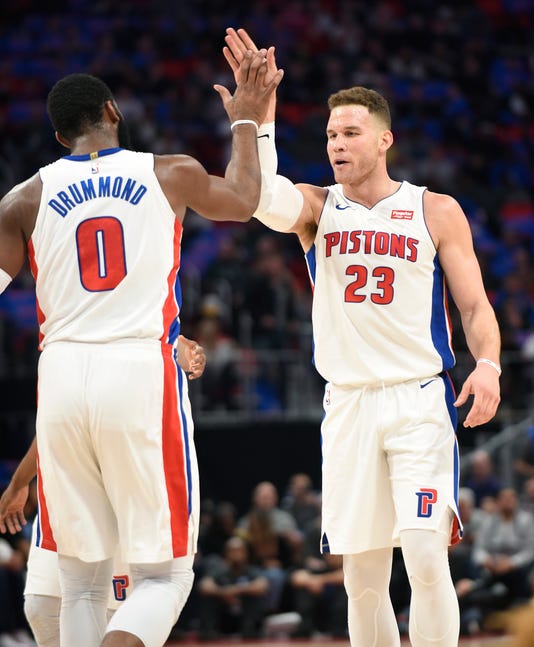 ESPN released its preseason rankings for NBA players, from No. 31-50, on Tuesday and the Pistons had two players represented.

Andre Drummond climbed up from a previous rank of No. 53, to 46.

ESPN's Matt Williams said of Drummond at that spot: "Drummond led the NBA in rebounds per game last season, averaging 16 boards to go along with 15 PPG. He was the first player to average 15 points and 15 rebounds in a season since Kevin Love in 2011, and he is the only player in Pistons history to accomplish the feat."

Blake Griffin, however, slid from No. 24 to 33 on this go-around in the rankings.

ESPN's Royce Webb said of Griffin's ranking: "Just four years ago, he finished No. 5 in NBArank, but a more ground-bound Griffin is out of the top 30 as he approaches age 30. Even this lower ranking exceeds his RPM projection, and the Pistons likely will need him to outplay that projection to be more than a playoff bubble team.

"Hope lies in the continued evolution of his game as more of a playmaker and 3-point shooter."