With training camp starting this week, Pistons have building pressure to makes the playoffs this season 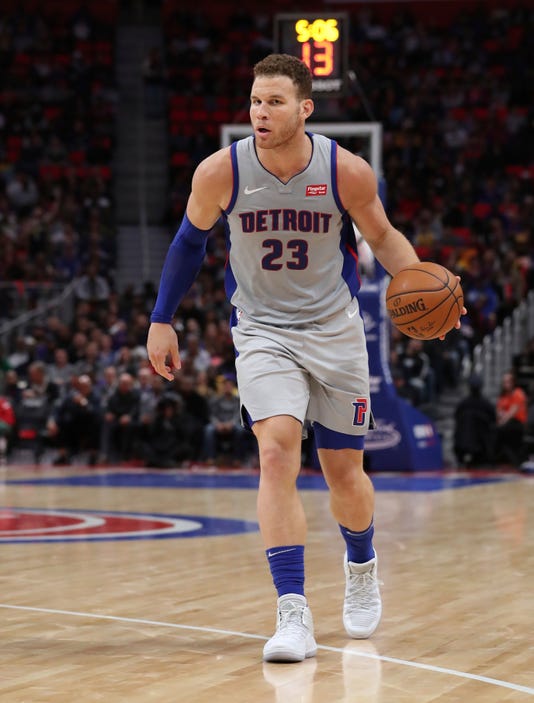 The Pistons are set to start training camp this week with many of the same questions they’ve had over the past few years — mainly about their health, their overall direction and their chances to make the playoffs.

What’s different this year is their coaching staff, including first-year coach Dwane Casey, who was the NBA coach of the year last season with the Toronto Raptors. The Pistons also have some new pieces added to the reserve group, who could propel them to be the only Detroit pro sports team to make the postseason this year.

After a 39-43 record last season, the Pistons will bring back most of the same cast, but there are many major questions that will determine what kind of season the Pistons have: either another disappointment ending with a lottery pick in the draft, or just their second playoff berth in the past decade.

Beyond leading the Raptors to a franchise-record 59 wins last season, Casey established a culture of success in Toronto that made them a perennial contender in the Eastern Conference. He had an All-Star backcourt in Kyle Lowry and DeMar DeRozan, but it’s worth noting that the Casey was 23-43 in his first season and gradually turned things around, increasing their win total in six of his seven years there. 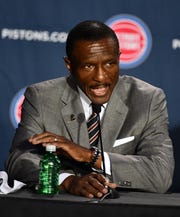 Casey is highly regarded for building relationships with players, which was one of the bigger concerns with Stan Van Gundy and the Pistons last season. Casey already has made some strides, with several meetings with players early in the summer to establish expectations, plus getting buy-in during early workouts. The proof will come if he’s able to continue that throughout his first season with a team that has the talent to contend sooner than later.

Another Casey strength is player development. He built the Raptors’ second unit into one of the best in the league, mostly by giving them the opportunity and freedom to make mistakes, with the end goal of figuring everything out. He found success with the likes of Pascal Siakam, Jakob Poeltl and Fred VanVleet, so getting more out of the Pistons’ bench and their younger players is a priority.

In the past two seasons, the Pistons’ playoff hopes have been dulled by Reggie Jackson’s major injuries, which caused him to miss 37 games last season (grade-3 ankle sprain) and 30 games (tendinitis) in 2016-17. The Pistons aren’t nearly the same without Jackson and leading into training camp, Jackson hasn’t been participating in full-contact workouts, which brings more concern to how well he has recovered and whether he’ll start the regular season at 100 percent.

Blake Griffin is healthy for the first time in a couple of seasons and appears ready to go for his first training camp with the Pistons. His nagging injuries in past years were cause for concern, but if he can stay healthy, putting him in a ball-handling role could be one of the short-tern answers if Jackson isn’t ready to return.

Jon Leuer (knee surgery) and Luke Kennard (knee sprain) have been working their way back from offseason injuries. Leuer missed all but eight games last season and his return will improve the Pistons’ frontcourt depth off the bench. Kennard is expected to have a significant role with the second unit, but missed Summer League and a significant opportunity for development. 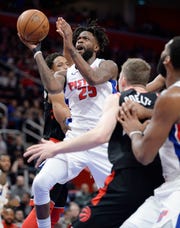 With last season’s emergence of Reggie Bullock, who was second in the league, shooting 45 percent on 3-pointers, the Pistons improved their wing depth, which allowed them to be patient with Kennard in his rookie season.  In his fourth season, Stanley Johnson is entering a make-or-break year of his career and will have to compete for the starting spot with Glenn Robinson III, an important acquisition for the Pistons in free agency. The four bring a diverse skill set — so much so that there’s no consensus on which two will start — and add some needed depth to one of the most important positions in the league.

The Pistons haven’t won a playoff series — or even a playoff game — since their loss to the Celtics in the Eastern Conference Finals in 2007-08. Pistons owner Tom Gores has high expectations, especially after the heavy investment in adding Blake Griffin to the roster, in addition to the max contract for Andre Drummond and some other big-ticket additions in free agency. It’s time for those to pay off — or it could spell the start to dismantling the roster.

With LeBron James’ move to the Lakers, the Eastern Conference is a bit weaker, which logically would mean the Pistons could catapult up the standings into playoff position — but that’s not a given, especially given the Pistons’ injury history. A good year, with a first-round playoff series win, could move the Pistons out of fourth place among Detroit’s pro sports teams.

How does it all come together? The mix of two big men of All-Star caliber, Blake Griffin and Andre Drummond, paired with an oft-injured point guard and wings who are all either poised for a breakout year or a tumble to the doldrums teeters often. Add in a new coach with a new system and there’s plenty of uncertainty about how the combination will work. With it comes as much quality depth as the Pistons have had in years and questions still abound.

The task for Casey and the new coaching staff will be to motivate and execute quickly and to get the Pistons back to the postseason. That’s the expectation — and they’ll have time to do it, but with a fan base that’s quickly filling with apathy.