Beard: These aren't the same old Pistons, so far

Beard: These aren't the same old Pistons, so far 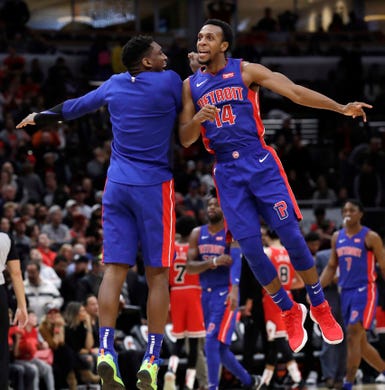 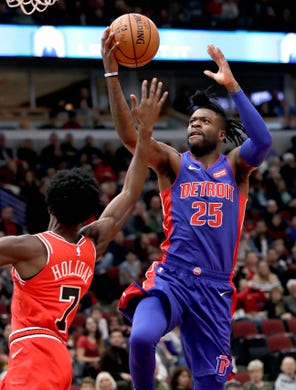 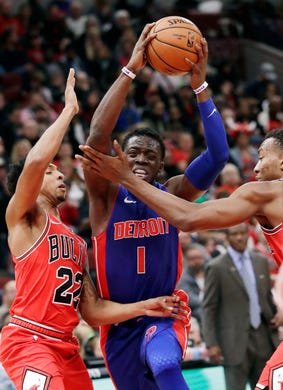 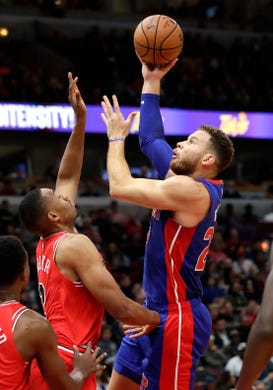 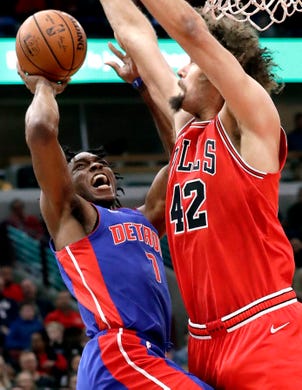 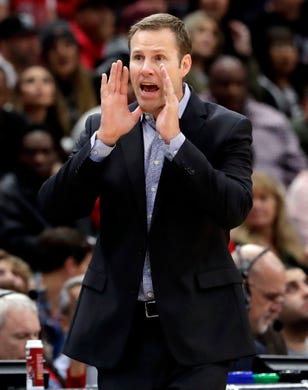 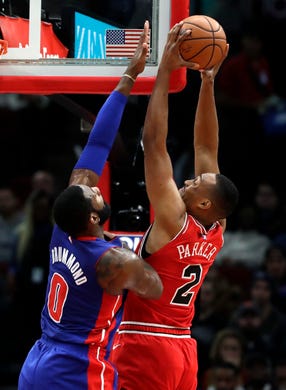 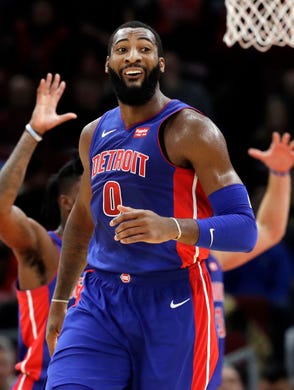 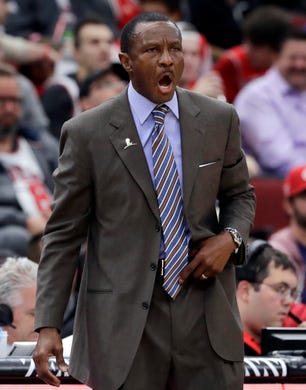 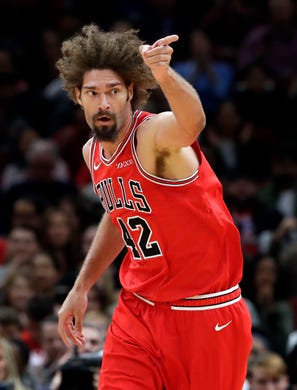 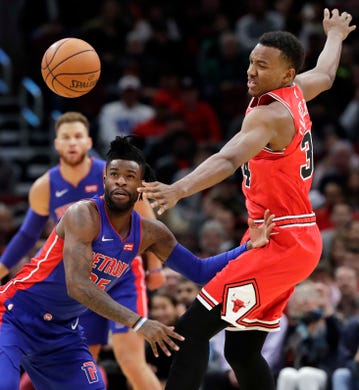 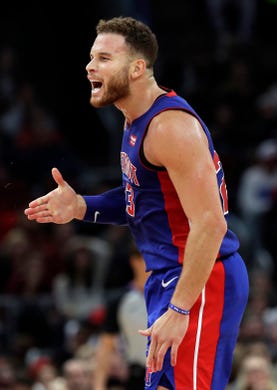 Detroit Pistons forward Blake Griffin reacts after making a 3-pointer against the Chicago Bulls during the second half. Nam Y. Huh, AP
Fullscreen 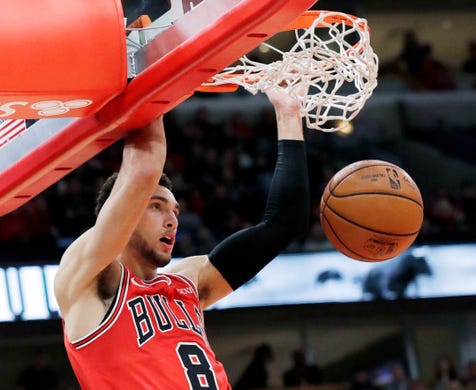 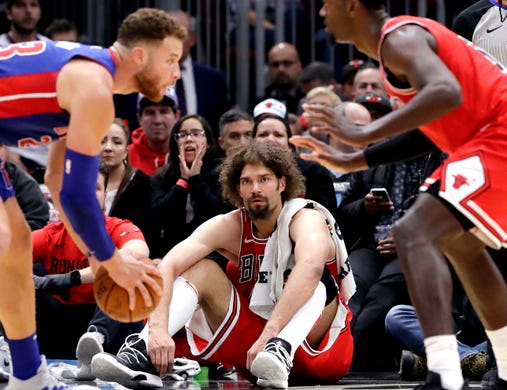 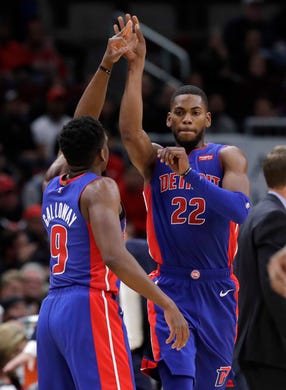 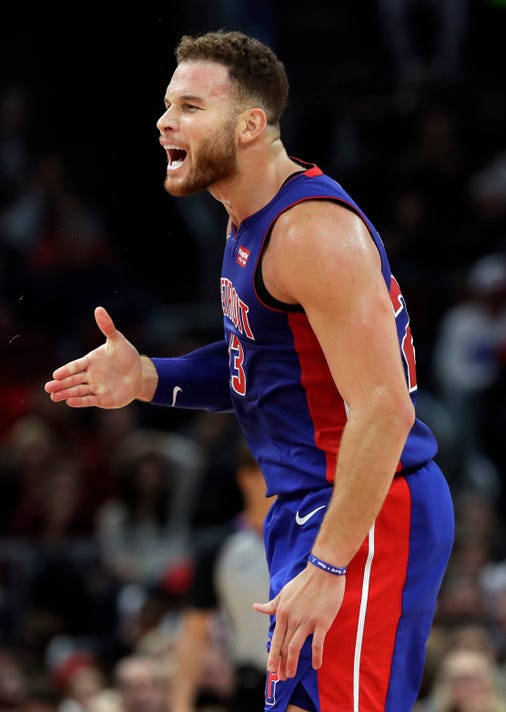 Actually, there might be a couple of sheriffs for the Pistons. Of course, new coach Dwane Casey has made his mark in his short stint at the helm, but Blake Griffin seems to have a de facto badge on his jersey.

Griffin has taken a much more vocal leadership platform since arriving in late January, but more especially, in the early part of the regular season.

Casey has helped the Pistons to a 2-0 mark but Griffin has been doing a little of everything on the court, including 33 points, 12 rebounds and five assists in Saturday’s win over the Bulls. More than that, he’s holding his teammates accountable for their mistakes that nearly have cost them the two wins.

“As a team, I don’t know. We have some work to do. At times, we were playing some solid 'B' basketball but sometimes we’re playing D basketball,” Griffin said. “We have to get back to the drawing board and clean up some of these mistakes.”

Last season, Griffin wasn’t nearly as demonstrative or critical of their performances, but he sees where the Pistons can improve. In previous years, there were instances in close games where the Pistons made mental errors that would have lost games like both of the first two this season.

They are fortunate to have them as wins this time. Granted, the wins are against the Nets and Bulls — two of the lower-rung teams in the East who won a combined 55 games last season — but 2-0 is 2-0.

Having Griffin not be content and speaking out about it is a departure from the leadership the Pistons have had in recent years, and Ish Smith sees that as one of Griffin’s better qualities that’s helping in the evolution.

“That’s just his greatness. He’s been over there with the Clippers and their expectations are a whole lot higher,” Smith said. “He’s trying to get our mindset up to that expectation.”

Blake Griffin had 33 points and defended the potential winning shot to preserve the win. The Detroit News

The Monday Drive takes a look at some of the other changes the Pistons are seeing, as well as a look ahead to their week:

1. Reggie off the ball

Reggie Jackson is a point guard, but Casey is leveraging his skill set as a 3-point shooter and utilizing Jackson different in the offense. Playing Smith and Jackson together provides more quickness from Smith and puts Jackson on the weak side as a spot-up shooter, which is one of his strengths. Jackson went 4-of-7 on from beyond the arc and finished with 18 points and six assists. It’s a more productive and efficient version of Jackson, who went 4-of-9 from the field. His offensive rating — though a small sample size — is 120, which is the best of his career. Down the stretch, Smith was handling and facilitating while Jackson was the shooting guard. It worked, at least for a night.

Andre Drummond fouled out with 1:19 left in the game, after notching 10 points and 12 rebounds. It’s his second straight game in serious foul trouble (he had five in the opener) and he and Casey are frustrated.

While in foul trouble, Drummond has been more tentative in guarding the rim and the Pistons have allowed open lanes for easy baskets.

Luke Kennard didn’t play Saturday after starting in the opener. It’s somewhat puzzling, but it seems to be Casey’s sign that he will play odd lineups and there aren’t many guarantees for playing time. Casey said they “can’t play 15 people,” and mentioned the crowded rotation. It’s clear that Kennard is an integral part of the Pistons’ long-term plans but his offseason knee injury looks to have played a role in his slow start to the season. It seems that things could change quickly in Casey’s rotations and the game plans can change based on several factors, but he values ball-handling and multi-functional guards.

Griffin is averaging 29.5 points, 10 rebounds and 5.5 assists, with an offensive rating of 142. He’s impacting the game because of his versatility and at 6-foot-10, he can dominate in the paint and suck in defenders, before passing out to open shooters. It’s a case of reworking the offense, but it’s providing mismatches and Griffin, who was 5-of-7 on 3-pointers is making all the right choices.

The Pistons will have bigger tests this week with home games against the 76ers, Cavaliers and Celtics. In the preseason, they easily handled the Cavs, who sat most of their starters. Finishing at least 2-1 this week would send a message that the Pistons might be for real. They’ve had trouble with the 76ers and Joel Embiid, so Drummond will be tested in how he defends without fouling.