Joel Embiid on Andre Drummond: ‘I own real estate in his head’

Pistons center Andre Drummond was ejected in the final minute of regulation of the Pistons’ overtime win against the Philadelphia 76ers on Tuesday night after his second technical foul.

Joel Embiid on Andre Drummond: ‘I own real estate in his head’

The Pistons' Zaza Pachulia and Reggie Bullock celebrate with Blake Griffin after he completed a three-point play to give the Pistons a one-point lead with 1.8 second left in the game. Griffin had a career high 50 points, The Pistons defeated the 76ers 133-132 in OT, Tuesday, October 23, 2018 at Little Caesars Arena in Detroit, Michigan. Clarence Tabb Jr., Detroit News
Fullscreen 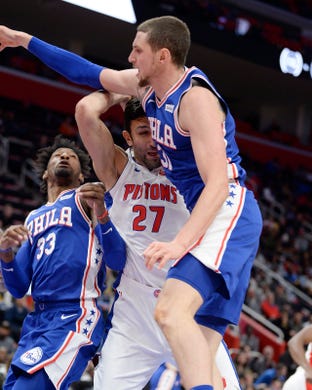 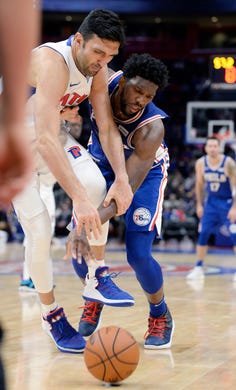 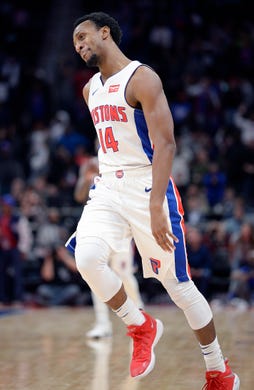 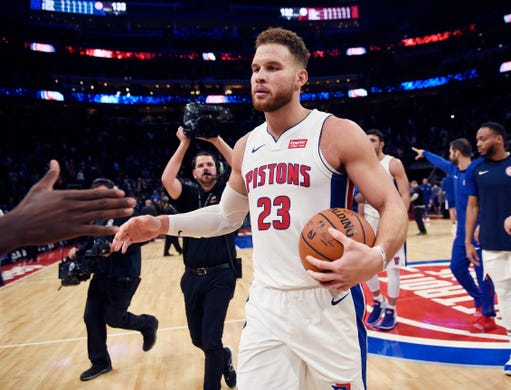 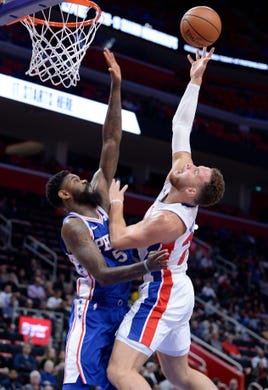 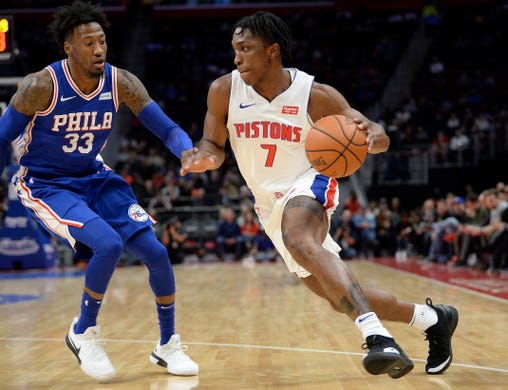 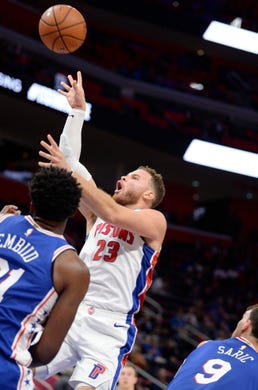 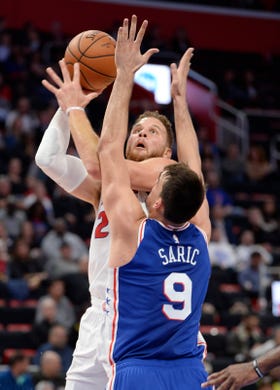 Andre Drummond of the Detroit Pistons battles for the ball with Joel Embiid of the Philadelphia 76ers during the second half Tuesday night.(Photo: Gregory Shamus, Getty Images)

The talk and the play went back and forth all night.

And it wasn't the first time for Pistons center Andre Drummond and Sixers big man Joel Embiid. They had a history of trash talk last season, but the latest edition included an ejection for Drummond in the final minute of the Pistons' overtime win on Tuesday night at Little Caesars Arena, when Drummond was ejected for his second technical foul of the game.

Embiid was getting the better of Drummond and started chirping again in the fourth quarter. In the final minute, Embiid drove to the basket and fell to the court. Drummond’s hand brushed the face of Embiid, who appeared to embellish the incident by flopping to the floor.

That sure looked like a Joel Embiid flop... pic.twitter.com/fbPxswOwST

"The whole game there were a lot of cheap shots taken," Embiid said of Drummond to Philly.com. "The next one (referee) Tyler (Ford) said he was going to get a technical foul.

"Obviously, on the second (technical), you can see that he hit me and his hand actually touched my face," he said. "So that's his problem.

"I feel like I own a lot of real estate in his head."

#Sixers@JoelEmbiid on why Andre Drummond got ejected. The center also added “I feel like I own a lot of real estate in his head.” pic.twitter.com/M5ciGdzF5w

“LOL does he? If that’s so he wouldn’t be so excited to have me off the floor? Think about it that’s a silly statement! I’ll take the W though. Enjoy flight home.”

Drummond and Embiid have been frequent sparring partners with trash talking during games and on social media. Last season, Embiid said Drummond was a terrible defensive player, then later said Drummond’s can’t shoot.

Pistons coach Dwane Casey said the incident is an opportunity for growth for the Pistons, who gutted through the overtime session without Drummond.

"One thing we have to do is keep our heads. I told our team, ‘We hurt ourselves as much as they hurt us.’ We got to keep our heads," Casey said. "We are learning; we’re young. I love our guys but we get excited in those moments and we just have to maintain our focus, maintain our poise and don’t let a guy talking stuff to you take you out of what you want to do.

"Those are the winning plays you have to make and stay disciplined in those situations. Not just Andre, but everyone: myself, the coaches. We just have to be a disciplined organization in those quarters."