'We found a way': Pistons shake off Magic in OT

'We found a way': Pistons shake off Magic in OT

The Pistons have won two of the last three and moved ahead of Orlando in the Eastern Conference standings. The Detroit News

Detroit — On one hand, it’s game No. 43 in an 82-game schedule. On another, it’s an important win the Pistons needed, both to get out of their rut and to have in their pocket as a potential playoff tiebreaker.

Either way, the Pistons came through when they needed to and pulled out a 120-115 overtime victory over the Orlando Magic on Wednesday night at Little Caesars Arena.

With the win, the Pistons (19-24) moved a half-game ahead of the Magic (19-25), into ninth place in the East, and also moved to 2-1 in the head-to-head matchup against Orlando this season. That could come into play if the two teams end up tied at the end of the regular season.

As they did in their past two games — a win over the Clippers and a loss to the Jazz — the Pistons played tougher and were in the game until the end.

Griffin scored the last seven points of the game, after Terrence Ross (24 points) hit back-to-back 3-pointers to give the Magic a 115-113 advantage with 3:38 left in overtime. The Pistons started the extra period with a hook by Drummond and a floater by Reggie Jackson (13 points) to take a 113-109 lead.

The Pistons lost on a buzzer-beater in Orlando on Dec. 30 but this time, they showed moxie in overtime.

“That was the thing: We found a way. It’s about habits. When things get bad and adversity hits, you go back to the habits,” coach Dwane Casey said. “When you build that resiliency, that attitude and that sense of purpose, good things happen. It doesn’t take talent to run the floor hard, to screen, to box out and rebound.

“With that, you have to put IQ with it. We played hard and went back to the hard times we had in (Los Angeles) and Utah and bounced back from it and put it to use.”

Blake Griffin had 30 points as the Pistons beat Orlando, 120-115, in overtime on Wednesday. The Detroit News

The Pistons looked to have the game in control, taking a 105-97 lead at the 4:41 mark of the fourth, after a lay-in by Kennard and a back-door cut by Reggie Bullock (13 points and six assists).

But the Magic countered with seven straight points, with a drive by Evan Fournier (18 points) and a 3-pointer and lay-in by Nikola Vucevic with 3:22 left to get within one.

After two free throws from Griffin, the Magic added a free throw from Fournier and a dunk by Vucevic (24 points and 13 rebounds) to tie it at 107 and moved ahead on a drive by D.J. Augustin (13 points and seven assists). The Pistons tied it on Drummond’s putback with 32.9 seconds left in regulation.

Griffin had the last shot in regulation but missed a jumper as time expired.

The Magic led, 63-58, at halftime after shooting 68 percent (27-of-40) from the field and getting almost any look at the basket they wanted. They were 40 percent (6-of-15) from beyond the arc, but the Pistons played better defense in the third quarter and the Magic cooled off, hitting just 35 percent in the third quarter. 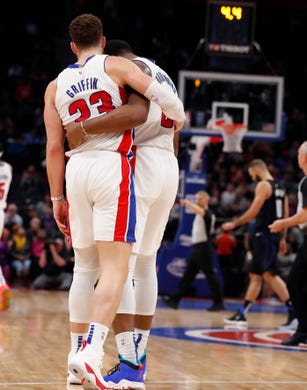 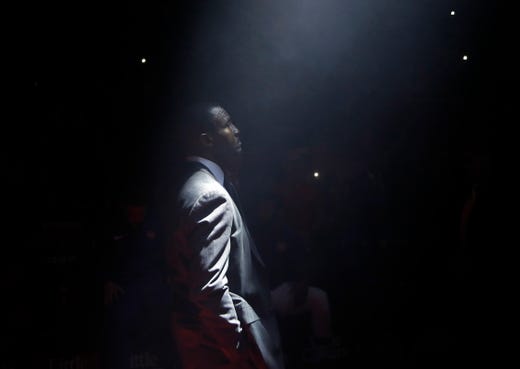 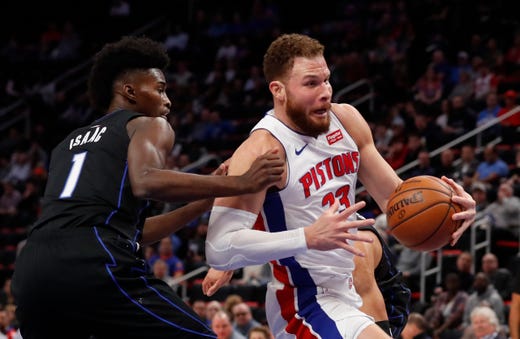 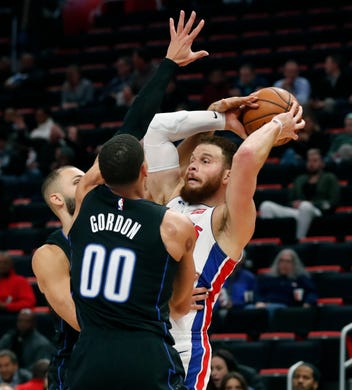 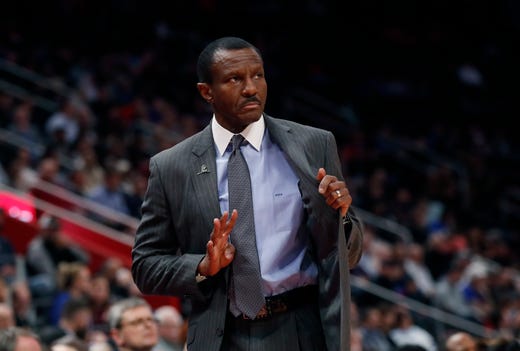 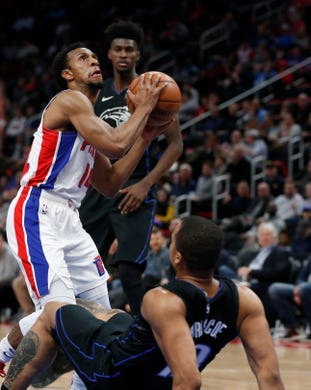 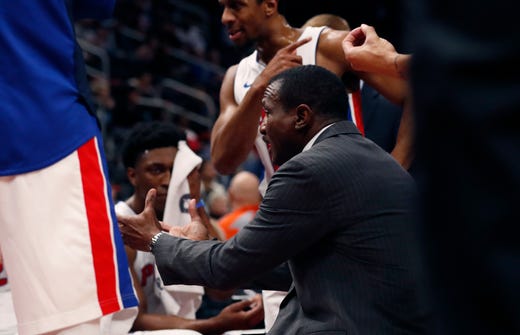 Detroit Pistons head coach Dwane Casey talks to the team during a break in the first half. Carlos Osorio, AP
Fullscreen 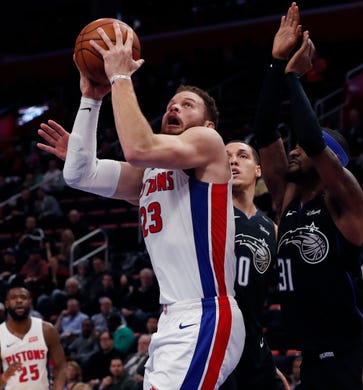 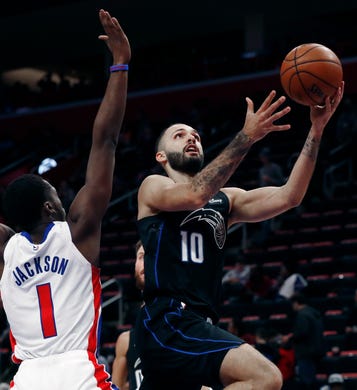 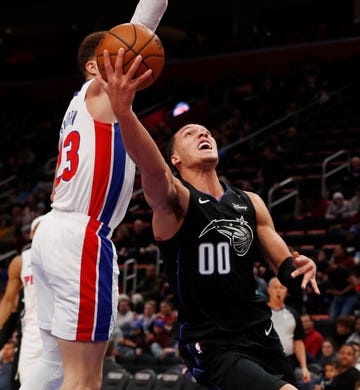 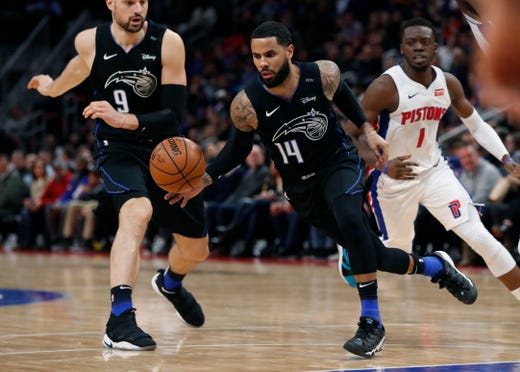 1. The Magic offense was humming in the first half and they were getting every good look at the basket that they wanted. In the first quarter, they shot 75 percent (15-of-20) and hit half of their eight 3-pointers. In fact, they were 11-of-12 inside the arc and had 16 points in the paint. The good looks and hot shooting continued into halftime, as they hit 68 percent from the field.

2. Ish Smith continues to work his way back from his groin injury but had some productive minutes, with six points and three assists in 22 minutes. He hit a 3-pointer but his speed and burst off the dribble still aren’t quite back to form yet. The bench unit looked better with him at the helm.

3. Zaza Pachulia provided some quality minutes off the bench in his first game back after missing eight games because of a leg contusion. He came in during a critical part of the third quarter and played good interior defense, while Drummond was on the bench. It’s the toughness inside that the Pistons were missing during Pachulia’s injury and with it back, they were a bit stronger in the paint.

4. Khyri Thomas, who had played in the previous three games, was a late scratch because of lower-back soreness. In the game against the Jazz on Monday, he collided with Rudy Gobert and was down on the court for a minute but seemed to be okay. The Pistons thought there might have been a more flagrant foul but nothing else was called.

5. The Pistons have had three straight games of good energy and effort, which is an encouraging sign. The streak started with the Clippers win and continued in the Jazz loss, but there were some encouraging signs. In the second half Wednesday, they picked it up again.