On most nights, NBA players can block out the noise and distraction of opposing fans. 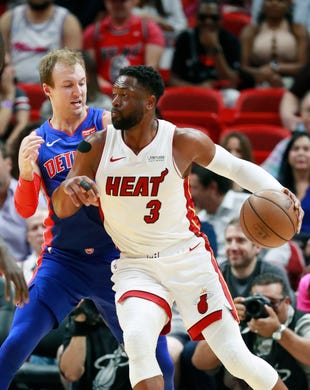 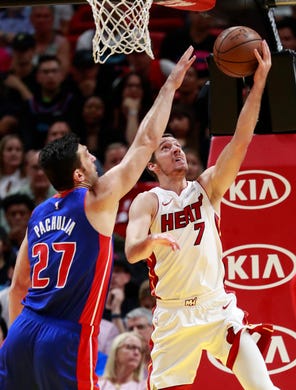 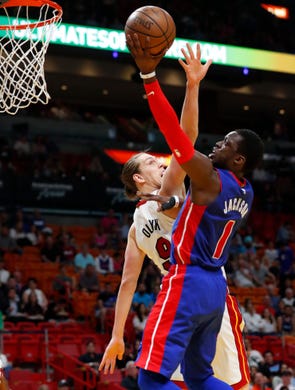 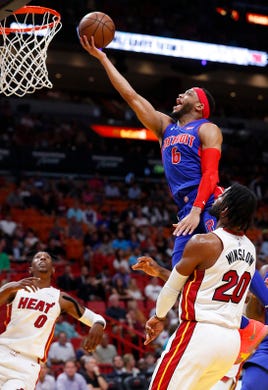 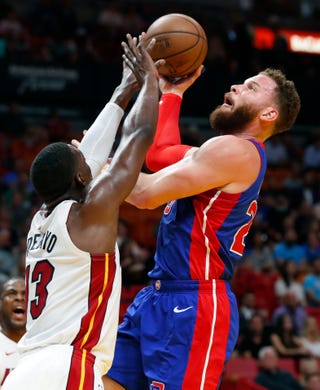 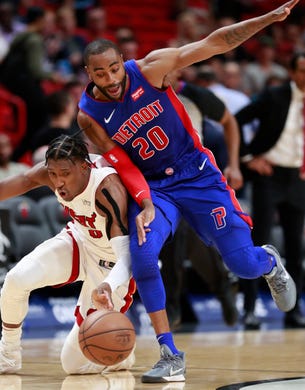 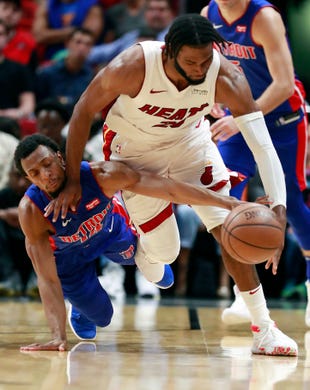 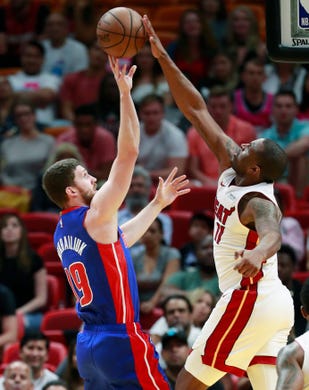 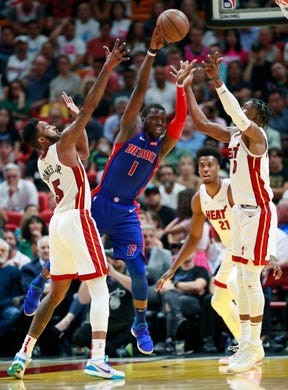 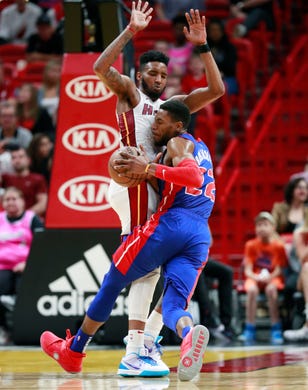 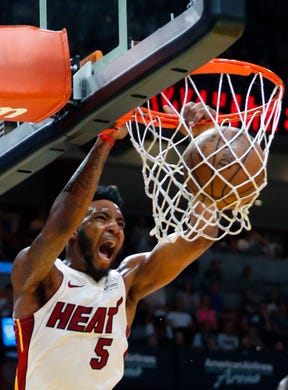 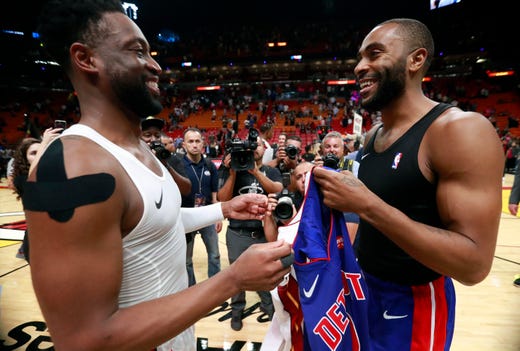 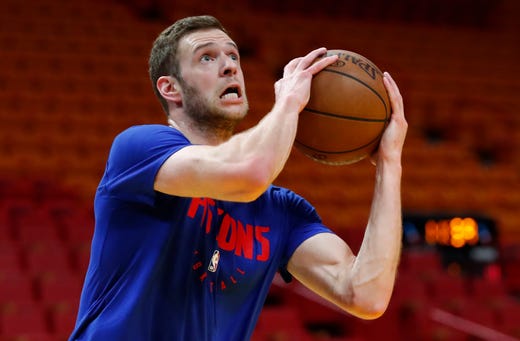 Detroit Pistons forward Jon Leuer warms up before the start of an NBA basketball game against the Miami Heat. Wilfredo Lee, AP
Fullscreen 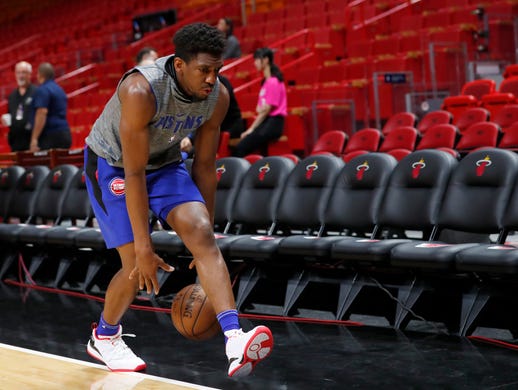 Detroit Pistons guard Langston Galloway warms up before the start of an NBA basketball game against the Miami Heat. Wilfredo Lee, AP
Fullscreen

Miami — On most nights, NBA players can block out the noise and distraction of opposing fans. When they’re on the road, players almost have an expectation of getting some level of good-natured trash talk and ribbing from fans who are rooting on their team and trying get in the minds of the visiting players. 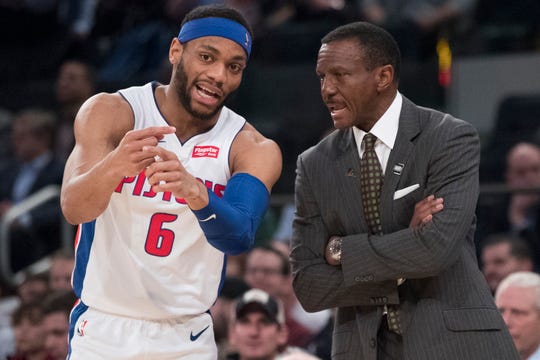 It’s a different story when the yelling and heckling goes up a notch, as it did in Utah, when a fan verbally went after Thunder guard Russell Westbrook. The fan’s comments allegedly had racial undertones and after an investigation, the Utah Jazz permanently banned the fan from coming to their games.

The NBA fined Westbrook $25,000 for threatening and using profanity in reacting to the fan.

Negative fan interactions have been an escalating issue in the league in recent years and Pistons coach Dwane Casey said it’s getting worse, but teams have to try to take the high road in dealing with the fans.

“You hear it from the stands from the coaching standpoint and people say things, but as pros, we have to tune it out,” Casey said Wednesday. “When they cross the line, the league and organizations are doing a good job of weeding out some of those people."

“If what (Westbrook said the fan) said the other night is true, it definitely crossed the line. It’s a responsibility on both sides.”

It doesn’t mean fans can’t be passionate about their teams, but what is appropriate and what is not can be a gray area. During his time in Toronto, Casey experienced one of the most rabid fan bases in the league but has seen his share of boo birds and hecklers on the road.

Fans sometimes feel free to say whatever they want, and their comments can become off-color or distasteful, and that has prompted the NBA to distribute reminders around the courtside seats of the league’s policy on fan behavior.

Ushers and security staff have gotten involved in some cases but more often, it’s garden-variety heckling that is good-natured.

“I love the passion by a lot of fans in the arenas but there’s a lot of people who don’t realize they cross the line and they have an obligation to enjoy the game and be passionate about their team but not cross the line and be personal,” Casey said. “It’s hard to turn the other cheek when it’s personal. In today’s world, both sides have a responsibility — fans and players.

“It doesn’t give a fan the license to say anything that’s personal that they want to say to a player and not expect some response back.”

In the aftermath of the drubbing by the Nets on Monday, Casey was irritated by the Pistons’ lack of energy and what he calls the "give-a-crap" level. Although the Pistons were on the second night of a home-road back-to-back, Casey was disappointed in how his team started the game and seemed to let the Nets do what they wanted.

What was as disappointing was how the Nets celebrated after going on a big run and the Pistons didn’t seem to have a response — neither in their play nor in their personality. He suggested that the Nets were showing up the Pistons and he wanted a stronger message sent.

He’s not condoning fighting, but he noted how Raptors big man Serge Ibaka responded in a similar situation, when they were down big and the Suns’ Marquese Chriss seemed to provoke Ibaka with a stare.

“They were laughing and jumping up and down on the sideline,” Casey said. “Anytime a team does that, it should hurt your pride, when teams are high-fiving and knocking down shots.

“I didn’t like what Serge Ibaka did the other night with the fight, but we have to take it personally that they were celebrating. We have to come out with a disposition that’s physical and smart.”

Ibaka was suspended for three games and Chriss one game for the fracas.